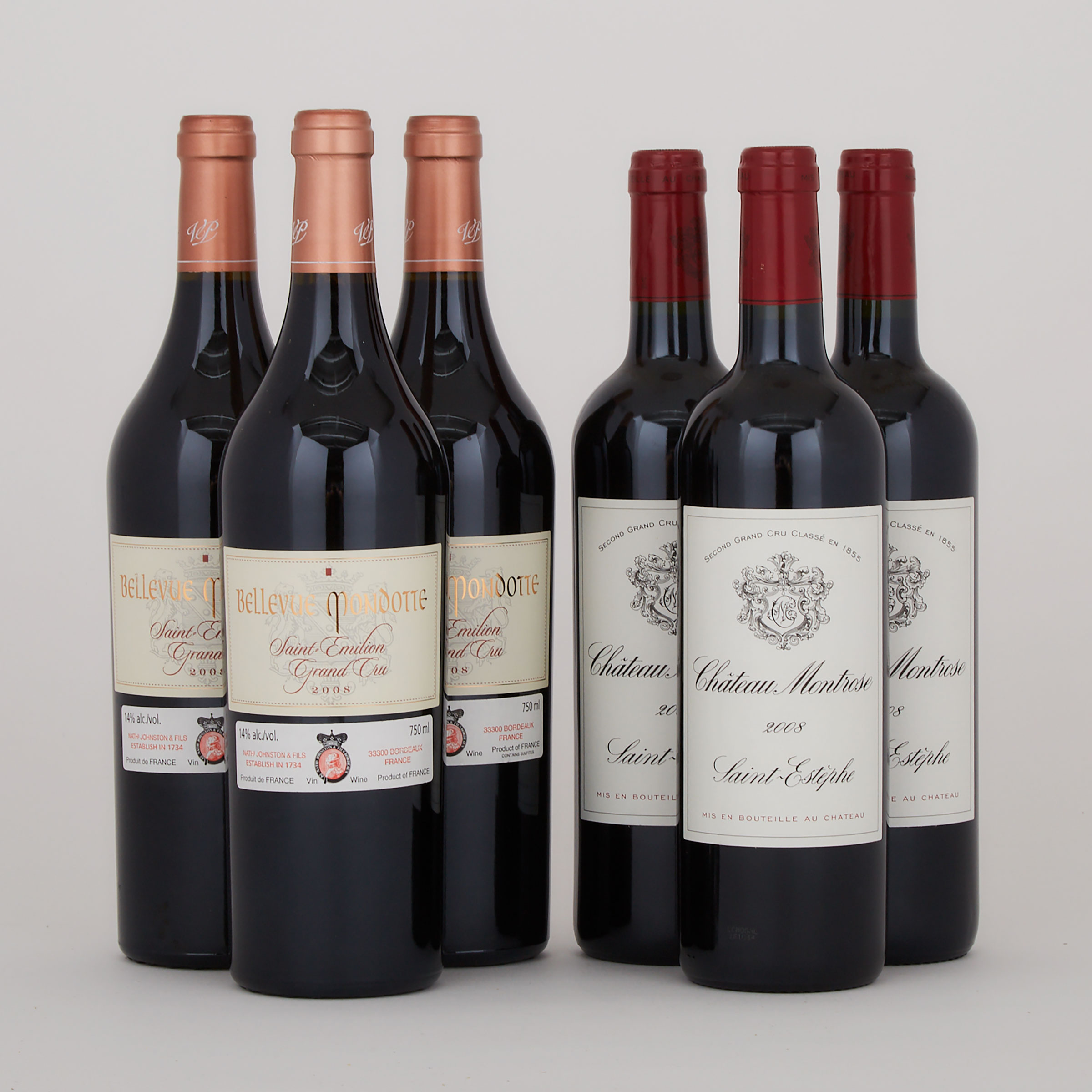 An extraordinary effort in this vintage, this 2008 was made from lower yields than the 2010 (the 2008's equaled 20 hectoliters per hectare) and is a blend of 90% Merlot and equal parts Cabernet Franc and Cabernet Sauvignon that came in at 14% natural alcohol. Michel Rolland has been the consultant for all the Perse estates since their acquisition, and the 2008's fruit was harvested very late, October 20. The result is a backward, dense purple-colored wine revealing a crushed rock-like liqueur along with highly extracted, massive flavors of black currants, sweet cherries, licorice and toast. This full-bodied effort requires 5-6 years of bottle age and should last for 25-30 years. May 2011 WA 95+

Tasted at the château, the 2008 Montrose is a blend of 65% Cabernet Sauvignon, 30% Merlot, 4% Cabernet Franc and 1% Petit Verdot picked between 29 September and 15 October. It has a far superior bouquet compared to the underperforming 2006 with black fruit, minerals, fern and briary. It is very composed, almost understated, yet clearly with great potential. The palate is medium-bodied with grippy tannin, a fine line of acidity, powerful for the finish but with impressive mineralité and tension on the persistence finish. It is quite an audacious 2008 and one of the finest wines of the vintage. Tasted September 2016. Drink: 2020-2055 WA 94