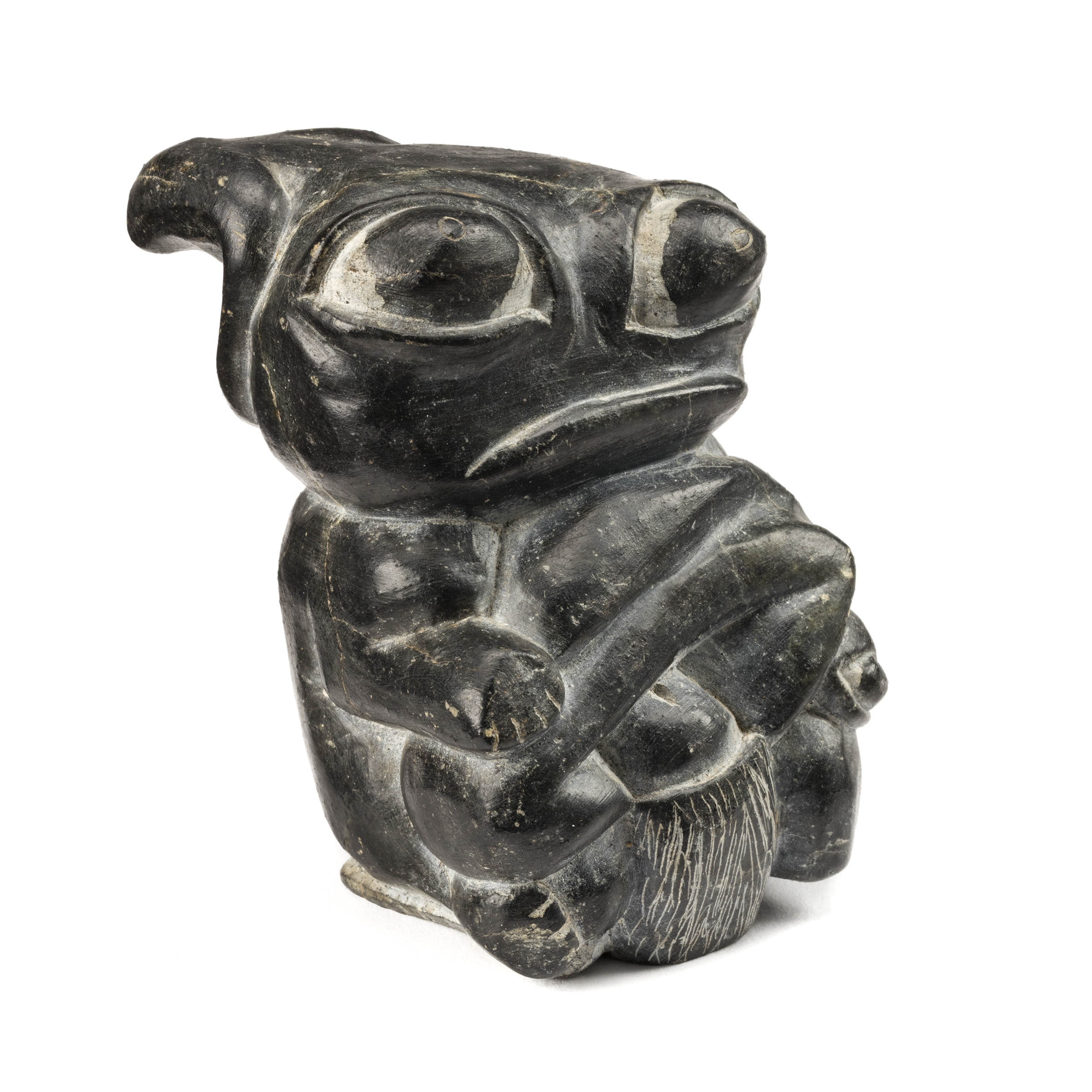 Takushurnaituk translates to “things never seen before.” That was the name of the carving competition held in Puvirnituq in 1967. It was the brainchild of Nelson Graburn, a UC Berkeley anthropologist. The idea was to spark originality. The fifty carvings submitted were narrowed down to thirty-one; eleven of these had been submitted by one artist, Eli Sallualu Qinuajua (who ended up winning the contest). Sallualu spent the rest of his career carving works that have been described as fantastic, grotesque, surreal and bizarre.

Most of Sallualu’s works depict more or less demonic creatures; many look as if they had just climbed out of paintings by Hieronymous Bosch or Salvador Dali. A relatively small number have sexual content, although several of the 1967 competition entries were sexually explicit in nature. This work depicts an Inuk orally pleasuring a female frog-like creature. The owner does not recall if the carving was actually part of the competition, but it was purchased in Puvirnituq at that exact time. In any case, the work is historically important as well as charmingly bawdy and hilarious.

a Quebec private collection; purchased in Puvirnituq in 1967 by the current owner