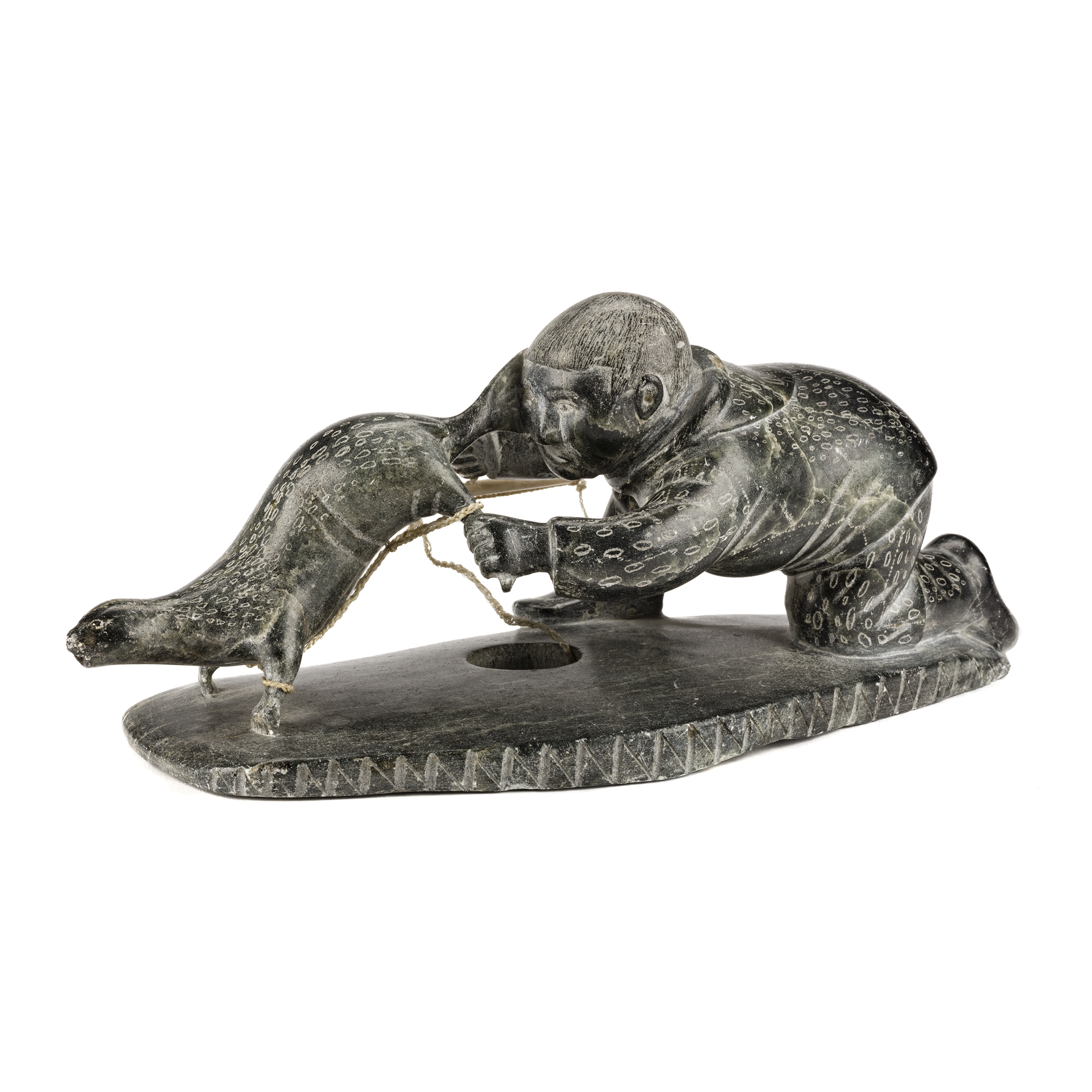 This remarkably naturalistic carving shows us just how early the realistic aesthetic took hold in Puvirnituq. The main influencer in this style was the famous Charlie Sivuarapik (1911-1968) but it is clear from this work that Qissualu was also a major talent. The sculpture has a marvelous sense of action and drama as the seal, captured but not killed, struggles to escape its hunter. The work is noteworthy not only for the naturalism of the carving but also for its carefully incised details. It is interesting to note the identical patterning on the seal and the hunter’s clothing, indicating that his outfit is made entirely of sealskin.