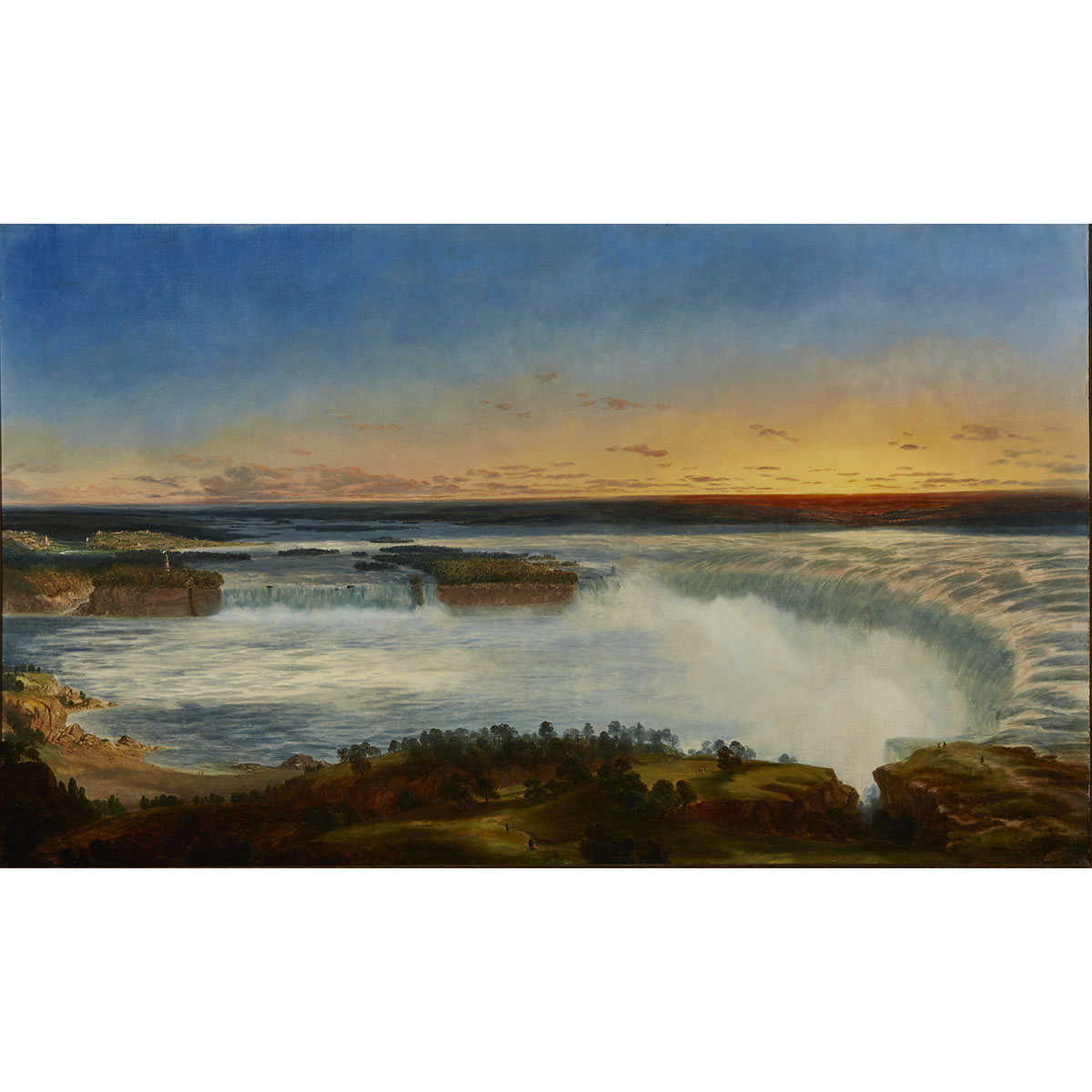 NIAGARA FALLS, CITY OF BUFFALO IN THE DISTANCE 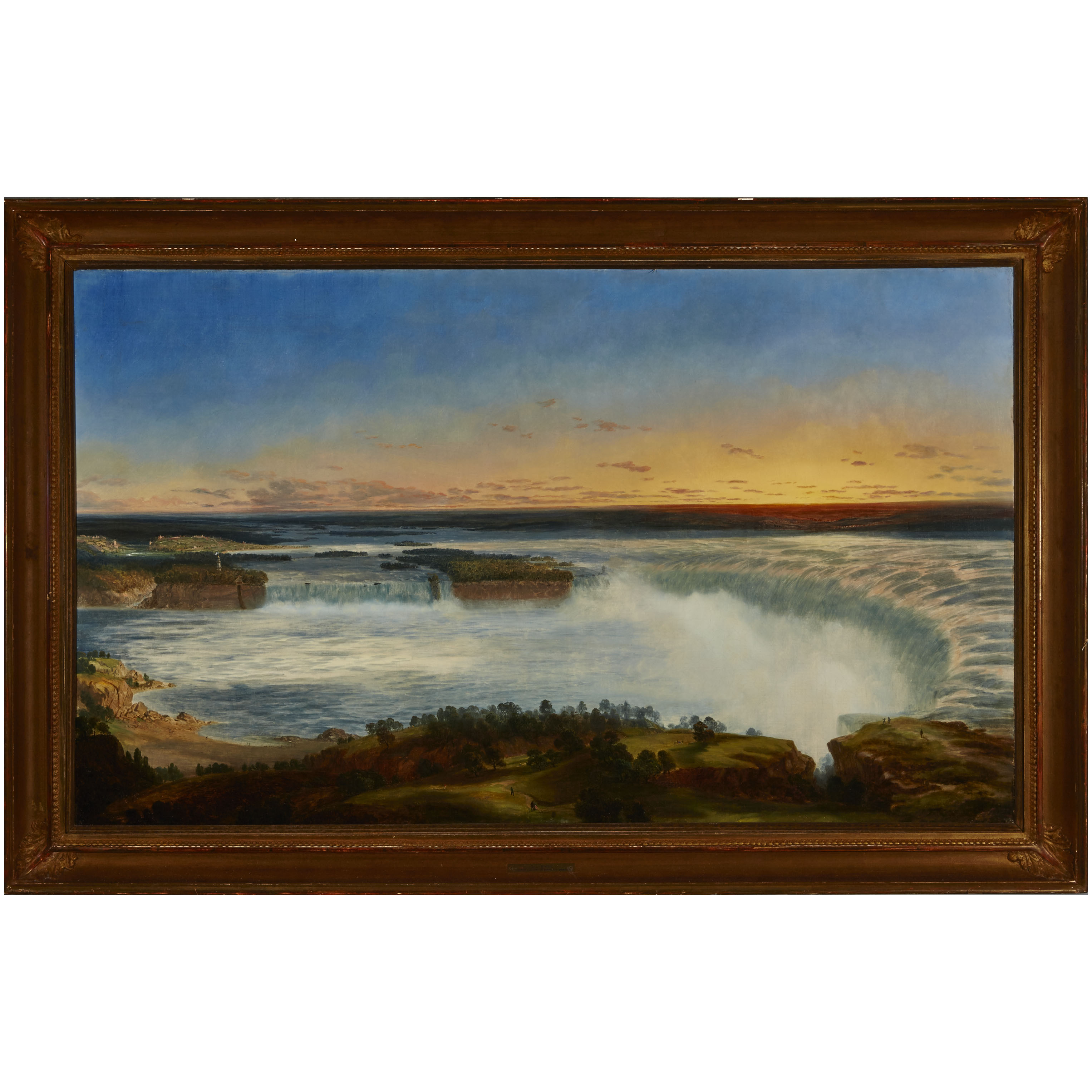 D.L. Bihan is recorded in The Dictionary of Victorian Painters. In 1852 Bihan exhibited at the Royal Academy with his painting Heath of St. Anne D’Auray, in Brittany, with Peasants returning from Church after Marriage, Cat. No. 1281.

Frost & Reed in London is recorded to have represented this rare artist’s works with another large canvas topographical view entitled Mountainous landscape with lake and islands. Benezit records one sale for Bihan’s L’Expedition de 1851, vue de Parc in London on June 4, 1909.

In the 19th century, a number of American artists were inspired to depict Niagara Falls, widely considered one of the greatest natural wonders of North America.

Niagara Falls is the collective name for the series of three thundering waterfalls that straddle the international border between Canada and the United States of America. The individual waterfalls are the American Falls and Bridal Veil Falls in the United States and Horseshoe Falls in Canada.

Here Bihan depicts the falls from the Canadian shore at an impossibly high vantage point. The spectator is presented with a monumental view of Niagara Falls, with all three distinct falls captured so as convey a sense of the enormity and grandeur of natural wonder.