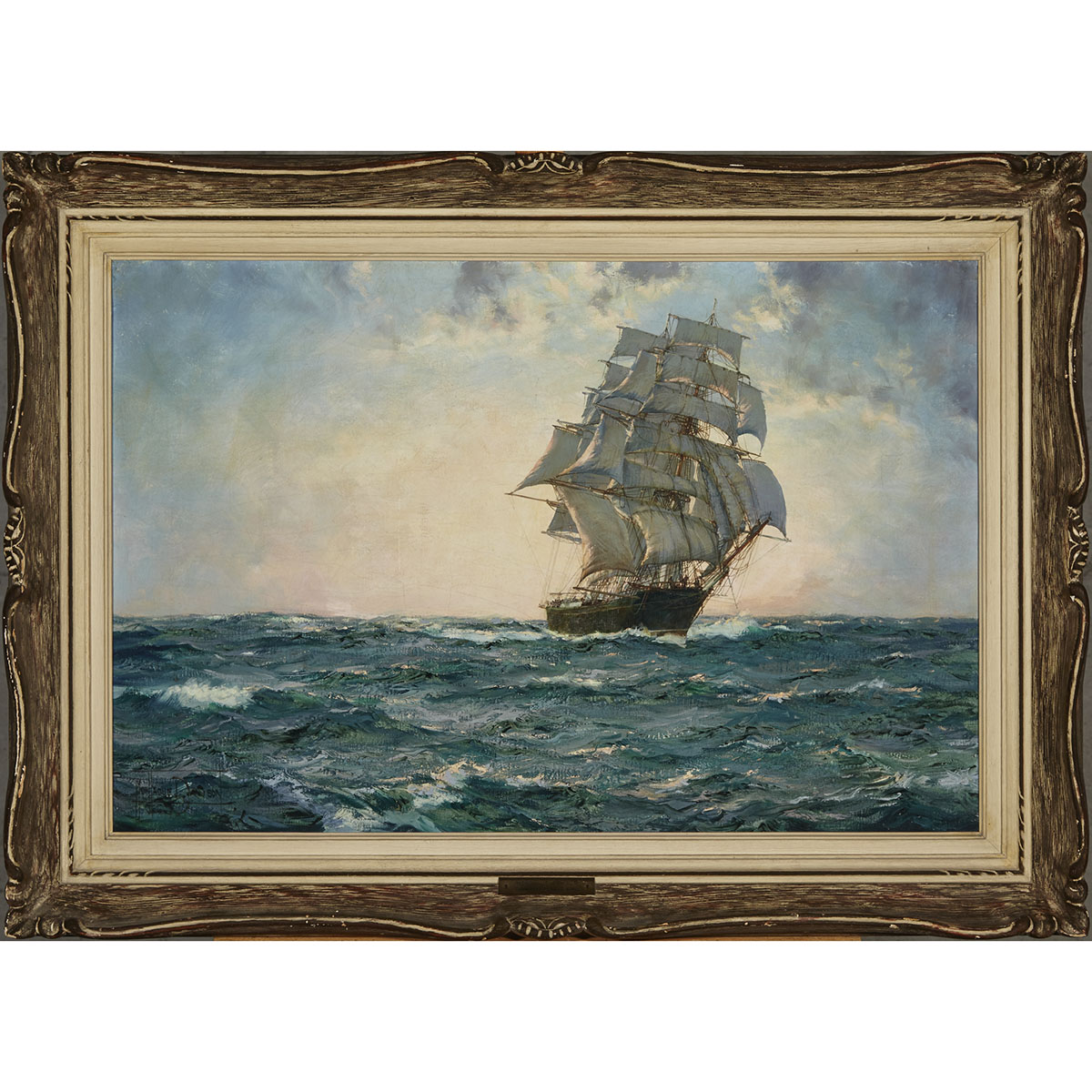 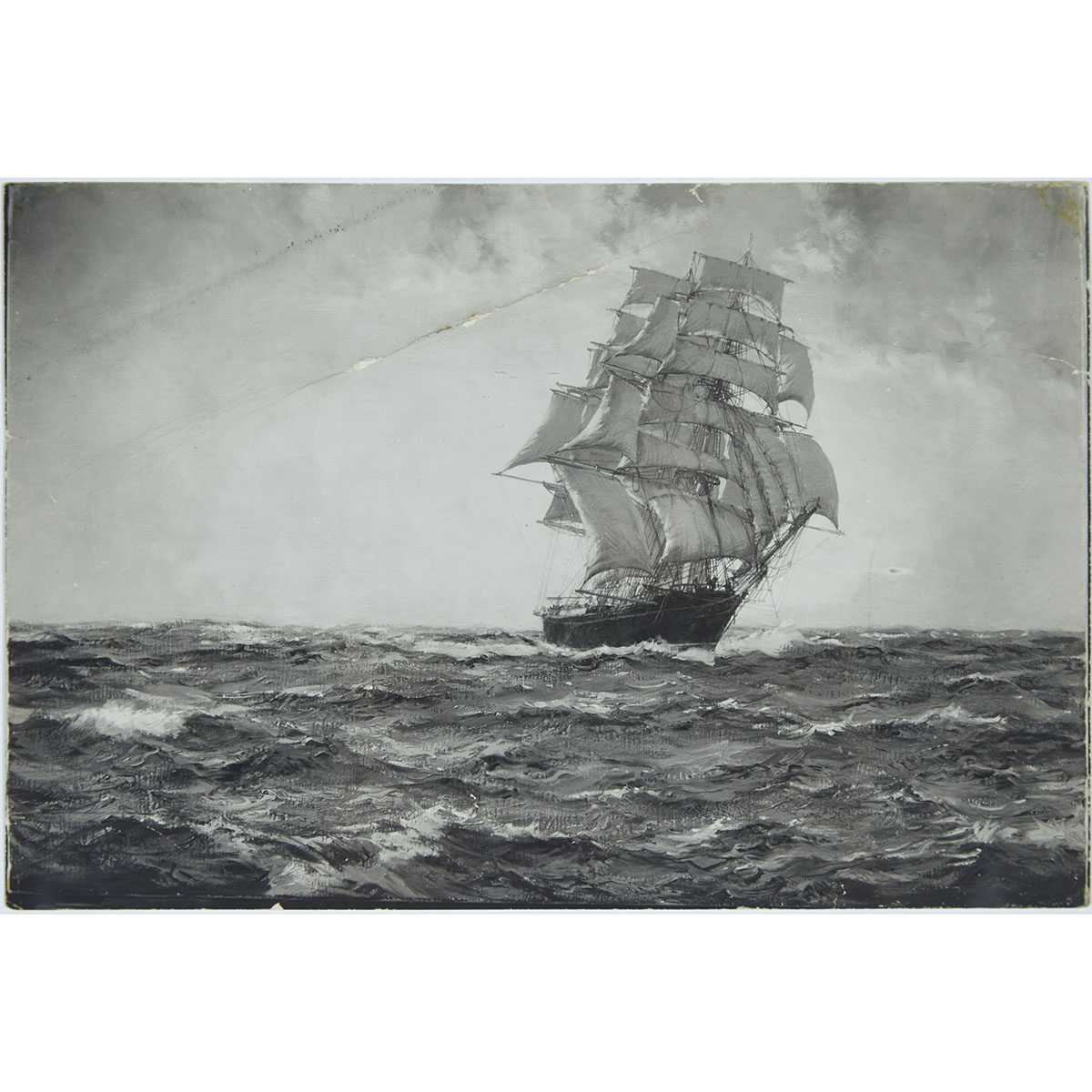 This century of ours: being an account of the origin and history during one hundred years of the house of Danger, Gedye & Malloch Ltd., of Sydney, A.D. Fraser, ed., Halstead, Sydney, 1938, p. 108

The photo-certificate was taken by the important Canadian photographic firm William Notman and Son Limited, Montreal. The verso of the photo-certificate is further inscribed in black ink, “The clipper ship depicted here is the famous ‘Red Jacket.’ She was not only one of the fastest ships ever built but one of the most beautiful. She sailed 419 miles in one day on a voyage from Boston to Liverpool.”

The famous tea and wool clipper “Thermopylae” was one of a number of vessels built by Mr. Walter Hood & Co. for the Aberdeen White Star Line to the design of Mr. Bernard Weymouth.

“Thermopylae” was launched on 19 August 1868. On her maiden voyage from Australia’s Gravesend to Hobson's Bay in Victoria, the clipper ship achieved the trip in 63 days, the fastest passage on record.

"Thermopylae" was sold to the Canadians for 5000 pounds in 1890. Despite shortened masts, being cut down to a barque rig in July 1893, and her crew reduced from 35 to 20 men, she continued to make speedy passages. On one occasion she crossed the Pacific in 29 days, a world record at that time, and on another kept level for three days with the Canadian Pacific steam liner “Empress of India,” which was capable of 16 knots.

Around 1895, the ship was sold to the Portuguese Government and served as a cadet training ship under the name "Pedro Nunes.”

On 13 October 1907, the clipper was towed out of Lisbon's Tagus River and torpedoed by two Portuguese men-of-war with full naval honours.