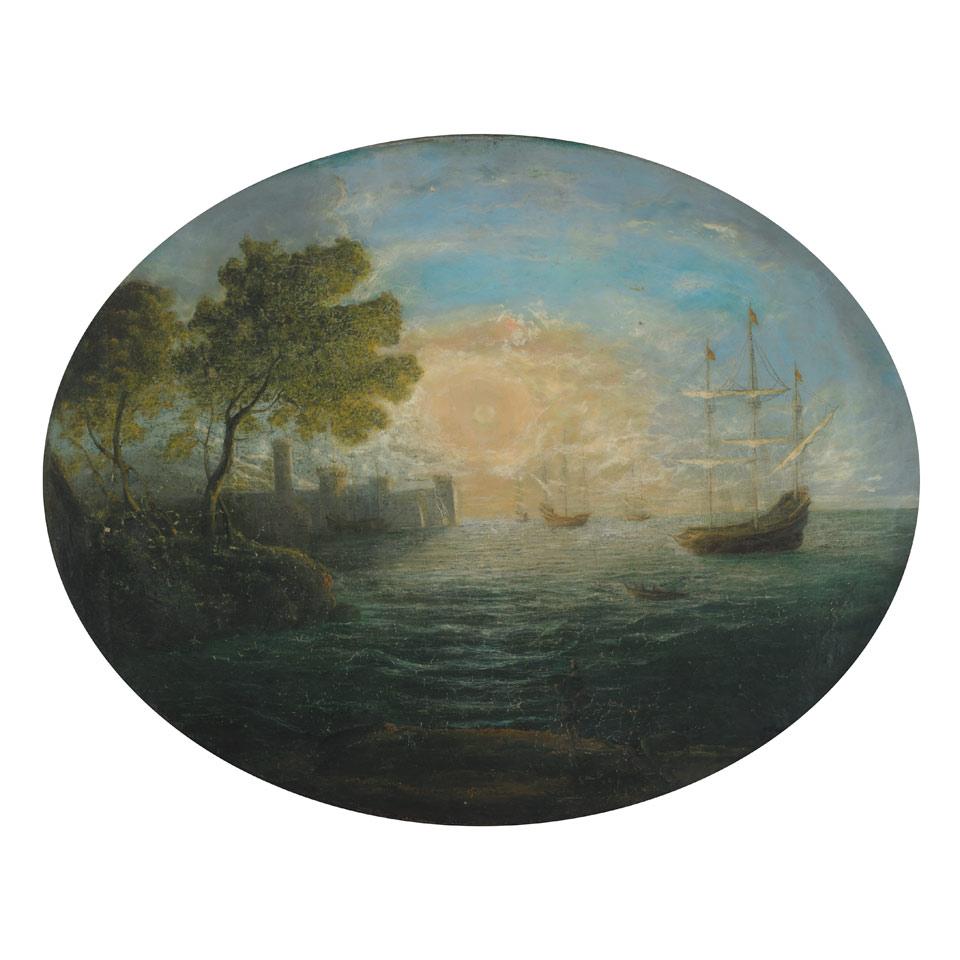 Executed after the engraving by P.C. Canot, 1771, recorded as “Sunrise” (LB 62, in reverse) of Claude’s original painting of this scene, whereabouts currently unknown. The original painting by Claude was executed in oil on copper and was one of a pair and a much smaller oval painting measuring 13” x 16 1/2”. The pendant oil on copper depicted a landscape at sunset, while the coast scene depicts morning in a cool sunrise atmosphere. The pair are recorded together in 1771 at the time Canot executed the engraving of the scene.
As Claude did not excel at painting figures, he employed several artists to depict them in his works.