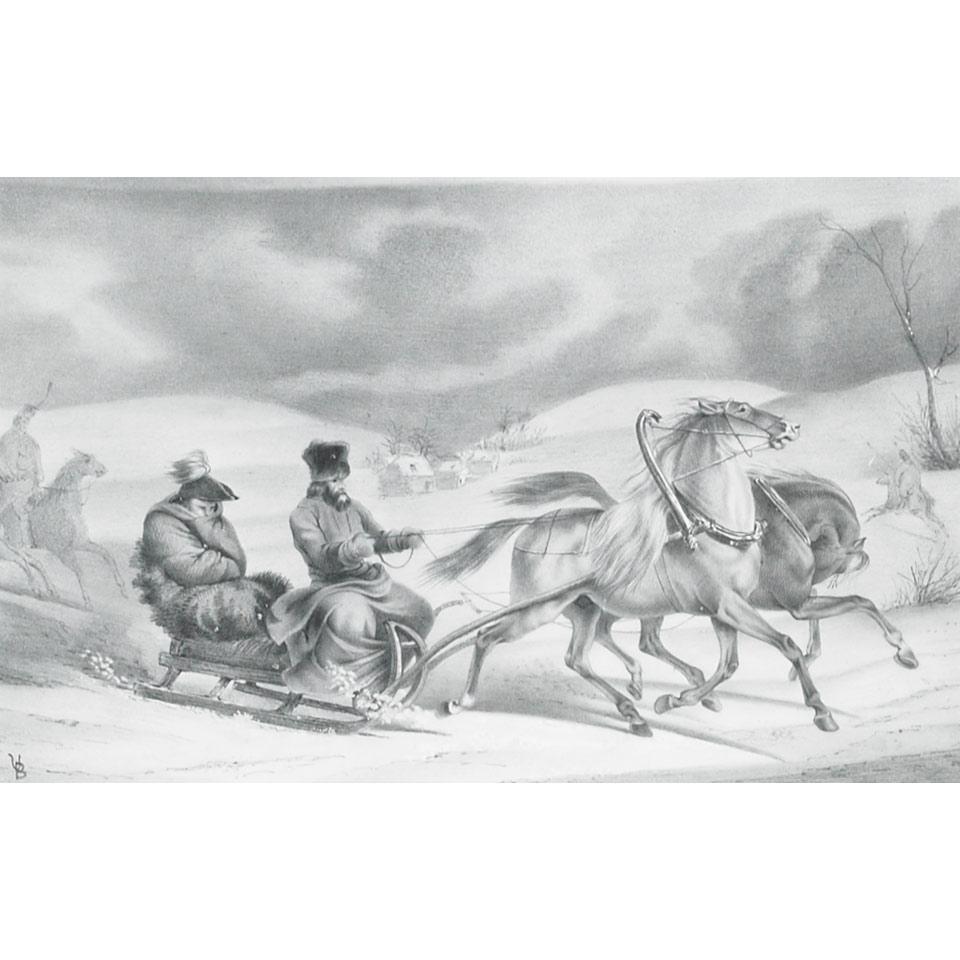 ALASKA (OFFICERS CHARGING THROUGH A VILLAGE IN A TROIKA, WINTER)

During the 17th and 18th Centuries Russia was expanding its empire Eastward. The rapidly growing fur trade encouraged explorers, trappers and settlers to set up posts in Alaska, and the first known permanent settlement was founded in 1784 on Kodiak Island.

For several decades the Russian presence in Alaska remained undisturbed. Expanding European colonization and the depletion of the land’s resources eventually led to the empire’s withdrawal.