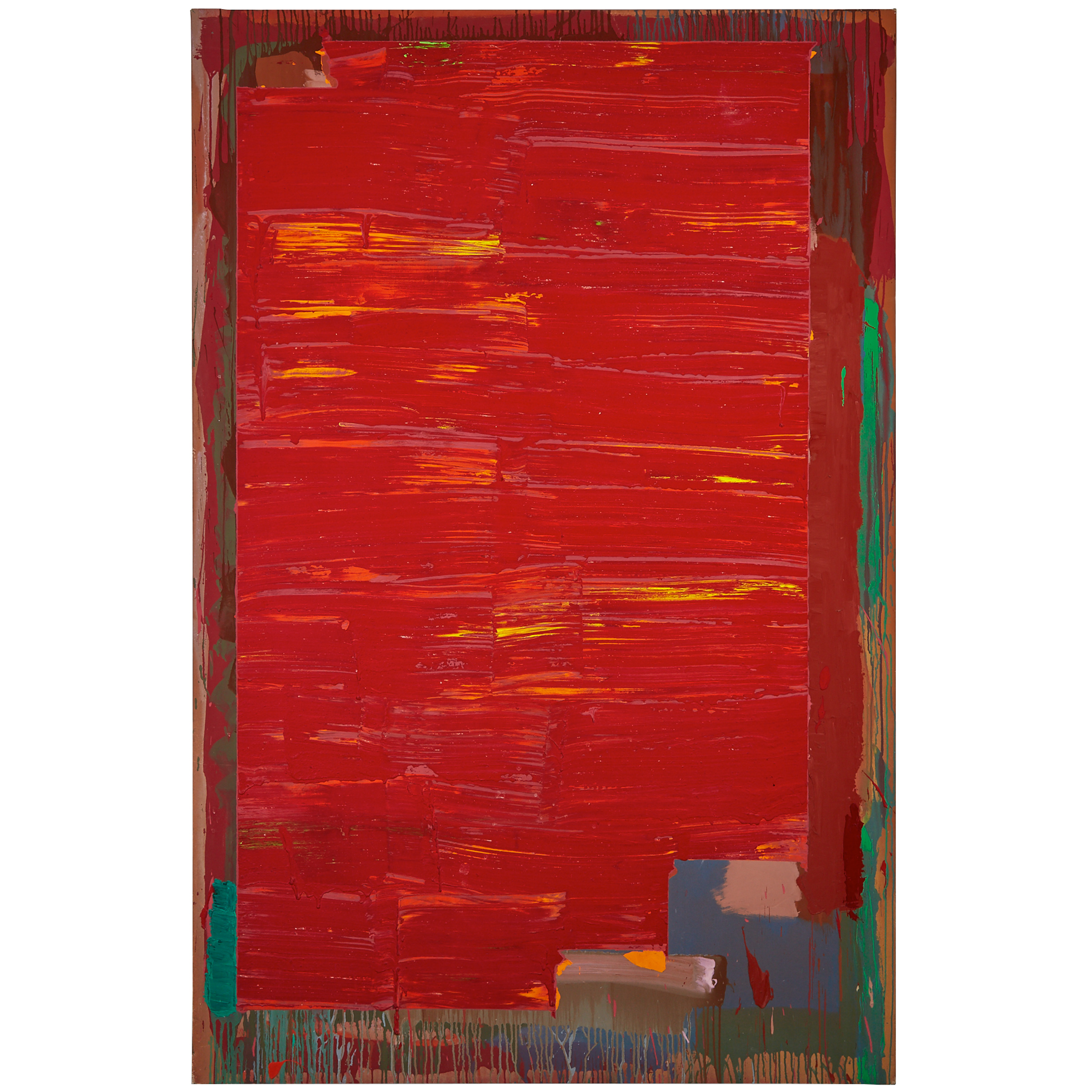 Forefront in the development of a particularly English language of abstraction, John Hoyland was a master at iterating on his practice, with a career that moved from formal figuration to large scale, dynamic abstraction. Produced in the period shortly after his extended stay in New York from 1969-1973 — where he refined his practice against close relationships with Robert Motherwell, Helen Frankenthaler, Mark Rothko, and Barnett Newman — and three years before his major retrospective at the Serpentine Gallery, London, Shutter 16.4.76 demonstrates the expansive use of colour and movement that characterises Hoyland’s mature output.

He preferred to paint on the floor, spontaneously pouring and later sculpting, throwing, squirting, and splashing paint directly onto the canvas with any available instrument at hand. This is readily seen in Shutter 16.4.76. On top of a background stained in subdued greens and dripping burgundies, the painting is dominated by a vast and shimmering red column; but, rather than sustaining the geometric logic of modernism, the block of colour here threatens to deform the canvas with an expansive and vibrant energy. Scraped striations reveals underlying oranges, pinks, and yellows undulating below, while ridges and great thick drips of paint trace the sculptural movements of the artist.

Hoyland never considered himself an ‘abstract’ painter: he felt the term too premeditated, too considered, and rejected the Greenbergian formalism which characterises his New York counterparts. Rather, he thought of himself simply as ‘a painter’ — one whose attacks on the canvas explored the expansive depths of feeling and meaning rooted in the lyric act of painting itself. “I like to try and make these pictures paint themselves,” he said in a 2008 interview: “The less you impose, the fresher it is. Painting is a kind of alchemy.” Embracing both instinct and accident, construction and chaos, Hoyland’s work emphatically makes the artistic process visible.