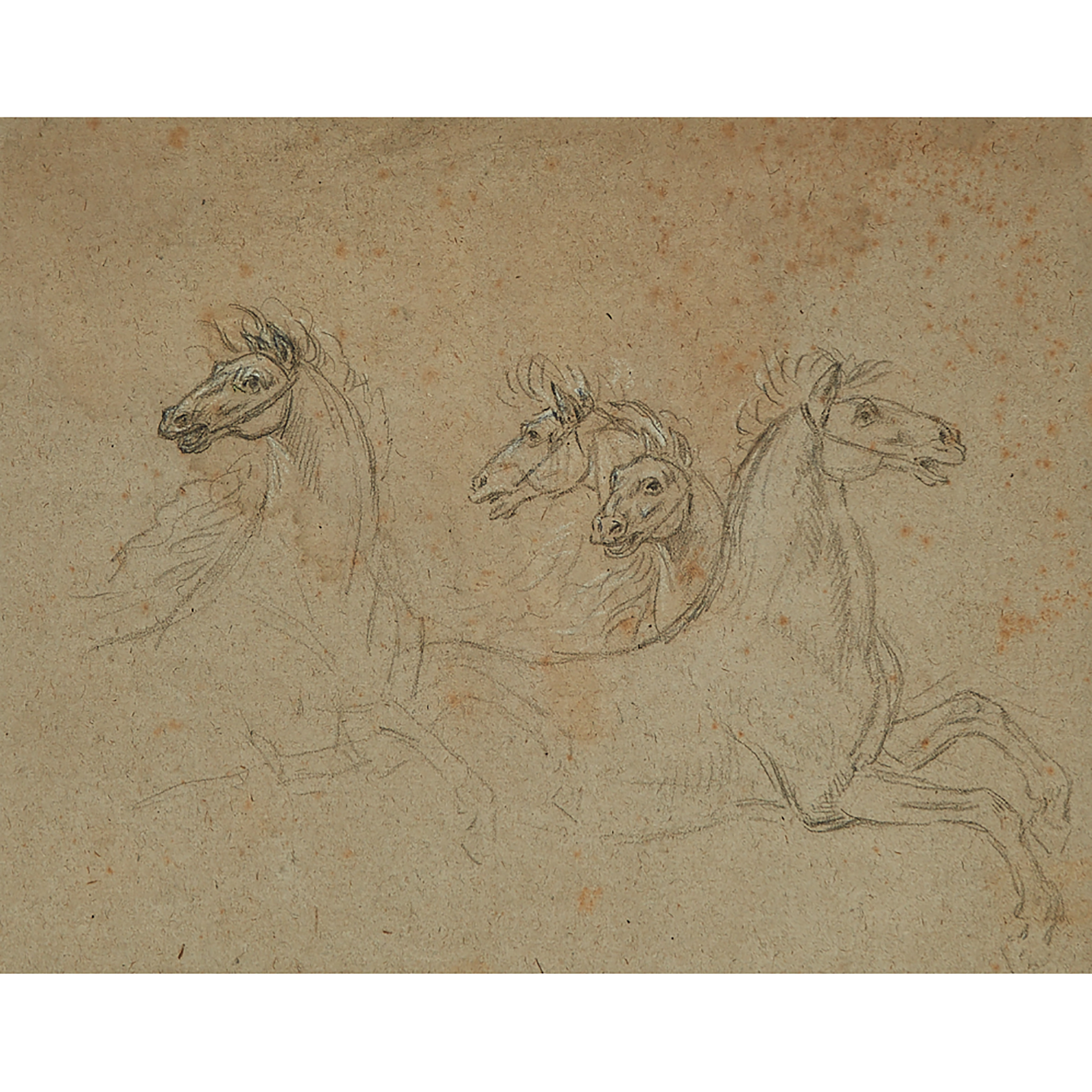 STUDIES OF HORSES PRANCING (POSSIBLY RELATED TO “DEATH ON A PALE HORSE”, 1796)

Benjamin West was born in Springfield, Pennsylvania, USA. From 1746 to 1760, he worked in Pennsylvania and New York, mostly painting portraits. In 1760, he left for Italy where his reputation grew. In 1763, he arrived in England, initially as a stopover back to the United States, but he never left. In London, his practice was encouraged by Sir Joshua Reynolds. He first exhibited with The Society of Artists in 1764.

West’s historical pictures won him royal favour and he received many commissions from George III. In 1772, he was appointed Historical Painter to the king, and in 1790, Surveyor of the Royal Collection. In 1782, he succeeded Reynolds as P.R.A.

Christopher Powney, Tenterden, Kent, UK;
From whom purchased by the Private Collection, Hamilton, Ontario in 1976