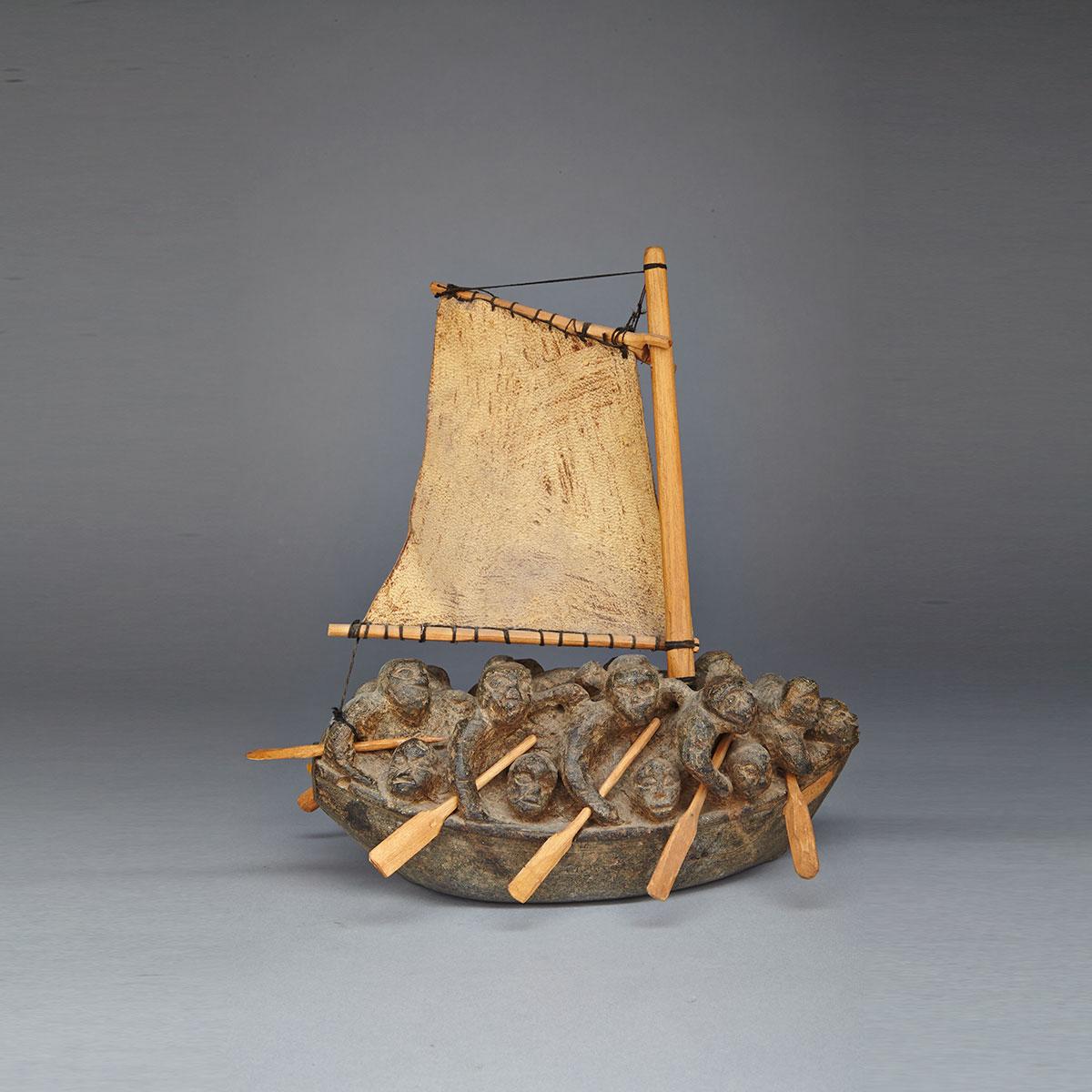 This work is a depiction of a significant event that took place during the artist’s childhood. While traveling to new hunting grounds, several families were stranded on an ice floe that split from the mainland. They built an umiak out of scarce supplies and in haste as the ice floe was melting. Some people perished during this tumultuous migration. When the group finally spotted land, it appeared to be drifting away from them therefore one man with a rifle shot at the land to prevent it from moving any further. Some of Talirunili’s versions of the Migration have included a list of the names of the survivors. Although similar due to the subject matter, each boat is unique, the number of people aboard as well as their positioning varies and the occupants have been depicted as owls and hares in other versions of the Migration.