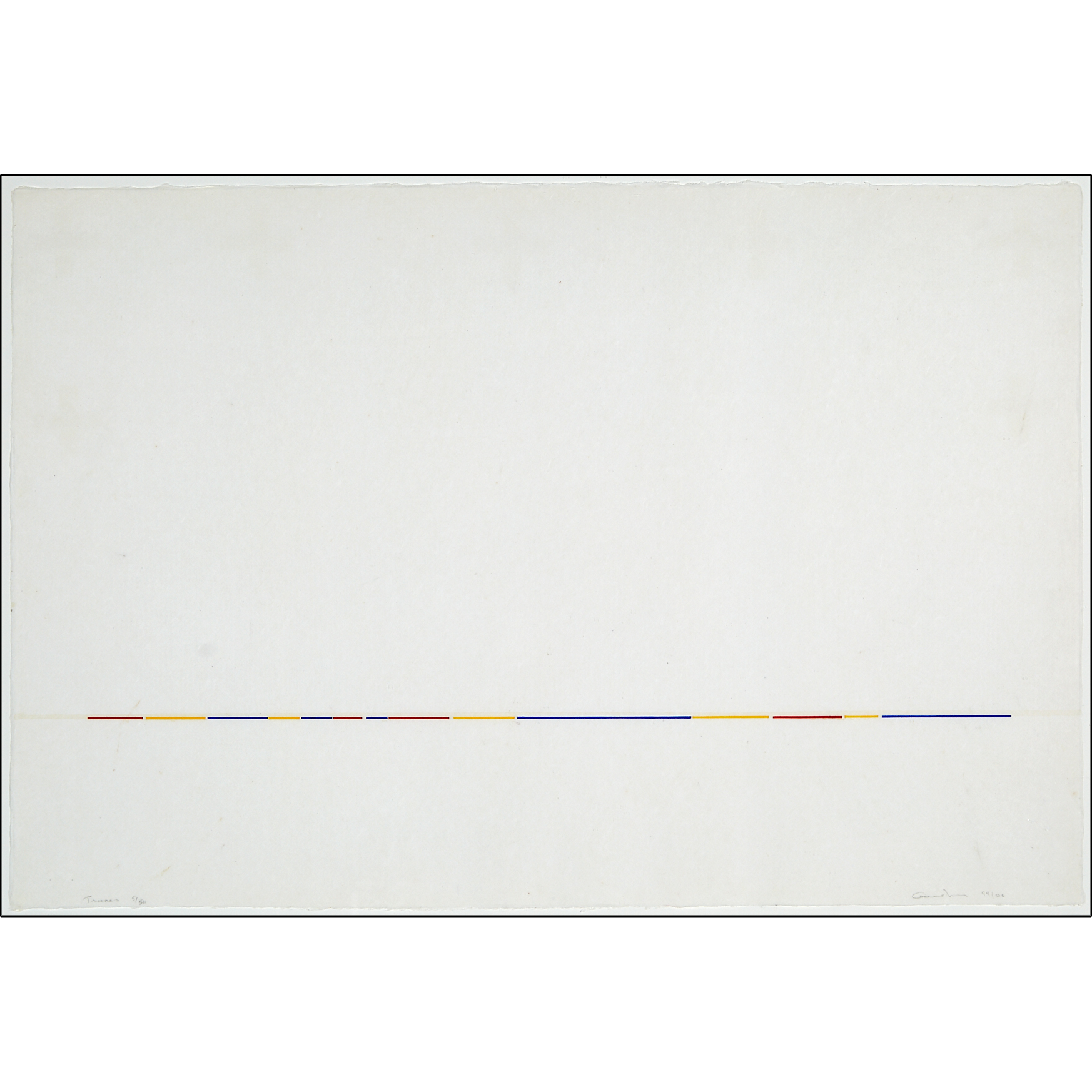 Gaucher first made a name for himself in the late 1950s and early 1960s as a printmaker and an innovative one at that. One of three Gaucher works in this auction, this lot is a woodblock print made in the last year of the artist’s life. Closely related to “Yellow, Blue & Red,” a painting that the artist referred to as his last, “Traces” is printed in the primary colours, on which Gaucher focused in his final years.

“Traces” appears as but a sliver of colour, a mere glimpse, perhaps evoking the light that shines below a door, or a last peek at a stage set as the curtain falls. Gaucher dispenses with the use of any diagonals, choosing the let the thin segments border each other as strict verticals. Roald Nasgaard, writing for the Art Canada Institute, notes that Gaucher’s colours “were carefully calibrated so that they would interact optically in the eye of the viewer, and their geometric relations let them play a rhythmic dance across the painting’s surface.”