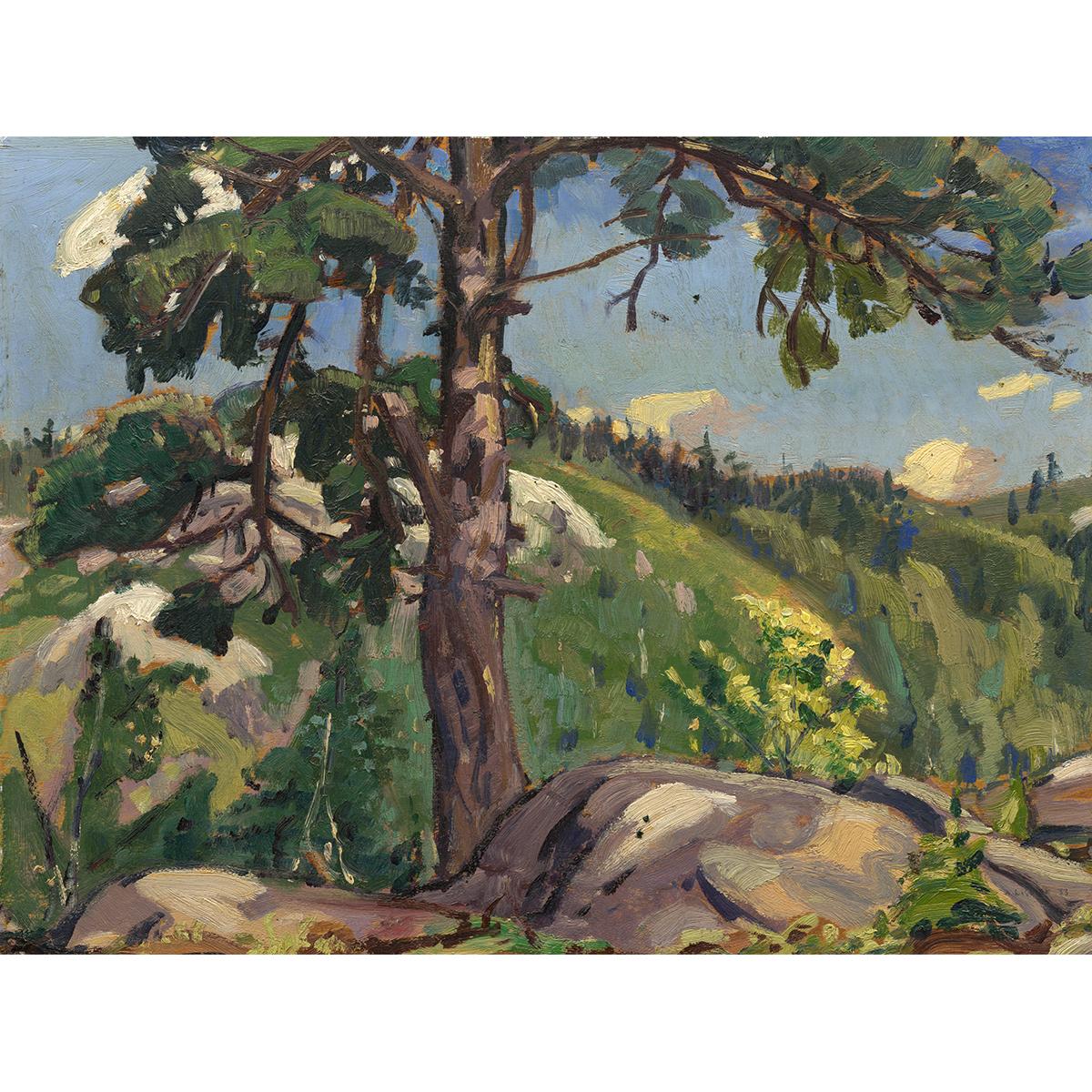 Upon his first visit to Georgian Bay in 1913, Arthur Lismer was immediately astonished by the unexpectedly wild and varied landscape. “The sharp challenge of the fall wind, the bizarre shapes and gestures of the trees, the wet, sullen rocks, deeply stirred him...” Accustomed to British landscape traditions, Lismer struggled to express his experience, he felt that “two weeks were not enough for him to absorb its feeling completely and adapt his style to cope with it...No painting technique he had ever practised in Europe could cope with Canada.”

Lismer returned periodically to Georgian Bay, visiting various locations in the region. By then, the artist had departed from the English style of “soft hues and misty horizons” and began representing Canada as, what the painter described as “a country without shades and shadows, with bright colours and brutal changes of climate. Even when the sun goes down with a bang...Changes occur abruptly...the blazing colours embody a sense of the power of Canadian nature.” The vibrancy Lismer described is strongly evident in “The Pine Tree”, the painting flooded with assorted hues of green and blue and highlighted with soft whites.

In 1933, the same year Lismer opened the Children's Art Centre, the first of its kind in the British commonwealth, the artist visited Baie Finn (also known as “Baie Fine” or “Baie Fin”). Travelling north to McGregor Bay, Lismer visited this fjord near Killarney for the first and only time. The rocky hills depicted in “The Pine Tree” are part of the La Cloche mountain range, spanning from Killarney to the Algoma district. “Baie Fin is long, narrow and walled intermittently with white cliffs that stretch into the marbled distance. The Lismers rented a cottage on an island past the narrow entrance, and it was likely in Baie Fin that Lismer painted the sketch for ‘Bright Land.’” Locales such as Baie Finn, unexpected paradises along the shores of Georgian Bay, influenced Lismer to create some of his most celebrated work, artwork inspired by “the feel of rock and moss underfoot, the bold winds, the sparkling and fragrant air...”, transporting the viewer to the very savage and beautiful landscape which first captivated and challenged the painter.

Acquired by the family of the current owner in 1938.
By descent to the present owner, Ontario.