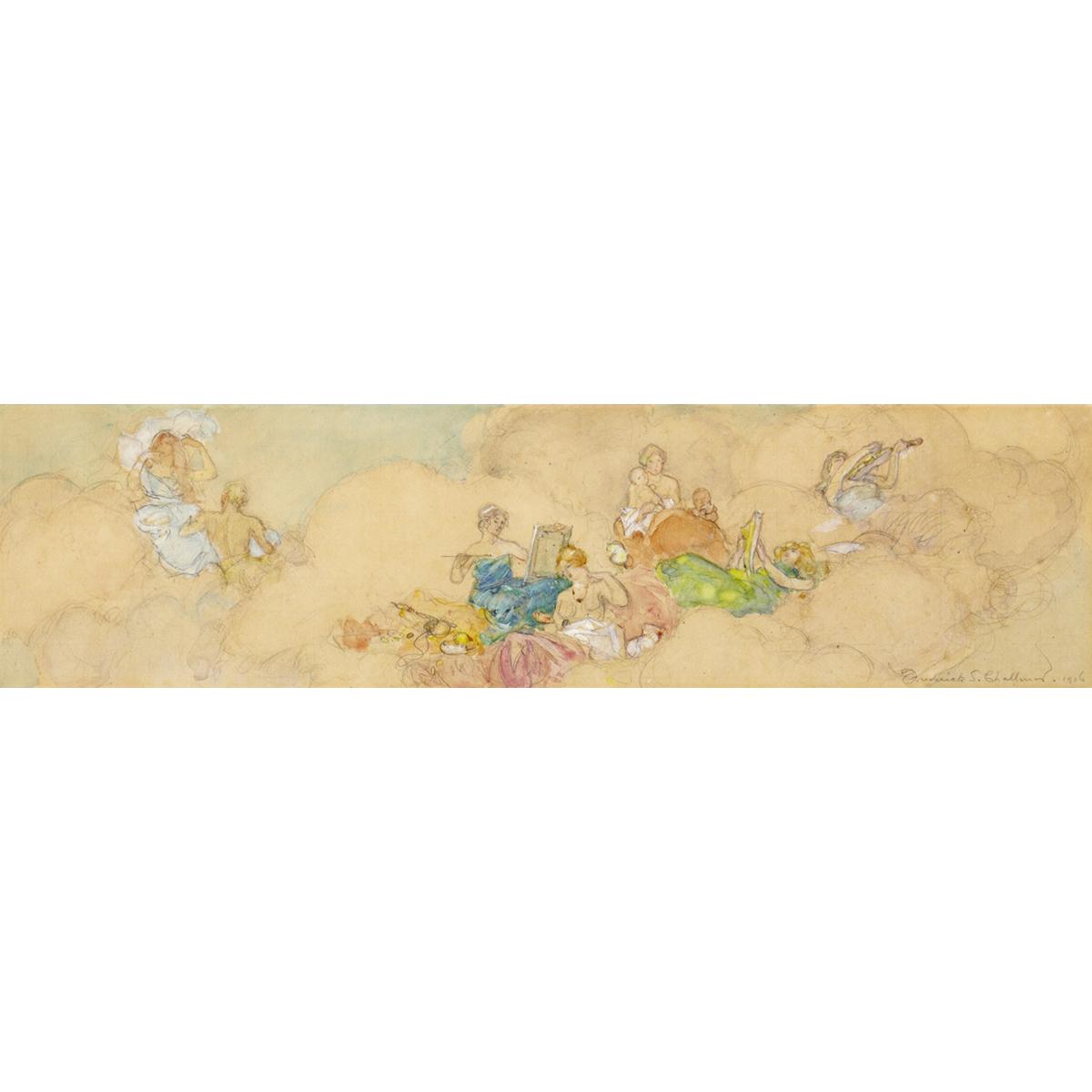 graphite and watercolour
signed and dated 1906, inscribed on the reverse “Sketch...for the picture over the Proscenium Arch in Bennett’s Theatre, Dundas Street, London, Ontario. This is for Donald Routledge”

One of the founding members of the Society of Mural Decorators in Canada in 1894 (along with others, including G.A. Reid), Challener found himself in demand for such specialized work, commissioned for projects for theatres, hotels, restaurants and private residences. Through the turn of the century, Challener’s projects included: the Russell Theatre in Ottawa (the project now housed at the National Gallery of Canada); the King Edward Hotel, Toronto; and the Grand Theatre in London, Ontario.

In 1906, Challener developed a mural for the Proscenium Arch of Bennett’s Theatre, 229-331 Dundas Street, London, Ontario (today the London Mechanics Institute Building, designated by the city of London under the Ontario Heritage Act). As in other commissions, the painter has created a playful, quasi-narrative scene, here of the muses, the goddesses of music, song and dance, at work, playing an instrument, declaiming poetry at a play, as well as reading music and singing to a waiting audience.

This artwork is believed to be possibly the only surviving full working sketch for the mural and is "squared-off" for transfer to a larger surface, likely a canvas that would then have been applied to the proscenium arch of the theatre.