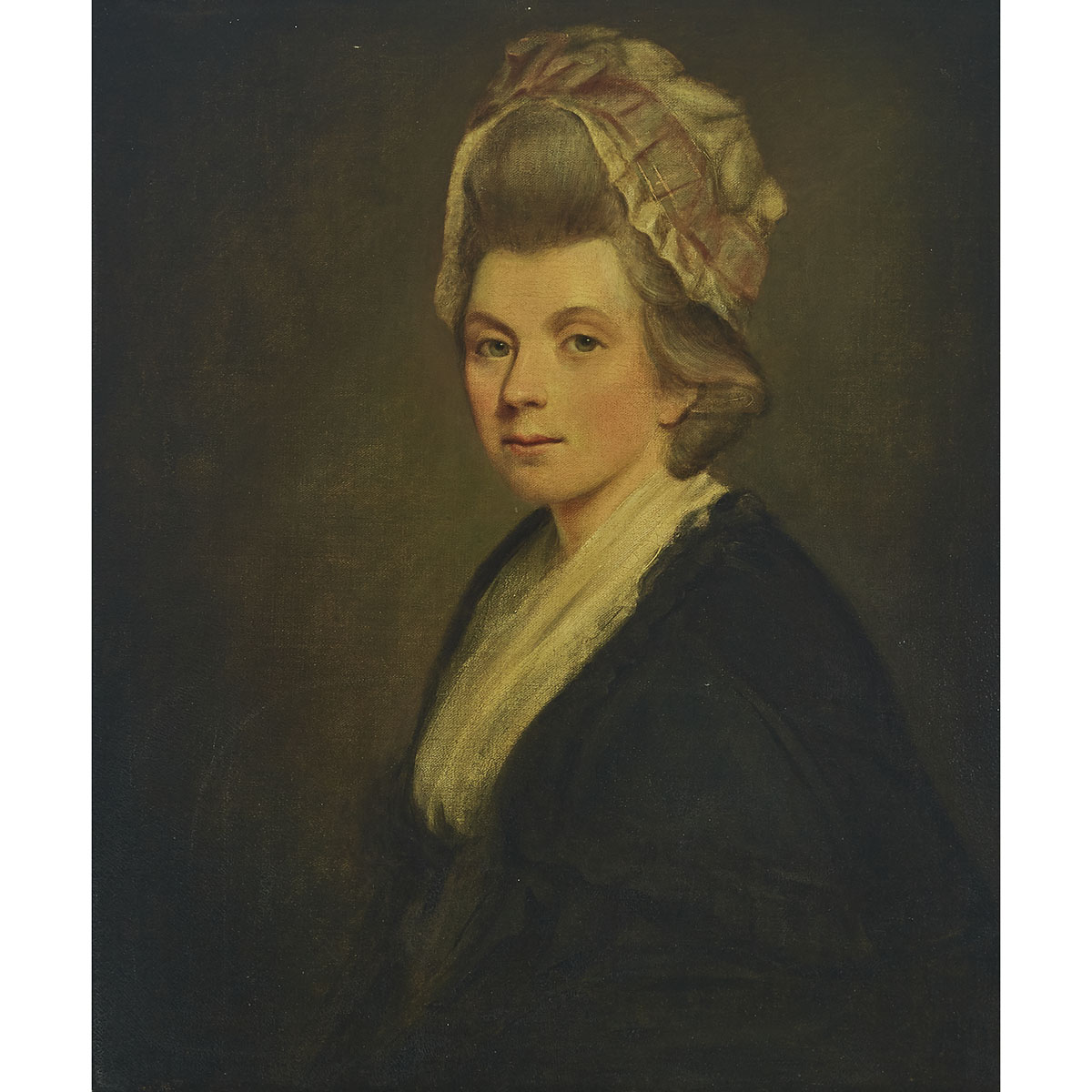 REPORTED TO BE LADY WEBSTER, DAUGHTER OF DR. RICHARD NAIRN, DEAN OF BATTLE “IN BLACK DRESS WITH WHITE CAP” (DIED DECEMBER 25TH, 1810 AT THE AGE OF 82) 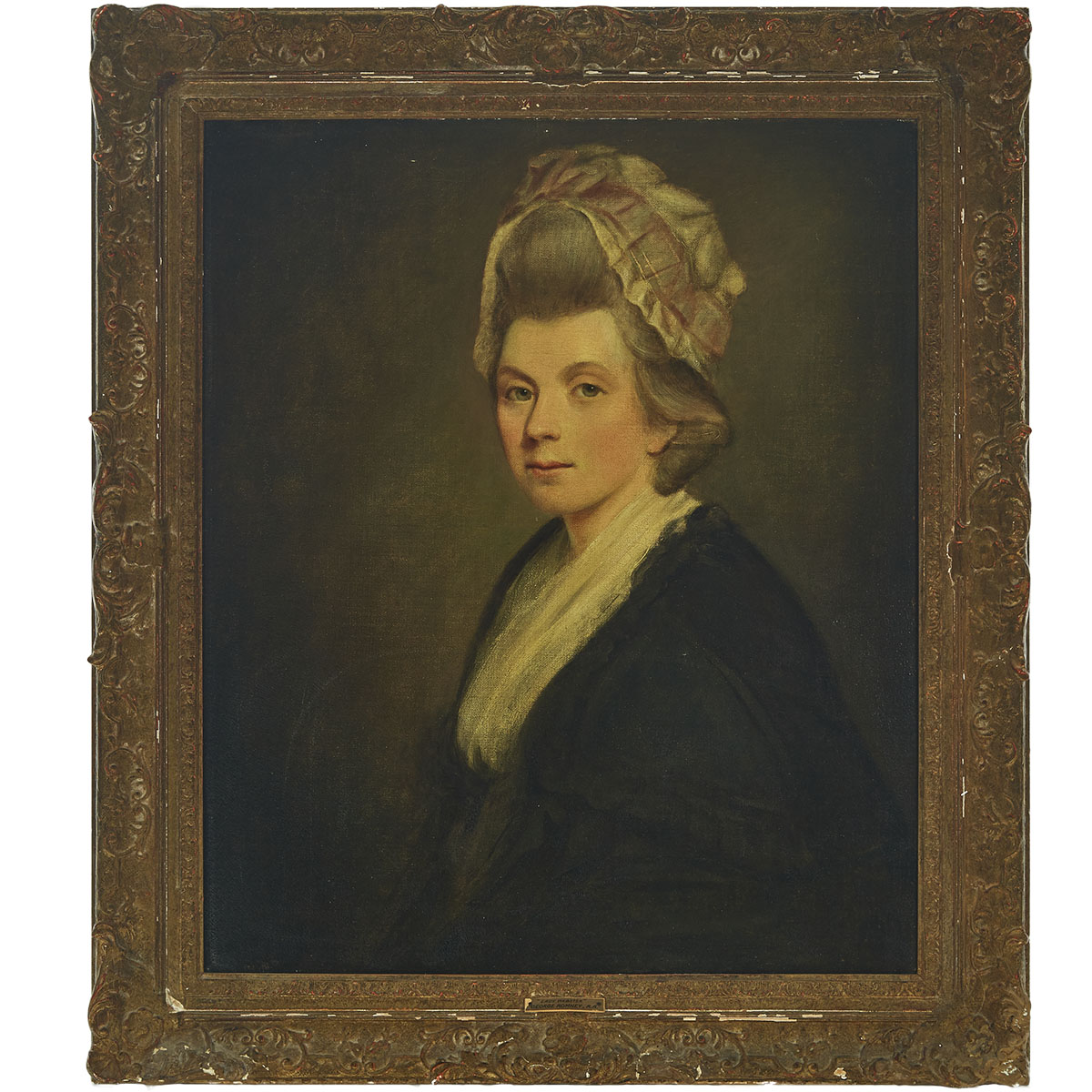 Humphry Ward and W. Roberts, “Romney: A Biographical and Critical Essay with a Catalogue Raisonne of his Works,” 1904, Vol. II, p. 168, mentioned “Lady Webster” briefly with reference to the Christie’s sale of 1897;

Alex Kidson references this work in his catalogue (volume 3, page 904) but only to dismiss it as not by George Romney. The portrait is listed in an appendix devoted to works that were included in Ward and Roberts's old catalogue which Kidson excluded from his. According to Mr. Kidson, this portrait was offered at Freeman’s, Philadelphia in 1935, but the information is very sketchy- a photograph in the Witt Library annotated with the sale details, looks as though it is of the same work. There is no reference to this portrait of Lady Webster in any known Romney document.

Mr. Kidson suggests that this portrait may have been painted around 1772, when Lady Webster would have been 44 years of age.

We are grateful to Alex Kidson and The Romney Society for their assistance in cataloguing this lot.