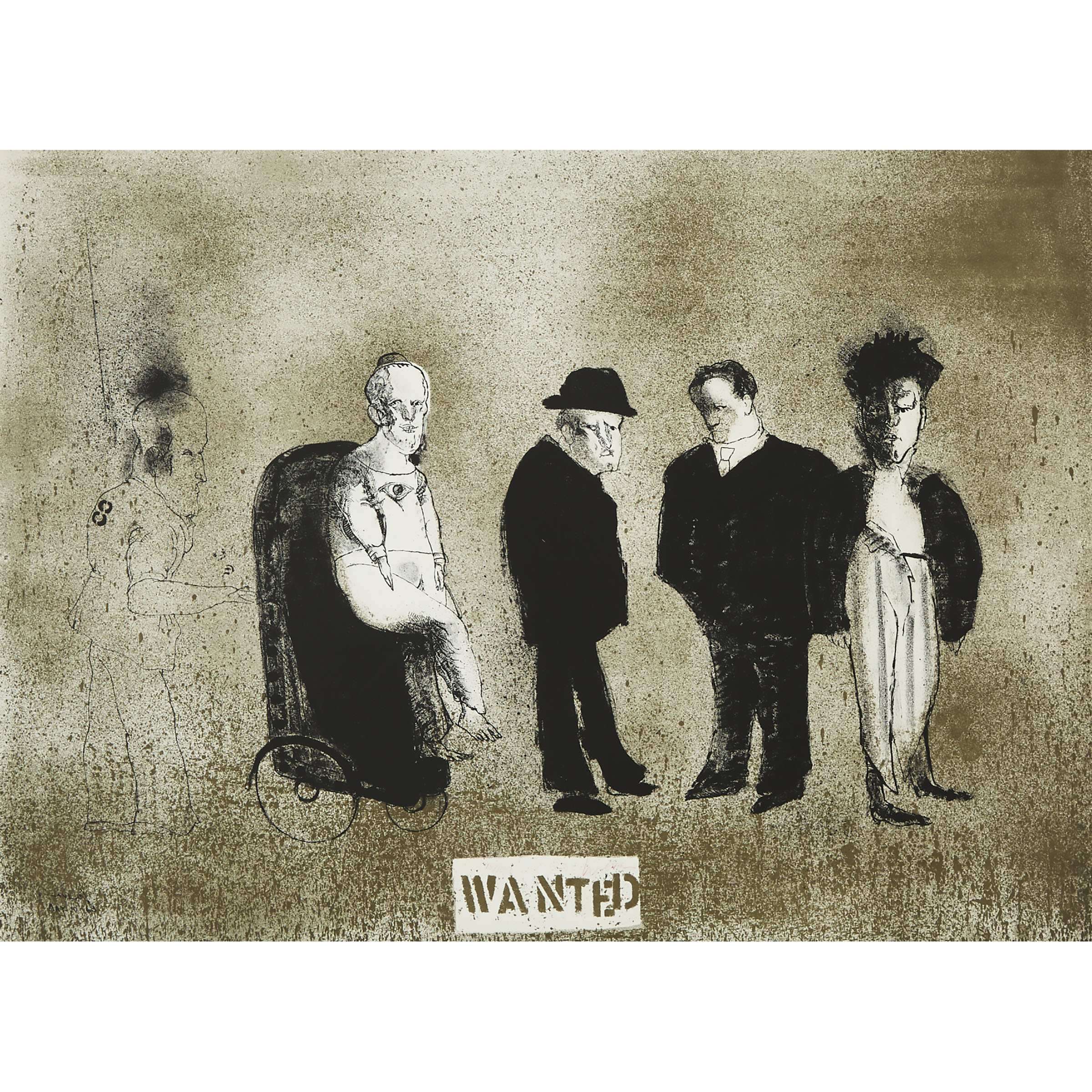 Lithograph printed to the edges, signed and dated “May 10-68” in the stone lower left; signed and numbered 78/100 in red pencil to the image bottom centre. Published by the Atelier Mourlot, New York. Matted and unframed.

The "Crime by Cuevas" series was commissioned by the Lublin publishing house, with the purpose of being published in a luxury book. His source of inspiration would be the city, so he thought to title it "Visions without LSD", however, two days after arriving in New York, he decided to change the name to "Crime by Cuevas", due to the influence of a program television about assassinations, violent demonstrations and youth riots.