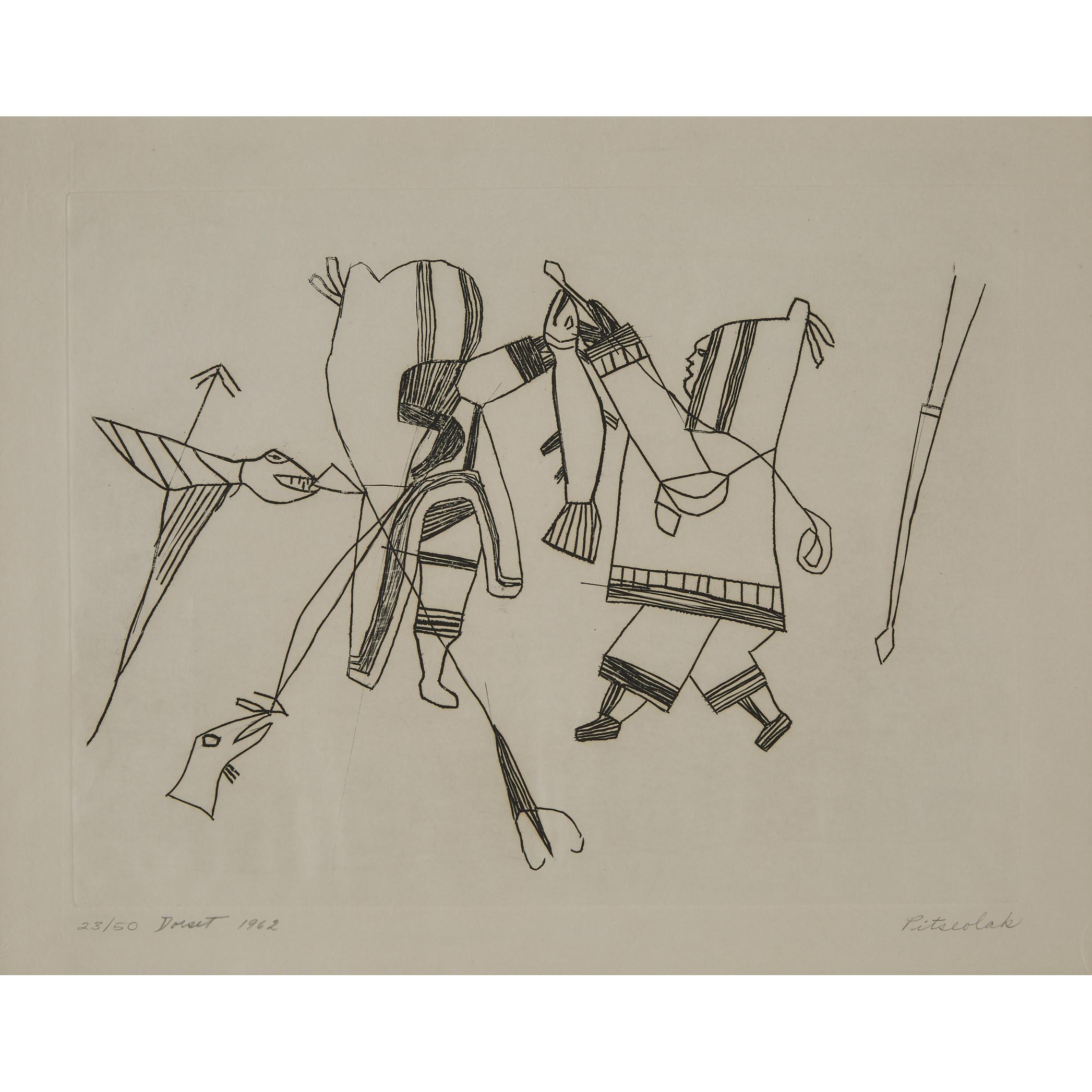 Untitled from 1962 depicts a man and women holding up a newly caught fish in the presence of two mischievous spirits who appear to be tugging at the women’s amauti. The scene is rendered in Pitseolak Ashoona’s distinctive motif of rhythmic parallel lines.