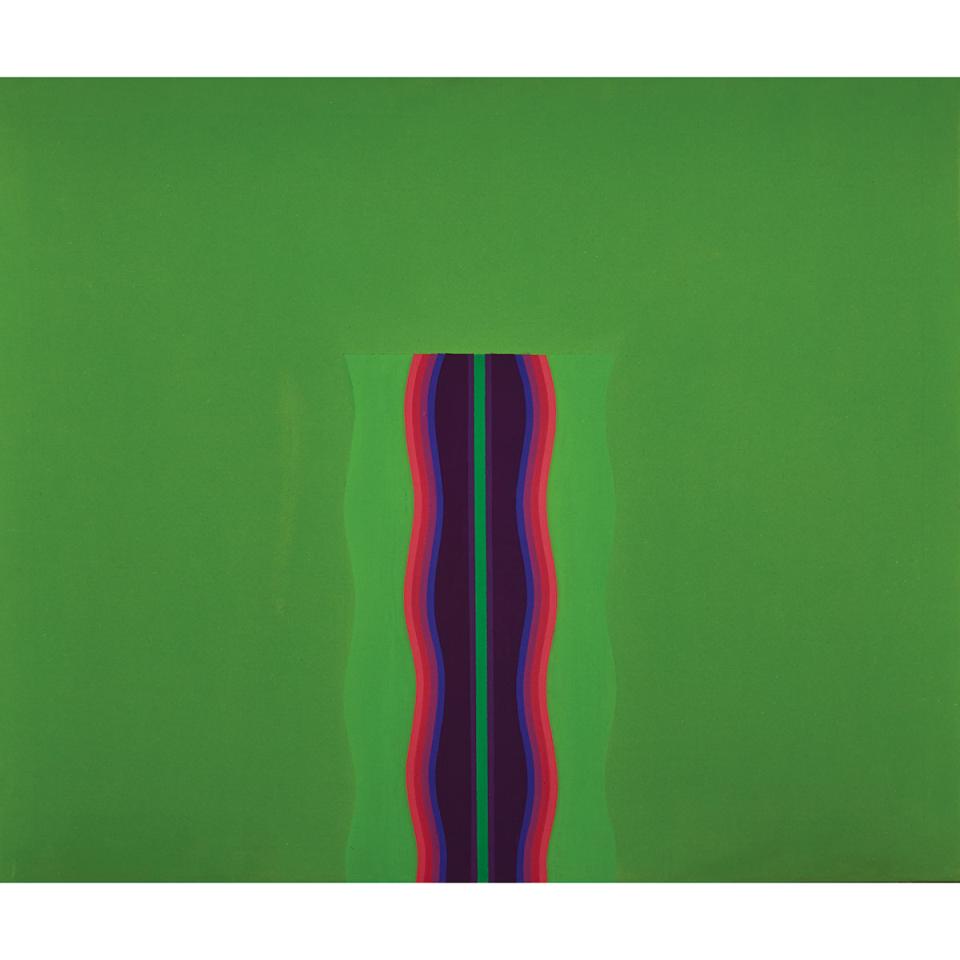 By the mid-1960s, Gordon Smith was producing paintings in step with the trend for hard-edge abstraction also being explored by fellow B.C. artists such as Roy Kiyooka and others.

Ian Thom notes that Smith often used difficult colours such as the acidic green in this lot, but succeeded in controlling this “exuberance” through composition. While Smith’s works from this period were critically successful, the artist increasingly viewed them as experimental, a time for discovery but not an end in itself.

The transitional work that followed, particularly those that date to 1970-71, such as this lot, are extremely limited and Thom suggests that Smith produced only about two or three paintings at this time.