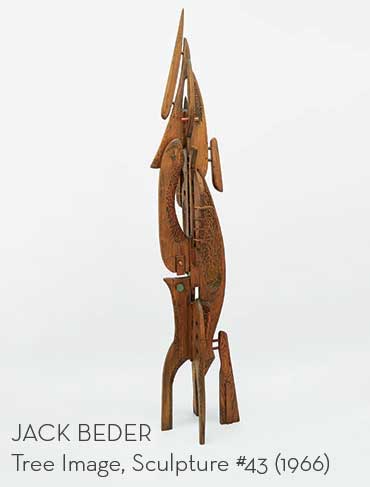 “Linda Rodeck and her small staff search out works from new sources. In general, that means works from private collectors or corporate collections downsizing or needing to sell. Consequently, the mix of art is less predictable, but often refreshing.

One such piece was Clark McDougall’s Talbot Street (circa 1950). McDougall is not well known across the country, but he was an inventive painter whose use of outlining and punchy colour distinguishes his work. This was a real beauty and sold well over estimate at $19,200.

Also of note was a special small painting by Jean McEwen, Composition (1962). The size made it desirable as did the subject, a thick red surface on a black ground. This gemlike work sold well for $66,000, double the top estimate.

Throughout the sale, works by A.J. Casson generally did well. One small oil sketch, Lake of Two Rivers (1947) stood out. This is the period when Casson came alive with more abstraction, moving forms and excellent design. The piece sold for $50,400, well over the high estimate. Rodeck often includes fine abstract painters in her sale, and a number were worth noting, including Otto Rogers, William Perehudoff, Jack Shadbolt, Gordon Rayner, K.M. Graham and Harold Klunder.

Overall, the sales were fine, but the large cohort of younger collectors should be buying established artists. The buying audience needs more education to succeed, especially when paintings fall below retail values. An educated collector chased down and bought Iskowitz’s Night Reds-A (1981). Although large, this one is perfect, and at $52,800 it was a good buy, especially compared to the Iskowitz at Heffel that sold for $157,000. Certainly, they were from different periods, but Iskowitz painted well throughout his career. It’s just a case of finding the “snappers,” which this one was. Everything came together for the artist.

One last piece that caught my eye, mostly for its pure modernist style, was a sculpture by Jack Beder, Tree Image, Sculpture #43 (1966). Intuitive and inventive, it reflected that era of design perfectly. It sold to active bidding at $9,600, a record for the artist. Beder was from Montreal and well established within the community, though not part of the Montreal hierarchy. He independently produced solid paintings, sculptures and drawings throughout his life. In the 1960s, he did his first tour to Jasper Park and produced fine mountain paintings. It’s worth watching for them, as they appear occasionally in the West.

Overall, the results for Waddington’s were good. But the sale also showed the season’s unpredictability. The positive to all this is that, if researched, seen and liked, good buys are still possible.”