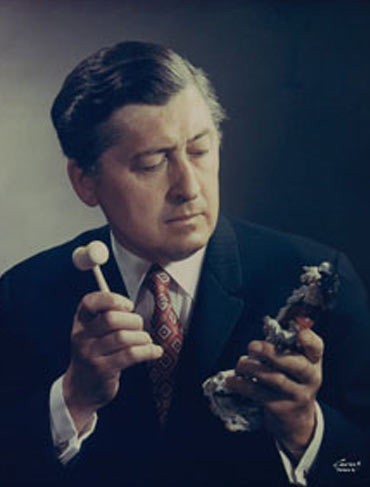 Ronald McLean, the patriarch and founder of modern-day Waddington’s, passed away this past Saturday morning, March 25, at the age of 92.

Ron will be remembered for both his business integrity and engaging charm, but most people will also fondly recall his skill, character and humour, as a wonderful auctioneer. Whether he was selling an eclectic, one of a kind piece to an anxiously excited client at a Waddington’s regular weekly auction, or a fine painting that was destined to grace the wall of a prominent collection offered in a catalogue auction, his auctioning style was the same, delivered in his broad, Northern England accent. Informed, at the same time entertaining, and never missing a bid.

In contrast to this new era of anonymous and impersonal online auctions – Ron, sitting above the crowd and declaring an item he was offering as “not hard sold” – was the classic old school auctioneer.

A celebration of Ron’s life will be held in early May at Waddington’s.