They say you should never judge a book by its cover. But when it comes to wine, the label actually provides a lot more information than you think… if you know what to look for.

Each winery approaches labels slightly differently. All labels include basic components like region, producer, and alcohol by volume (ABV), but as there are no international standards, here’s where the similarities end.

Read on for a few basic rules to help you decode the often-confusing world of wine labels.

Old World producers – think Europe – tend to display regions and ageing classifications on their wine labels, though not necessarily which grape varietals are inside the bottle. As an example, producers assume that when you pick up a bottle of Chablis, you’re aware that the bottle contains Chardonnay, because you’re familiar with the appellation and its rules. An appellation mandates which grape, or grapes, can be used in the making of a wine in a specific region, as well as crop yield, and alcohol percentage. Almost 20 countries use officially regulated and internally administered appellations, to varying degrees of strictness. If a bottle of wine lacks a detailed breakdown of the grape varietals used to make it, its appellation will help you identify what you’re buying – though you may need to do a little research.

Wine Enthusiast explains this lack of information on wine labels is due to the Old World’s focus on regional styles rather than on the grape varieties themselves. As the same grape variety can taste vastly different depending on where it is planted (hello, terroir!), regional style is actually thought to be a more reliable guide for a wine buyer than a bottle’s specific ingredients.

Conversely, New World wine labels almost always include which grapes went into the bottle, often broken down by percentage (e.g., 80% Cabernet Sauvignon, 20% Merlot). Without rigid, centuries-old winemaking traditions, New World regions didn’t have the same strict rules about appellations. Similarly, all of these “new” regions were relatively unknown on the international scene, meaning that there was no regional style which would tip off potential buyers as to what to expect when buying a bottle from that area. As a result, producers highlighted the grape varieties instead, which could theoretically prompt connoisseurs to associate New World wines with their Old World counterparts. New World winemakers, unbound by tradition, are also happy to cater to their customers, often adding marketing copy on their wine labels which describe flavour profiles, histories and even suggested food pairings.

Region plays a role in deciphering both New and Old World wine labels. A general rule is that the larger the region indicated on the bottle (e.g. “France”), the lower the quality of wine. A quality wine often indicates a specific region and/or specific vineyard site on its label – the more specific, the higher the quality (e.g. “Armand Rousseau Gevrey-Chambertin Clos St. Jacques” – Gevrey-Chambertin being a region in Burgundy, and Clos St. Jacques being the specific vineyard within Armand Rousseau’s holdings there).

Most bottles have the vintage – the year the grapes were harvested – indicated on their label. This tells connoisseurs a lot about the wine, as different weather conditions will change the way a certain wine tastes from year to year. Some wines, however, are non-vintage (NV), which means that they have been composed from wines harvested in different years. Typically, these wines are of lesser value, though delicacies like Champagne and tawny port can often be blended vintages.

Ageing guidelines also differs between Old and New World wines. In the Old World, terms like “Reserva,” “Riserva,” or “Gran Reserva” often have strict, albeit region-specific rules. As an example, a Rioja labelled as Reserva means that it has been aged for a minimum of 36 months with at least 12 months in oak barrels – not to be confused with a Chianti Riserva, which has spent at least 24 months in oak, with another three months in bottle. Though the terminology is nearly identical, certain regions have decided that those terms mean very specific things.

To confuse matters, New World labels like “Reserve” “Selection” and “Special” are unregulated, and mean different things to different people. For many winemakers, they’re used to signify a higher level of quality, but… buyer beware.

An additional qualifier for age is “Old Vine.” In the world of winemaking, grapes sourced from older vines (vieilles vignes in French) tend to be more concentrated and thus more sought after. However, there is no governing body overseeing how old a vine needs to be to be referred to as “old” on the wine label. Wine Folly notes that “Old Vines” should be regarded as a style rather than a specific indicator of what’s actually happening in the vineyard: “Old Vine” wines can sometimes be a blend of young- and old-vine grapes.

The alcohol by volume (ABV) might seem like something you can skip over, but it’s actually a useful tool for determining what’s inside the bottle. Generally speaking, the more alcohol, the bigger or richer the wine will taste. Higher alcohol wines are usually more fruit-forward, having been sourced from riper grapes. Certain European wine regions cap how high a wine’s ABV may be, while American wines are less restricted – some of the biggest examples swell to a mighty 17% ABV.

A pretty unambiguous term, Estate Bottled means that a wine was grown, processed and bottled in the same place. While there are notable exceptions – like garagiste wine – generally, wine made from grapes sourced from several locations tend to be lower quality. At the very bottom of the spectrum are wines grown in one country, and then shipped to another to be processed and sold as mass-market table wine.

Need help deciphering the wine labels in our auction? Looking to start a collection? Our knowledgeable staff is always happy to help. Get in touch by emailing us at [email protected].

Online from September 12 – 20, 2022, our Fine Wine auction showcases almost 600 lots of the best of Old and New World wines. Highlights include a complete boxed 2004 Duclet Bordeaux set; a 100-point 2010 Pétrus; multiple vintages of Mouton Rothschild (many in original wood); a large and diverse selection of Italians including a plethora of Super Tuscans; a fantastic selection of iconic Californians; and many large format bottles. With such a wide selection of thoughtfully curated wines there is truly something for every oenophile.

For consignment information for our November auctions, please contact us at [email protected] or visit the Fine Wine & Spirits Consignments page for more information. 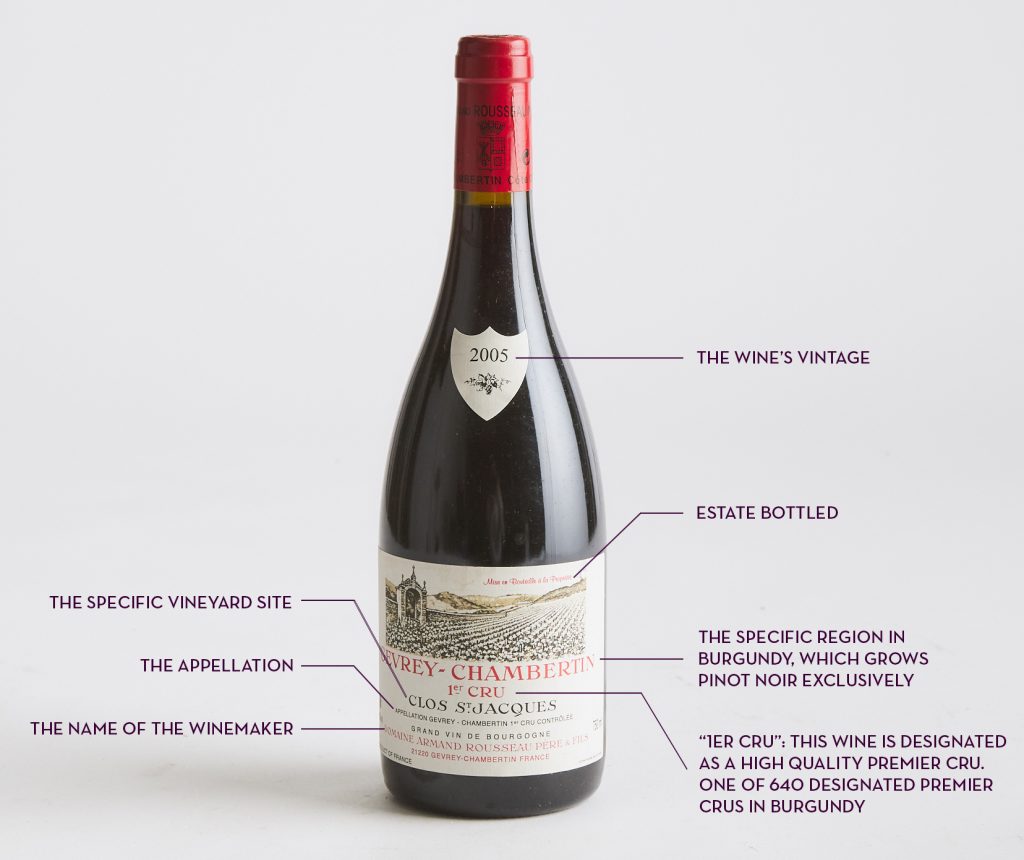