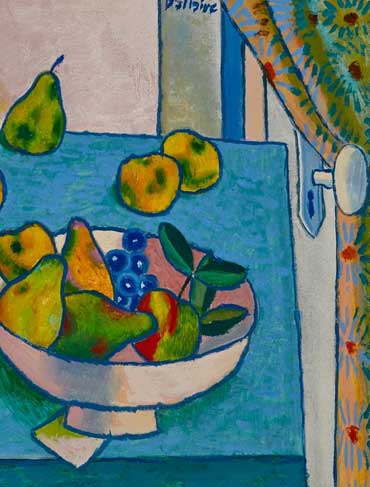 The 135 works of art to be sold on November 23rd spans a century and a half of great Canadian art making. Highlights of the auction include one of the earliest known Frederick Arthur Verner Indian encampments, Ojibway Camp at Northwest Angle, Lake of the Woods (based on a sketch in the collection of the National Gallery of Canada from 1873). Early topographical paintings by Washington Friend (1820-1886), John Herbert Caddy (1801-1883), and William Armstrong (1982-1914) are offered to collectors of historical paintings, alongside Sans Titre, the largest mid-1950s Jean-Paul Riopelle watercolour and ink ever entrusted to Waddington’s for sale, and the 2007 oil, acrylic and spray paint on canvas landscape, Swimming in the Lake, by contemporary painter Kim Dorland.

Our inclusion of rare and insightful portraits by Florence Carlyle, Laura Muntz Lyall, Randolph Hewton, Paul Peel and others, coincides with a renewed focus on great Canadian portraiture by the collecting and curatorial community. Finally appearing on the market are superb still lifes painted over a half century ago by Jean-Phillippe Dallaire, Lionel Lemoine FitzGerald, William Goodridge Roberts and others, most of which have been in single collections and passed down by descent since they were first acquired, in many cases directly from the artist.

From Cornelius Krieghoff (1815-1872) to Harold Klunder (born 1943) the auction is replete with examples of Canadian Art at its best.

About Waddington’s
Canada’s largest and most diversified provider of auction services, Waddington’s offers live and online auctions of fine art and collectibles across a broad spectrum of markets, including Asian, Canadian, Contemporary, Inuit and International Art, Decorative Arts, Jewellery, and Fine Wine and Spirits (under the authority of the LCBO). Our international network of clients and contacts ensures we reach the broadest possible markets.