Did you know that the word “whiskey” comes from the Gaelic word uisgebaugh, [pronounced WEEZ-ga-bochh] meaning “water of life”? Though the name might be borrowed, whiskey has become as American as apple pie. To celebrate our Fine American Spirits auction, we’ve put together a brief history, starting from the American Revolutionary War through to the modern day.

Before America’s love affair with whiskey, rum was the colonial tipple of choice through the 17th and 18th centuries, along with locally made beer, gin, brandies and ciders. Rum is made from molasses, an ingredient which was imported to America from the British-controlled West Indies. Once the Revolutionary War broke out, Britain cut off America’s supply of rum and molasses, meaning that the colonists needed to look elsewhere for their spirits. Grain-based whiskey provided an ideal substitute. Another strike against rum was the increased expense of transporting molasses inland: as settlers pushed further into the continent, rum became more and more expensive to produce. Grain whiskey allowed farmers to make some extra profit from surplus harvests, and was easy to transport and store, unlike beer or other grain by-products.

After the founding of the United States of America in 1776, George Washington became concerned with the army’s supply of liquor during the war. Writing to John Hancock, he proposed erecting public whiskey distilleries, explaining that “The benefits arising from the moderate use of strong Liquor have been experienced in All Armies, and are not to be disputed.” Washington knew a thing or two about the subject, having distilled first rum and then whiskey at his home at Mount Vernon, earning a considerable profit from its sale.

The late 18th century also saw a major influx of immigrants from Scotland and Ireland, who were already familiar with the production of grain-based spirits. Used to brewing with barley back home, these settlers began adapting to using the more readily available rye and corn, which they cultivated and distilled in the communities they established, laying the foundation for a major whiskey industry.

After the end of the Revolutionary War, the fledgling United States found themselves deeply in debt. In 1791, Alexander Hamilton, then the Secretary of the Treasury, persuaded Congress to implement tariffs on imported goods as well as introduce an excise tax on both foreign and domestic liquor, in addition to an annual tax on distillers.

At the time, many transactions were done by bartering, and cash was scarce amongst farmer-distillers. Unwilling to share their livelihood with the government, many distillers refused to pay these taxes, notably in rural areas. It was felt that these taxes ran counter to the principles of the American Revolution, particularly taxation without local representation. Rural Pennsylvania was the area most opposed to the tax, as they believed that it unfairly affected those west of the Appalachian Mountains—smaller landholders who relied on crops and needed to cross treacherous territory to get their goods to market in major cities. Pennsylvanians resorted to violence, intimidation and the tarring and feathering of several tax collectors.

By 1794, Washington’s efforts to make peace—which included the reduction of taxes—failed, and he sent troops to the region to quell the insurrection—incidentally, the first deployment of the newly-formed nation’s army. The rebels quickly dispersed without confrontation, though many distillers decided to move south to Kentucky, which would lay the seeds for the birth of bourbon.

The state of Kentucky has been blessed with many natural gifts – fertile soil conditions, plenty of trees, an abundance of high-pH water, an ideal climate – and inhabitants with an interest in making good whiskey. While history holds no record of the first person to make Bourbon or label it as such, or even the name of the first Kentucky distiller, the region became known for its high-quality whiskey around the 19th century.

There are several theories as to the origin of the name “Bourbon.” It is commonly said to derive its name from Bourbon County, Kentucky, or Bourbon Street in New Orleans, both of which borrowed their names from the French royal House of Bourbon. Another interesting etymological theory comes from Michael Veach, author of Kentucky Bourbon Whiskey: An American Heritage via the Smithsonian Magazine. Veach hypothesizes that the name came from an early exercise in brand allegiance. Veach cites an enterprising duo known as the Tarascon brothers, who arrived in Louisville, Kentucky from Cognac, France. They began selling local whiskey in New Orleans, sent down the Ohio River. “They knew that if Kentuckians put their whiskey into charred barrels they could sell it to the New Orleans’ residents, who would like it because it tastes more like Cognac or ‘French Brandy’,” says Veach. He explains that “people starting asking for ‘that whiskey they sell on Bourbon Street,’ which eventually became ‘that Bourbon Whiskey.’”

To learn more about Bourbon and what differentiates it from whiskey, we invite you to read our blog, “All About Bourbon.”

A defining moment in the history of American spirits came about in their absence. Enacted on January 17, 1920, The Volstead Act forbade the production of beverages that contained more than half a percent (0.5%) alcohol, effectively shuttering breweries, distilleries and wineries for 13 years. Many bartenders, keen to continue their craft, moved abroad to places like London and Cuba. Though this helped to enrich the cocktail cultures outside of the US, it forced drinkers stateside into underground clubs known as speakeasies.

Smugglers, mobsters and bootleggers imported Scotch, Canadian whisky, and a few other spirits. Lesser establishments served homemade hooch known as ‘moonshine’ or ‘bathtub gin,’ or spirits distilled from industrial alcohol. These raw, unrefined spirits were harsh and barely palatable, inspiring makers to attempt to mimic the taste of higher quality spirits by mixing in a few dubious additives: ‘bourbon’ was made by steeping moonshine with rotten meat or dead rats, ‘gin’ was made by adding juniper oil to raw alcohol, and smoky ‘Scotch’ by adding creosote – a wood tar-based antiseptic.

INTO THE MODERN AGE

Prohibition was repealed in 1934. During those 15 dry years, drinkers had grown accustomed to lighter whiskeys—the flavour profile of a blended spirit that had been stretched with the addition of younger or unaged spirits—and shied away from robust flavour profiles like Bourbon and rye. This was a boon for American distillers, who were unable to produced aged spirits overnight.

Whiskey-making again took a backseat during World War II, as distillers shifted to producing industrial alcohol for medical use. When they returned to their craft post-war, spirits like rye whiskey had passed out of fashion. They were seen as a relic, and faded from the mainstream by the 50s and 60s. Vodka became the spirit of choice by the 1970s, though cocktail culture began to wane, eclipsed by psychedelic, hippie drug culture.

By the 1980s, inspired by a global interest in Scotch, American distillers began renewing their focus on bourbons and other premium spirits. A cocktail renaissance in the early 90s furthered the trend, and drinkers began once again enjoying whiskey—straight or mixed in classic cocktails like the Manhattan, Sazerac or Old Fashioned. Today, Bourbon has become so popular that sought-after bottles like Pappy Van Winkle achieve cult status and can be near-impossible to find—unless you’re buying at auction!

It’s never been a better time to drink American whiskey. With over 150 bottles, our Fine American Spirits auction is a showcase of Bourbons and Specialty Spirits distilled in the United States. Highlights include bottles from Pappy Van Winkle, Blanton’s, and Weller, alongside rare bottles of EH Taylor’s Amaranth and Taylor’s Warehouse C.

Bidding will be online from November 21-29, 2022. We invite you to browse the catalogue for this auction,  as well as for our Fine Spirits and Fine Wine auctions.

For more information please contact us at [email protected] 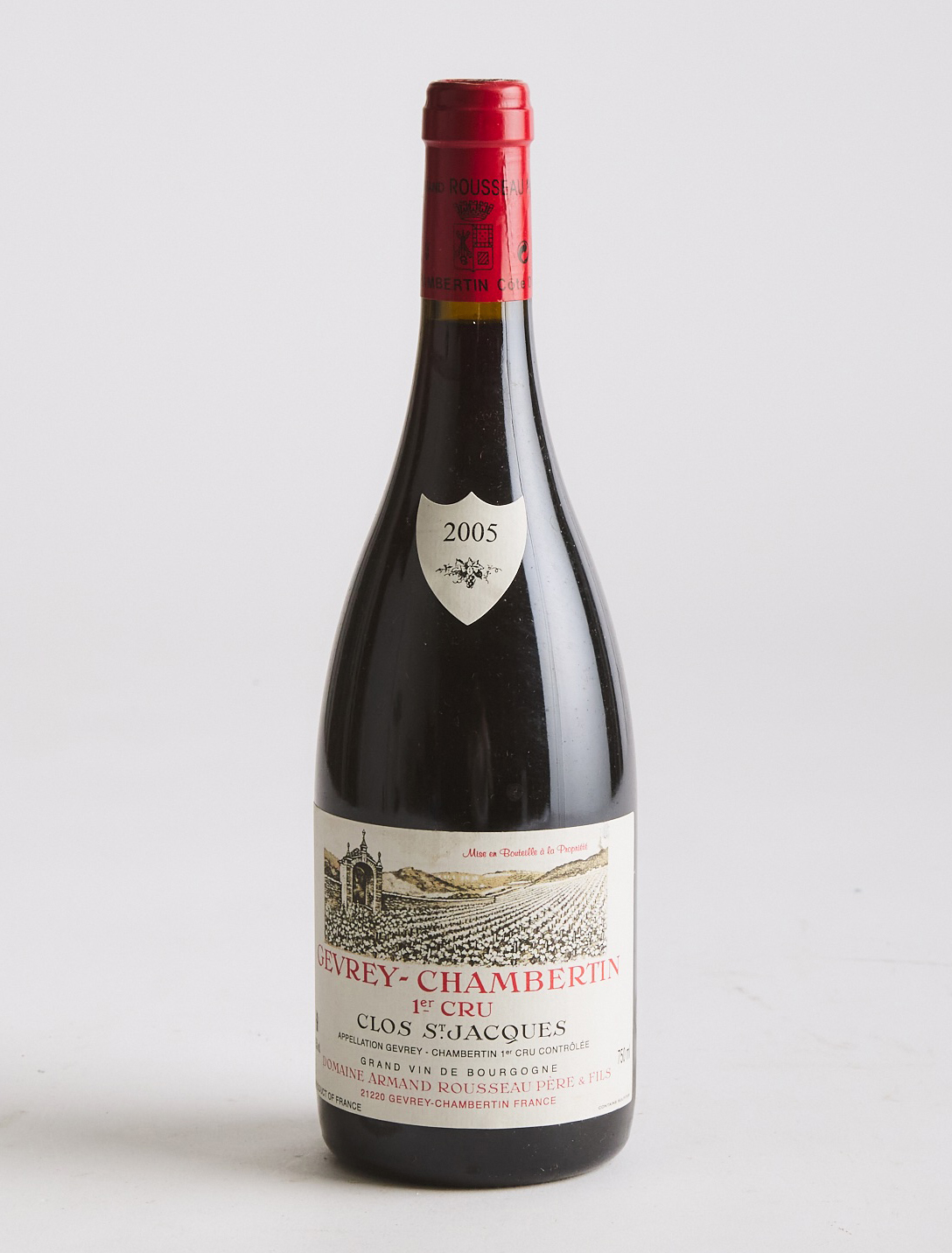