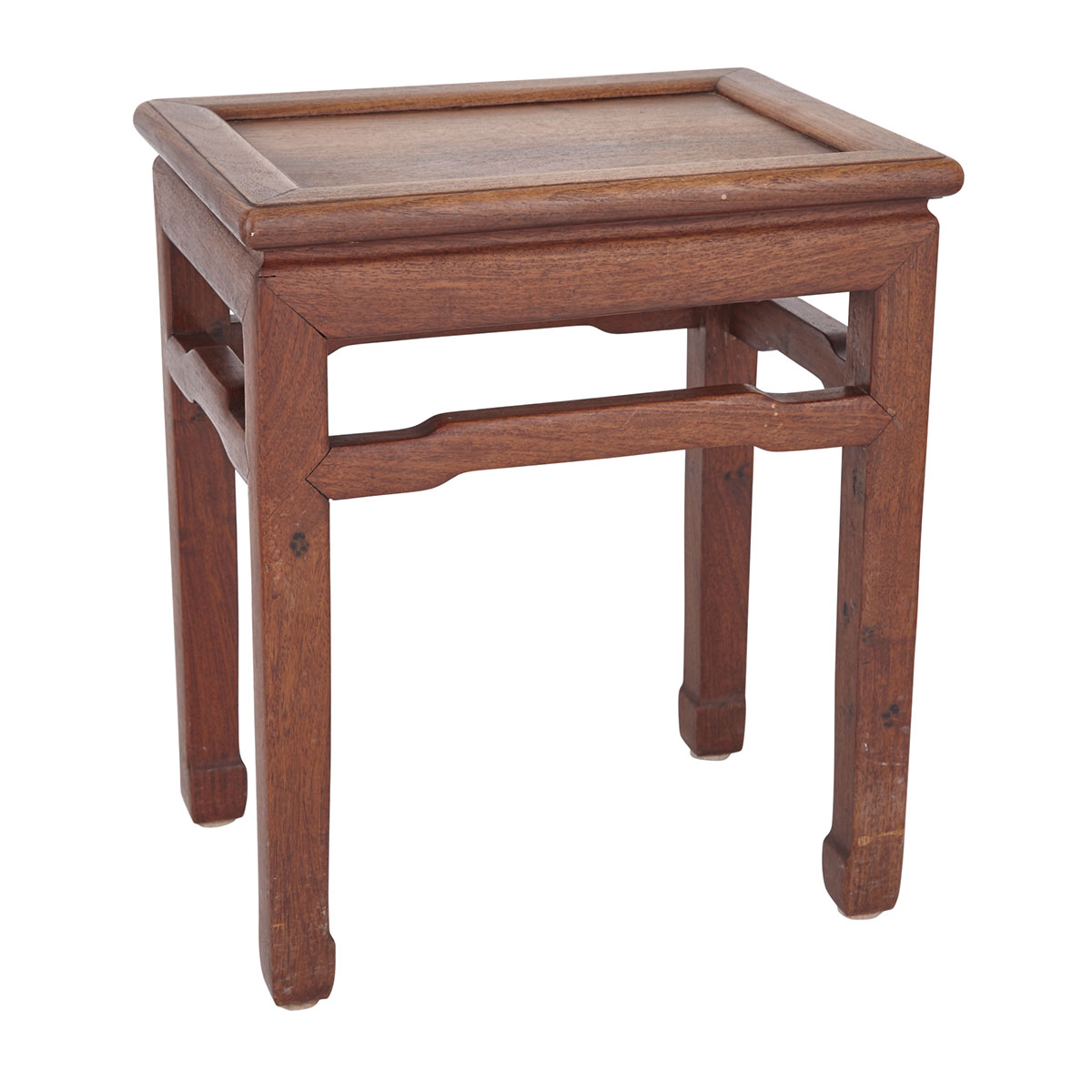 Another group of four similar stools was sold at Christie’s Hong Kong, June 3, 2015, lot 2810, as part of the Feng Wen Tang Collection of Bamboo Carvings and Furniture

The Estate of Mabel Tom. Acquired in Beijing during the 1920's and mid 1930's from Prince Pu Lung, reputedly the uncle of Henry Puyi. Born in Ontario, Canada, Mabel Tom lived and worked in Beijing as a nurse, while residing on the estate of Prince Pu Lung. This table was given to her along with a number of other decorative items and furniture by Prince Pu Lung in recognition of her medical services and care for the local people. Photographs of her furnishings and a detailed account of her time in Beijing were published in Canadian Homes and Gardens, August-September, 1936.Waddington’s sold the majority of her Chinese huanghuali furniture in June 18, 2010.