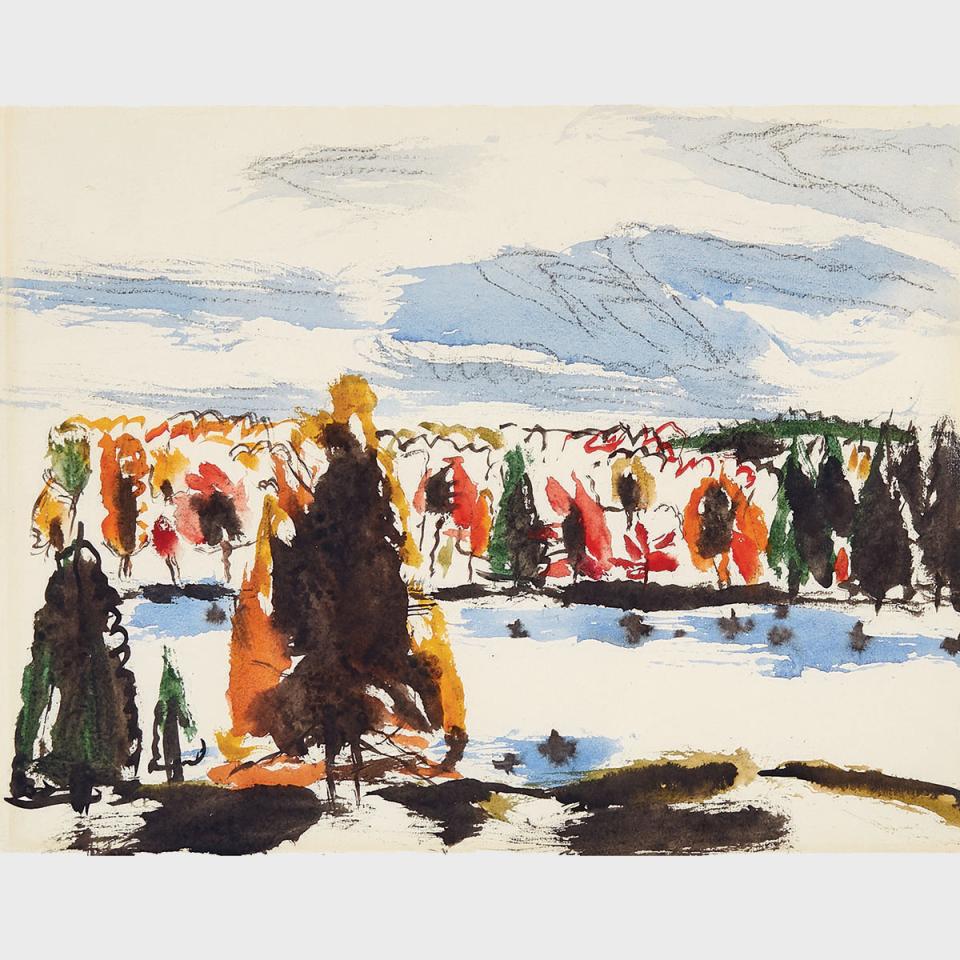 MORNING ON THE RIVER (NORTH OF COBOCONK) 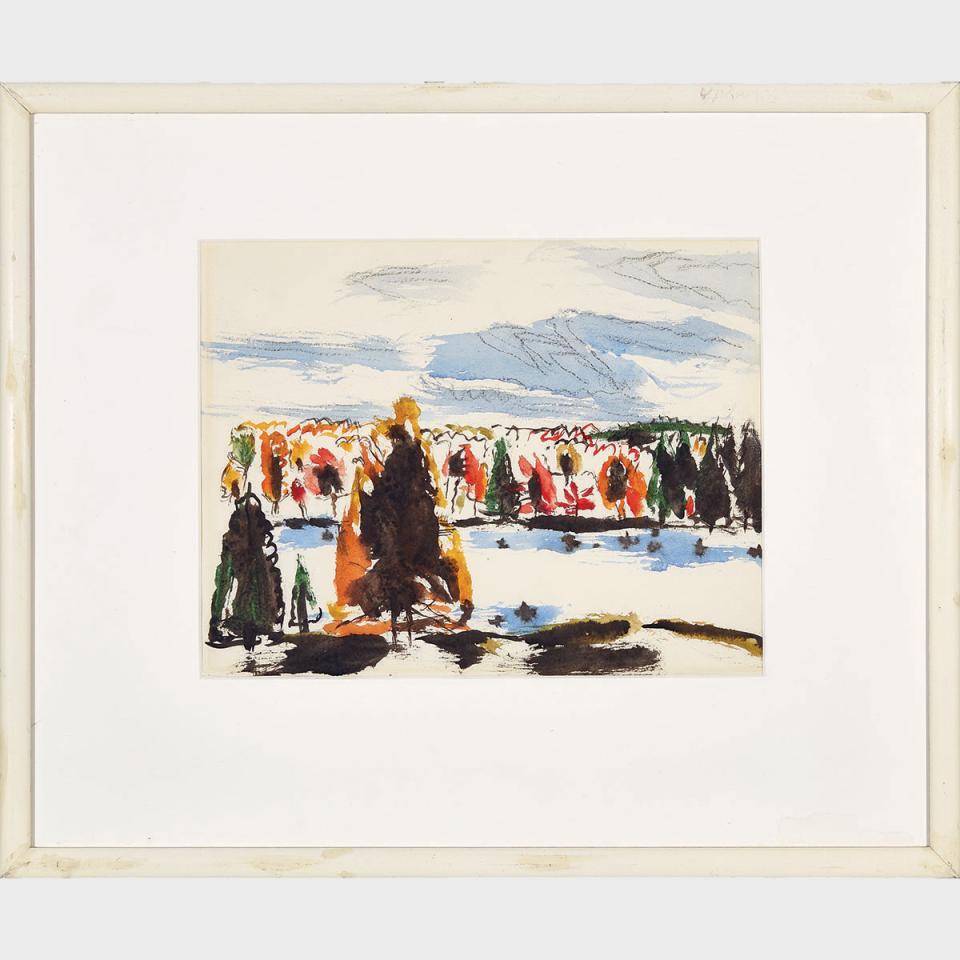 Ian Thom writes: "In 1945 (the year this work was painted), after a lapse of twelve years, Milne took up watercolour again. The medium was to dominate the last years of his career."  Thom asserts: "Milne's watercolours from the forties are amongst his most extraordinary achievements...a product of exceptional skill."

Punctuating a decade of discord and penury which was the thirties, 1940 heralded the start of a special decade for David Milne (1882-1953), one in which he found both great happiness and some financial success. It was during this period that two particular people played an increasingly important part in Milne's life, his second wife Kathleen Pavey, and his dealer and agent, Douglas Duncan. David Silcox describes Kathleen and Duncan as Milne's "wonderful guardian angels."

In late summer each year from 1940-1946 (with the exception of 1941), the Milne's, David, Kathleen and their young son, David Jr., went on a family camping trip for several weeks to Coboconk. David Silcox writes: "Milne usually stayed on after the family holiday for an extra two or three weeks to paint." This work, which has been dated to October 1945 by Douglas Duncan, is a product of the penultimate family camping trip to the area and the solo painting time that followed, a trip that had become nothing less than a "family ritual."

DAVID BROWN MILNE, MORNING ON THE RIVER (NORTH OF COBOCONK)