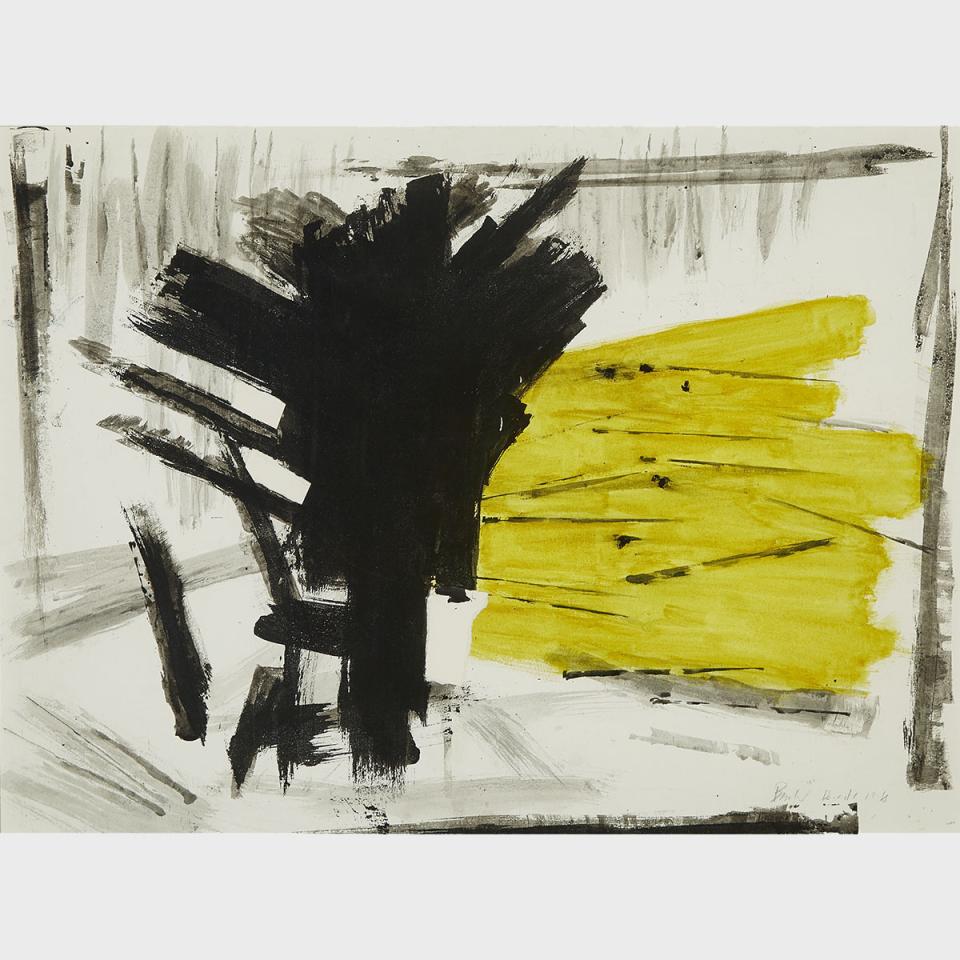 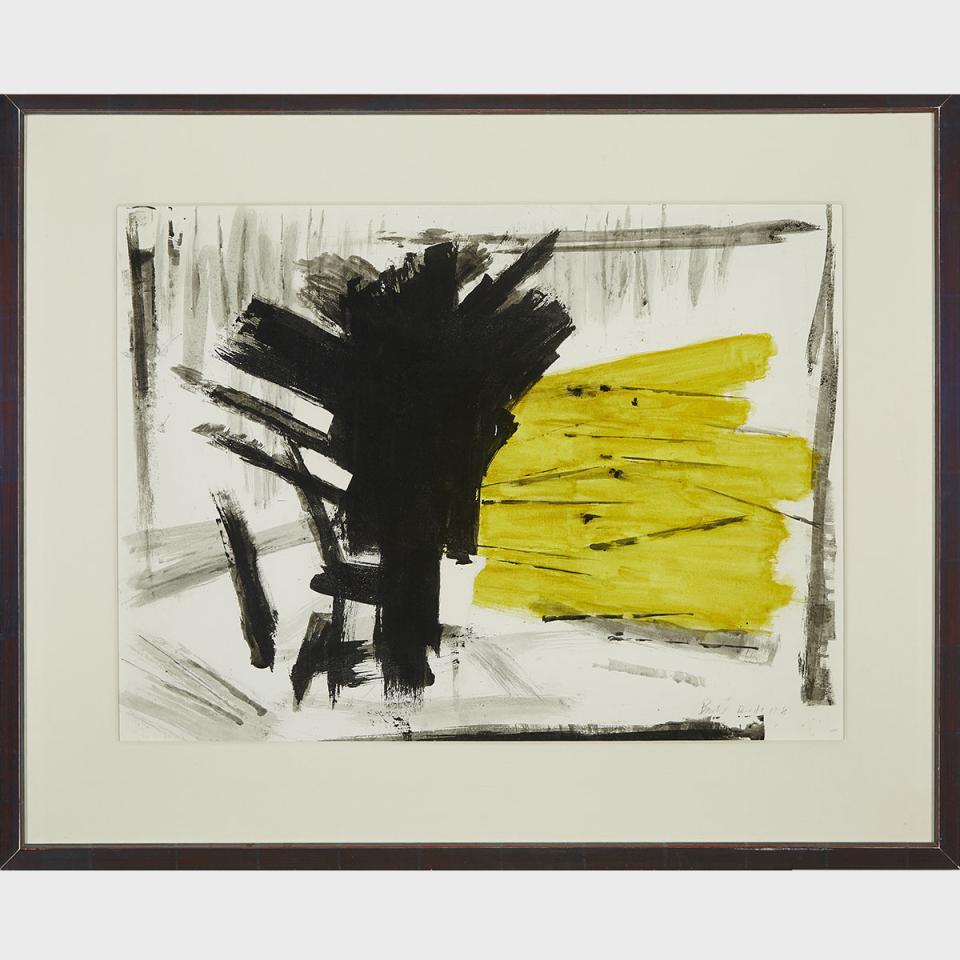 Jack Bush (1909-1977) was an important Canadian abstract painter of international stature. His was a long career, beginning in the 1930s when Bush painted in a style akin to the dominant Group of Seven, then slowly evolved towards abstraction in the late 1940s. He was one of the founding members of Painters Eleven in 1953.

November #25 is the last in an important series of twenty-five watercolours that Bush painted in November and December 1956. They are important for a number of reasons. At this stage in his artistic evolution, Bush was in the process of refining his abstract style, eliminating superfluous details in favour of large, simple forms and freeing these forms from references to nature. Increased contact with New York and the work of American painters had a strong impact on Bush, (he saw a show of Abstract Expressionist painters at the Whitney Museum in May 1955, including Franz Kline and Robert Motherwell) and he typically turned to watercolour to experiment with and advance new ideas. Watercolour allowed Bush to work more freely and rapidly than oil; he was able to focus on the relationship of saturated colours to the calligraphic black overpainting that structures the composition. If this series bears a strong resemblance to work of the action painters, the choice of colours (in this case, an acidic yellow) is typically Bush.

It was these watercolours that critic Clement Greenberg saw and admired when he visited Toronto during the summer of 1957. He encouraged Bush to apply the same principles of simplicity and thinned medium to his oils. This was, of course, the direction that Bush took, and would probably have taken regardless of Greenberg’s affirmation.

This work would have been executed shortly after the tragic death of fellow Painters Eleven artist, Oscar Cahén, who was killed in  a car accident in Oakville, Ontario on November 26, 1956. Bush responded to his friend’s premature death  by producing a small group of works in homage to him.  Th execution of this lot immediately follows that small group.

This work will appear in the forthcoming Jack Bush Paintings: A Catalogue Raisonné authored by Sarah Stanners.