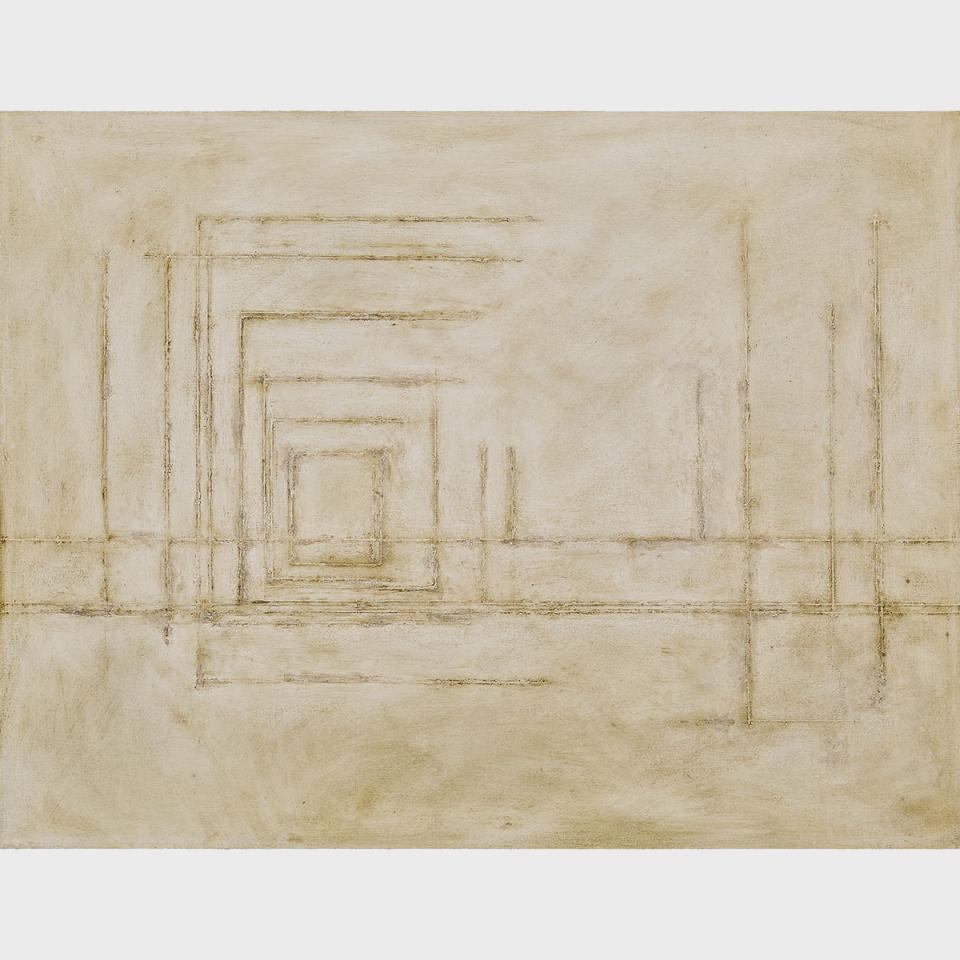 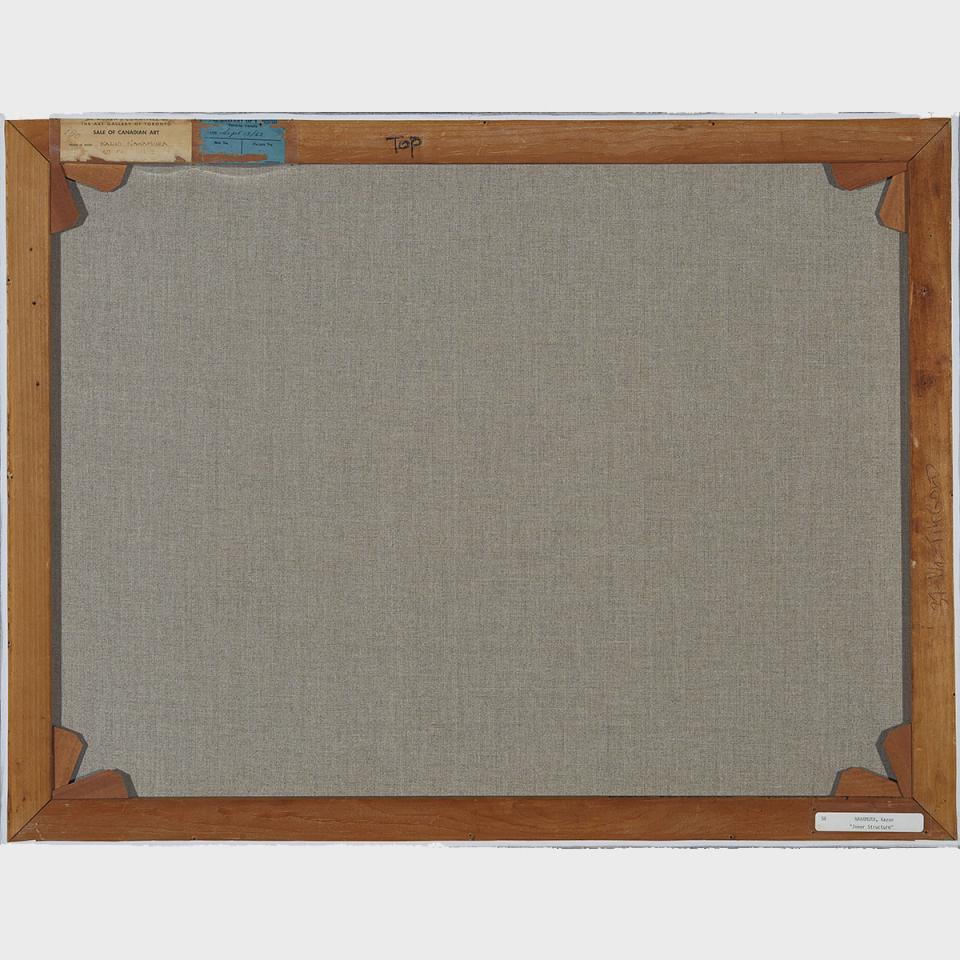 Sale of Canadian Art, The Women’s Committee of the Art Gallery of Toronto (circa 1962)
Private Collection, Toronto

Kazuo Nakamura (1926-2002) was one of the founding members of the abstract group known as Painters Eleven (1953-60). While the younger members (Town, Ronald, Hodgson) practiced a rapid calligraphic style akin to American “action painting,” stylistic individualism prevailed among members of the group. Nakamura’s reductive, geometricized compositions stood out within this diversity of abstractions.

Born in Vancouver, Nakamura was interned with his family at Tashme, British Columbia during the Second World War. He later received his artistic training at Hamilton Technical and Art School and Central Technical School in Toronto from 1948-51. The two most important influences on his work, Nakamura explained, were Jock Macdonald, and Bauhaus teacher Laszlo Moholy-Nagy whose interest in connecting art and science paralleled his own. Nakamura sought to reveal the underlying patterns found in nature, believing art to be the artist’s concept or equivalent of their environment and thoughts.

Inner Structure of 1961 was preceded by a series of dichromatic “inner views” that Nakamura painted in the mid-1950s, in which structures were built up of fine lines, appearing to either emerge from or retreat into an amorphous ground. Nakamura also executed a group of monochromatic “string paintings,” applying white oil paint over string affixed to the support, then covering the surface with a muddy wash, most of which he then wiped clean as one would an etching plate. A visible pattern resulted where the pigment was caught by the raised string. The titles of these works often reference nature. Later, string was replaced by raised lines of acrylic paint, as in Inner Structure.

Here, Nakamura appears to seek an equivalent for the perception of built space. It recalls the diagrams of Renaissance artists, who devised a mathematical system to represent space—linear perspective—in which receding lines converge at an imaginary vanishing point along the horizon. However, the nature of the space is ambiguous. The viewer could read the arrangement of lines as receding space, but it could also be interpreted as the plan of an ancient ziggurat. However, the nest of four-sided shapes just left of centre does not comply with the laws of linear perspective, and parts of the construction are rubbed out or incomplete. It is, after all, a human construction which has no parallel in nature; and it may be this incongruity that Nakamura was commenting upon.