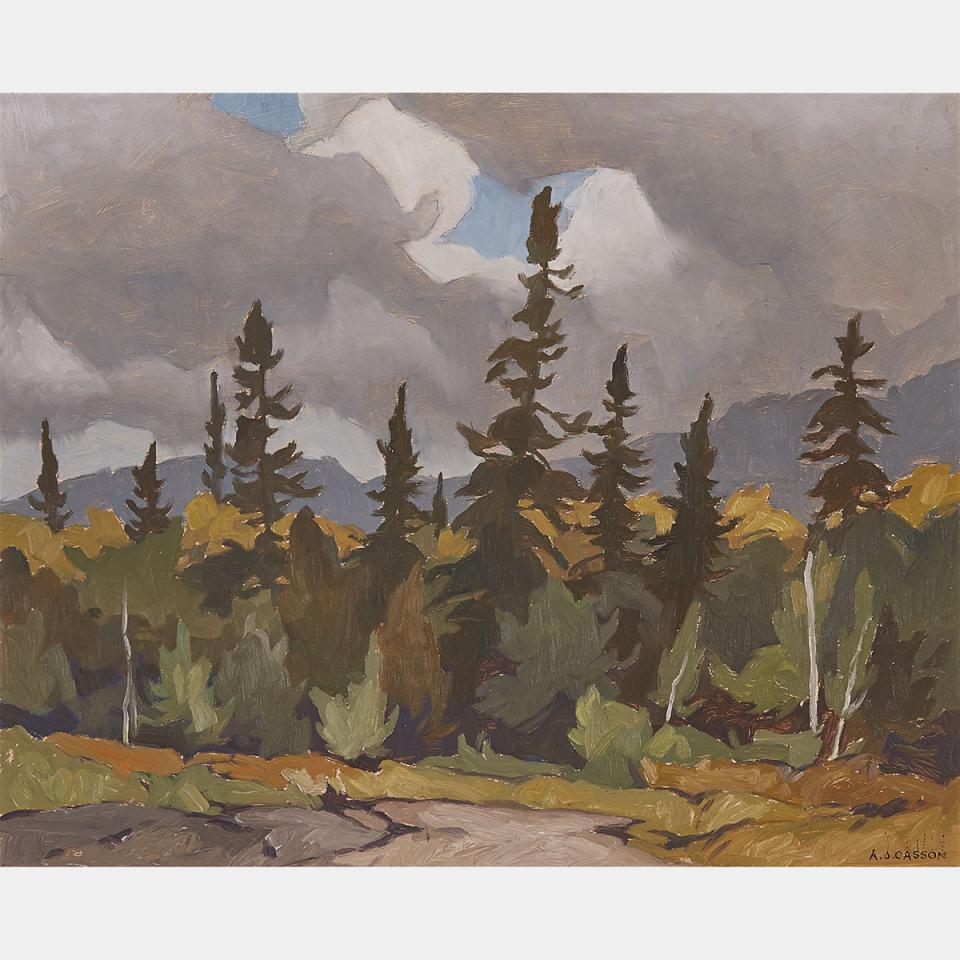 A.J. Casson (1898-1992) painted Oxtongue Lake in the Algonquin Highlands, near Huntsville, many times during his long career. It was a place frequented by other members of the Group of Seven and Tom Thomson. In this version, Casson has focused on a wooded area near the lake, without including the lake itself. While the style is characteristic of his oil sketches from this later period, the subject and composition are reminiscent of work by the Group of Seven which had influenced Casson early in his career.

By the 1970s, Casson had become the historian and spokesman for the Group, and had gained considerable renown. 1970 marked the fiftieth anniversary of the Group, giving rise to popular nostalgia for their work. Woodland—Oxtongue Lake is a typical Group of Seven view in which the simplified forms of trees, some displaying their vivid autumn colours, are silhouetted against a background of hills and cloudy sky. A pronounced flatness and patterning signal this as a later work.