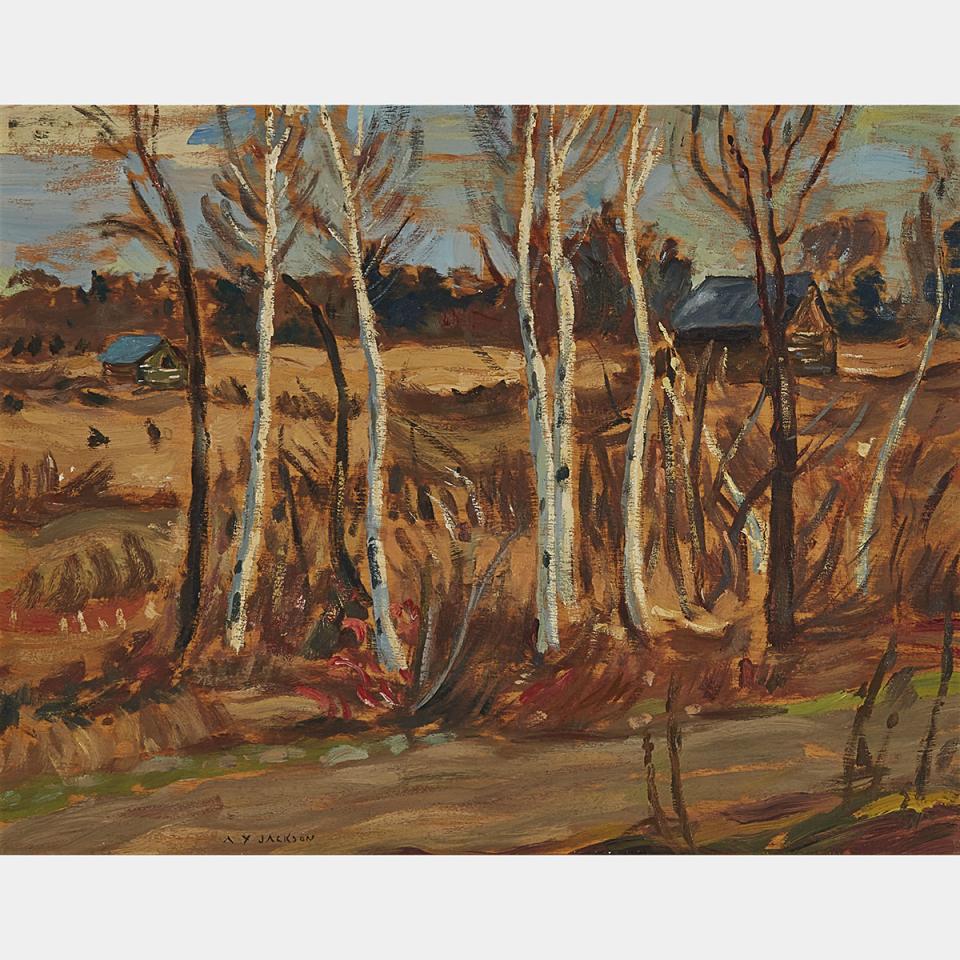 In this painting, A.Y. Jackson (1882-1973) returned to a motif which he had favoured before the First World War: a landscape receding behind a screen of trees. Around 1914, working with Tom Thomson in Algonquin Park, his paintings were closed in, due to the nature of the landscape. In the late 1930s and through the 1940s, Jackson was travelling a great deal. In addition to his annual painting trips to familiar spots (Quebec, Georgian Bay), he travelled to Alberta, the Northwest Territories, and British Columbia where he encountered a variety of different landscapes—broad expanses of land in the prairies with majestic mountains in the distance, for example. In the autumn of 1945, he had been to Kamloops, the Cariboo Region of British Columbia, and southern Alberta. Returning to more familiar territory, Jackson must have been struck by the contrast between what he had experienced in the west with the more cultivated landscape of eastern Ontario. He chose a view that captured that experience.