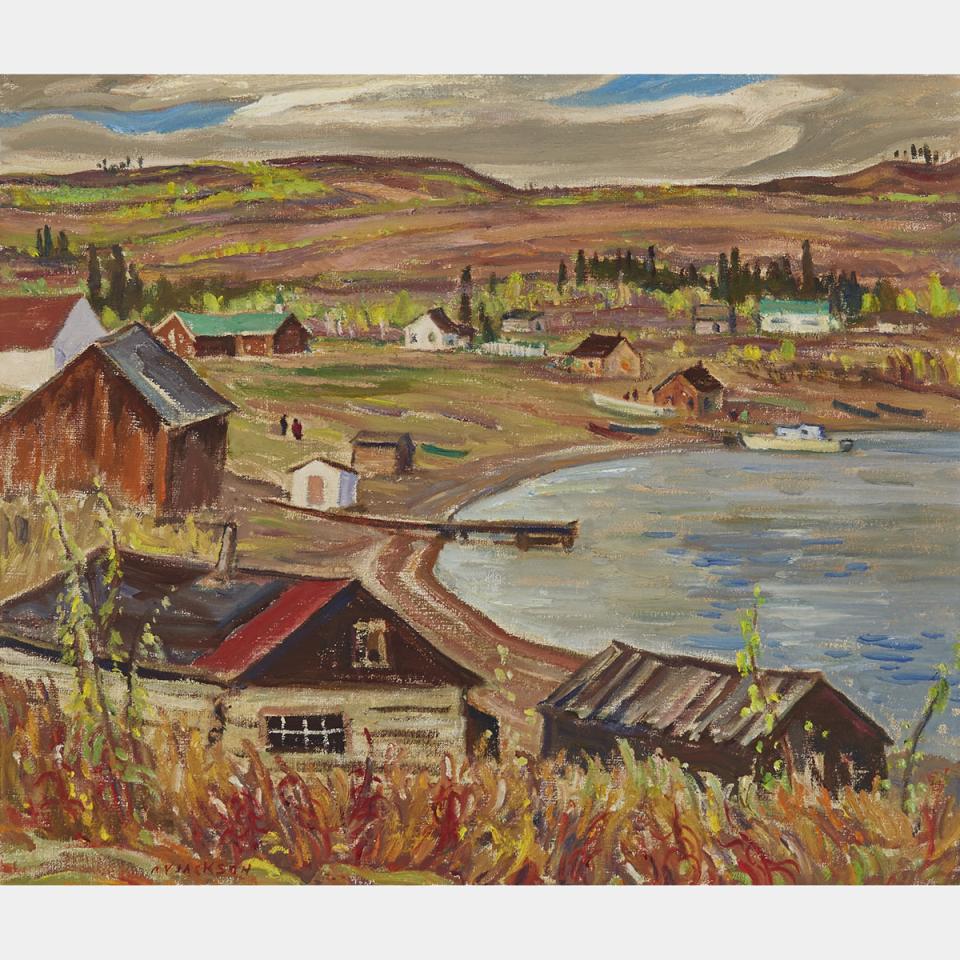 This canvas depicts Camsell Portage, located on the north shore of Lake Athabasca in northern Saskatchewan.

Dr. Charles Camsell (1876-1958), after whom this small settlement was named, founded the Royal Canadian Geographical Society in 1929. He was a geologist, explorer and later Deputy Minister of Mines and Resources who along with Gilbert Labine, a prospector, were involved with the discovery of radium and silver at Port Radium on Great Bear Lake during the 1930s.

Camsell Portage remains as remote an outpost today as when it was first explored by Dr. Camsell and by A.Y. Jackson a few decades later. Today, fewer than 40 people call it home. When Jackson painted this canvas in the late 1950s many of the miners cabins and other buildings had long been abandoned and stood “amid bright grasses and shrubs, providing many sketching themes for the artist.”