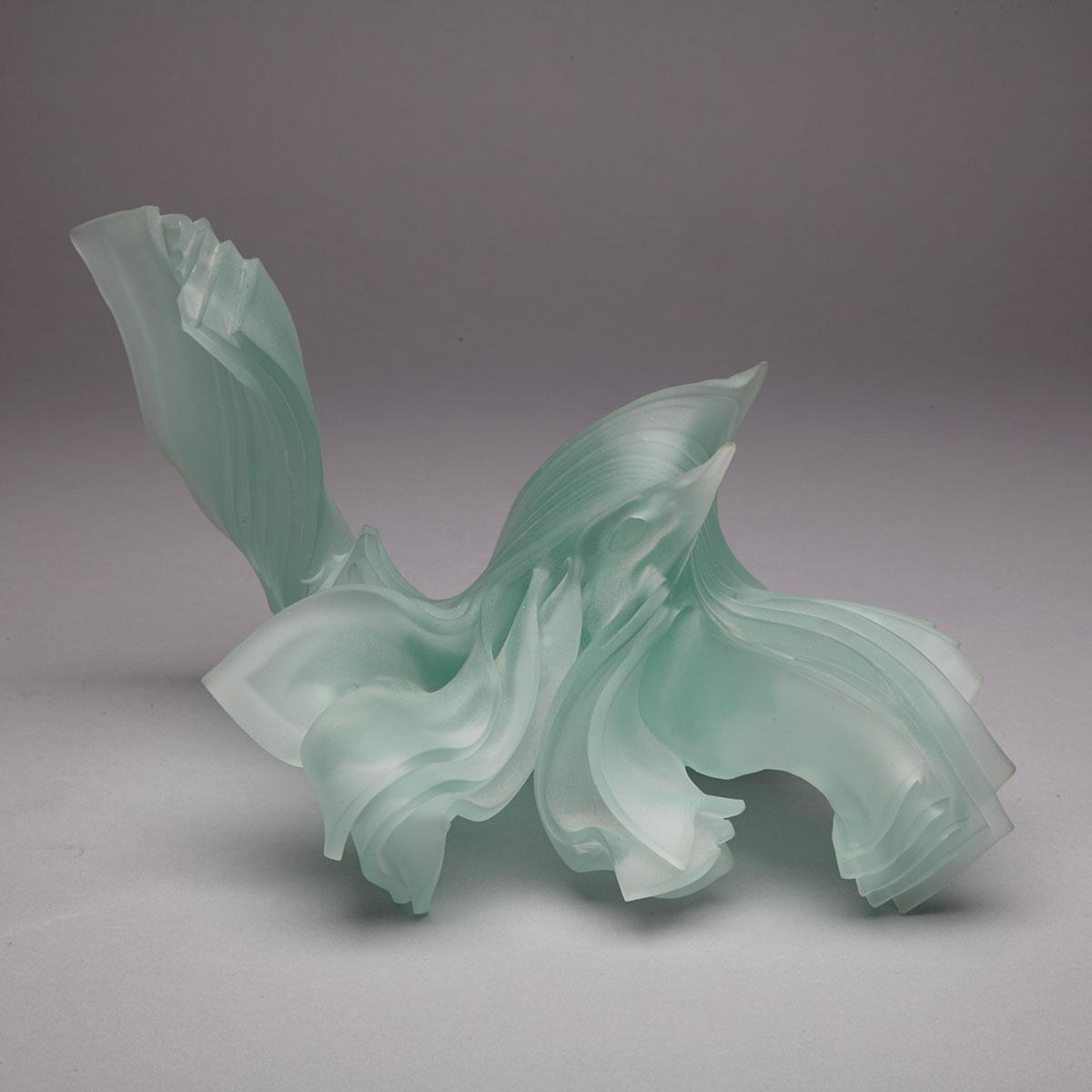 Lou Lynn was born in 1950 and raised in Edmonton, Alberta. At the age of 18, she moved to British Columbia, where she traveled and worked at various jobs throughout the province. This was a very stimulating time in terms of the crafts revival that was occurring in the Western provinces. It was during this period that she developed an interest in stained glass and began exploring the sculptural potential of glass in the mid 1980′s. Lynn attributes her interest in the use of glass as a sculptural medium to the frequent periods of study she undertook at the Pilchuck Glass School in Stanwood, Washington.

Lynn’s sculpture has been widely exhibited nationally and internationally and is displayed in major corporate and public collections that include the Embassy Collection of Foreign Affairs Canada in Berlin, the Yunnan Hanrongxuan Art Museum in Kunming, China, the Corning Museum of Glass in Corning, New York, and the Canadian Museum of Civilization in Ottawa, Ontario. She has lectured at the Academy of Art & Design at Tsinghua University in Beijing, China, and has taught extensively, including at the Corning Museum of Glass Studio and Pilchuck Glass School.

Lynn was awarded several grants throughout her career from the Canada Council for the Arts and the BC Arts Council. In 2006 she was the recipient of the Gerson Award for Excellence, Innovation & Leadership, from the Craft Council of BC, and has been nominated twice for the Governor General’s Award (Saidye Bronfman Award). In 2010 she was inducted into the Royal Canadian Academy of Arts (RCA). Lou Lynn lives and maintains a studio in Winlaw, British Columbia.