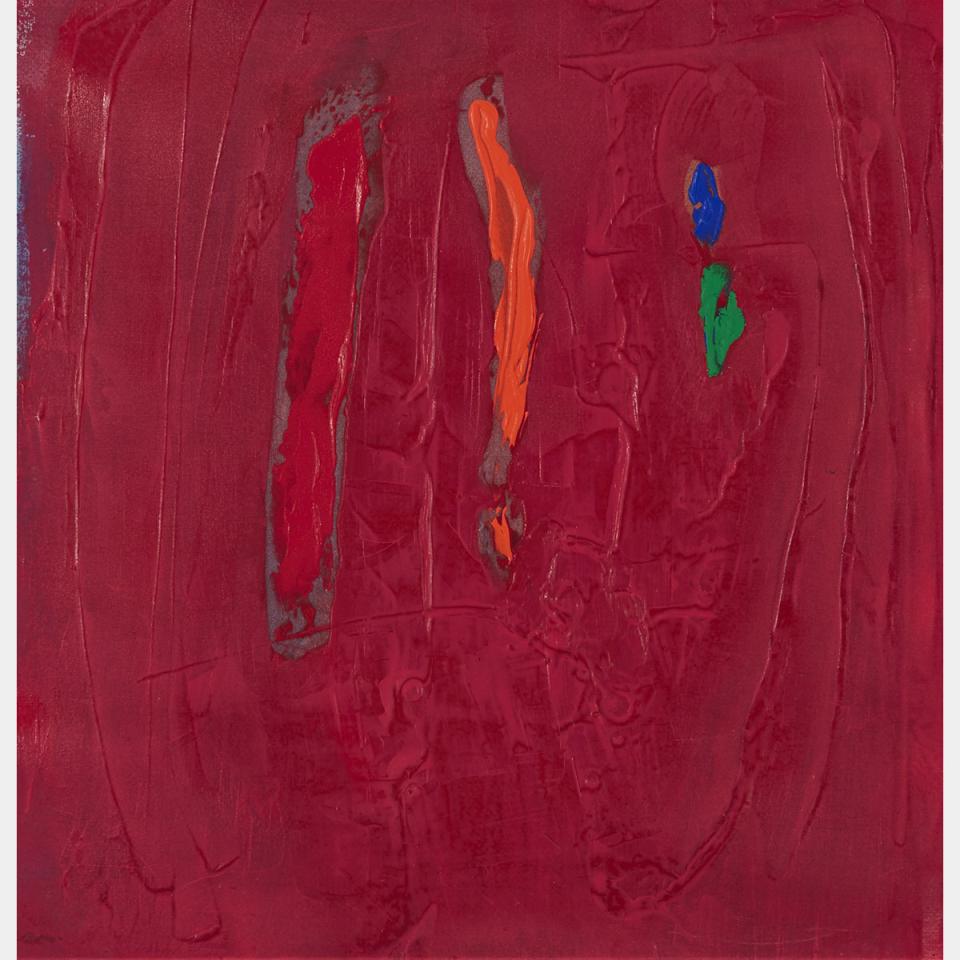 William Perehudoff was one of Canada’s most distinguished color field painters who combined his experiences in the prairies of Saskatoon with abstract forms. He was heavily influenced by American post-war artists Will Barnet and Kenneth Noland, and critic Clement Greenberg, who he met at the Emma Lake Workshops in the 1940s and 50s. The Emma Lake Workshops were a professional training initiative at the University of Saskatchewan led by over eighty artists and critics from around North America. In 1988 he became a leader of the workshop himself.

Each decade of painting produced a unique body of artwork examining color, texture, and form. Perehudoff’s mature working method was distinctive: he would paint on unstretched canvas on the floor while listening to classical music. Karen Wilkin, curator of Perehudoff’s retrospective, explained that the aim of his abstractions “...[was] plainly not to replicate appearances but rather to stir our emotions through wordless relationships of color, eloquent intervals, thoughtfully deployed shapes, and nuanced surfaces.”