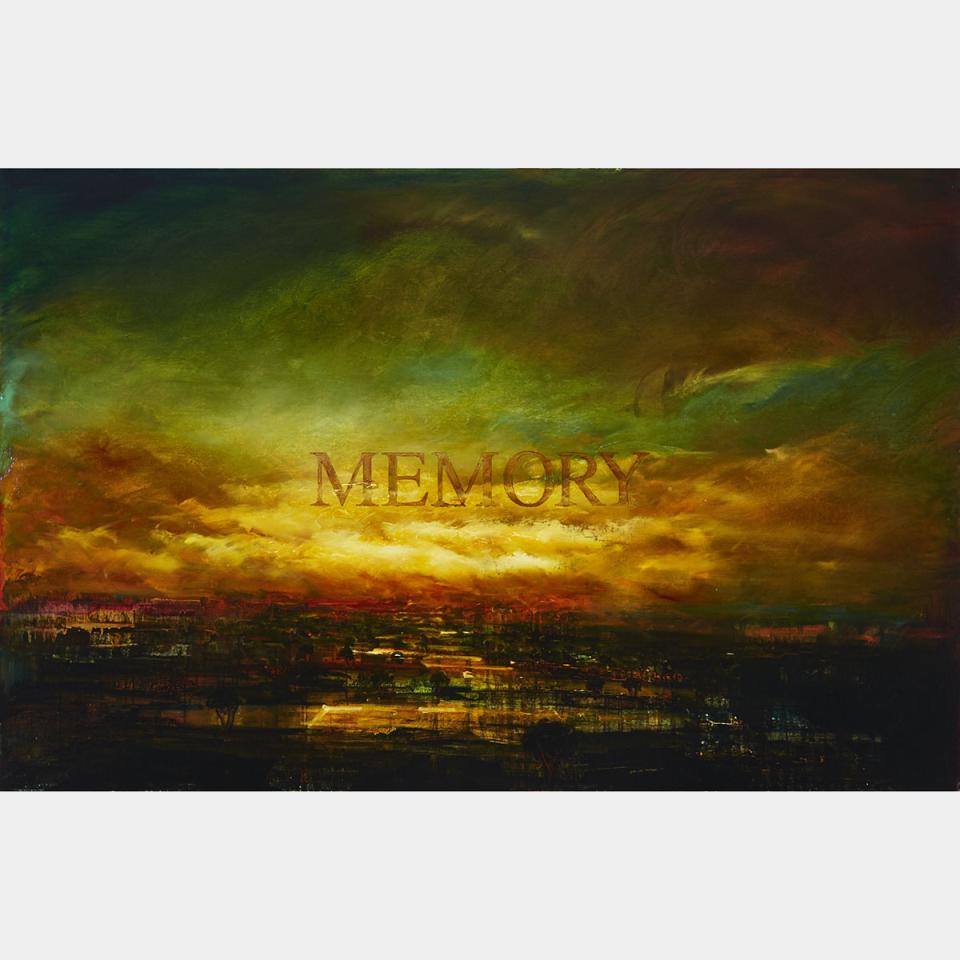 Canadian-American painter David Bierk was born in Appleton, Minnesota and went on to study at the California College of Arts & Crafts in Oakland, California. He later received his B.A. and M.F.A. in painting and photography at Humboldt University in Arcata, California. Immigrating to Peterborough, Ontario in 1972 where he taught, Bierk developed a particular painting style and approach that generated international acclaim and recognition. Landscapes featured as a central component of Bierk’s oeuvre, with a characteristically yellowed light and palette that echoed the landscapes of the Romantic period and the Hudson River School. However, Bierk regularly copied and reintroduced works from a wide and varied art-historical canon, and created homages to artists such as Cezanne, Manet, Fantin-Latour, Vermeer and Caravaggio, exploring the relationship between traditional practices and new, modern forms of art-making, including photography and the use of industrial materials.

David Bierk was elected a member of the Royal Canadian Academy of Arts in 1998 and was posthumously awarded the Queen’s Gold Jubilee Medal in 2002. Bierk’s work is widely represented and is in numerous public and private collections across North America including the National Gallery of Canada, the Art Gallery of Ontario and the Dayton Art Institute, Dayton, Ohio.