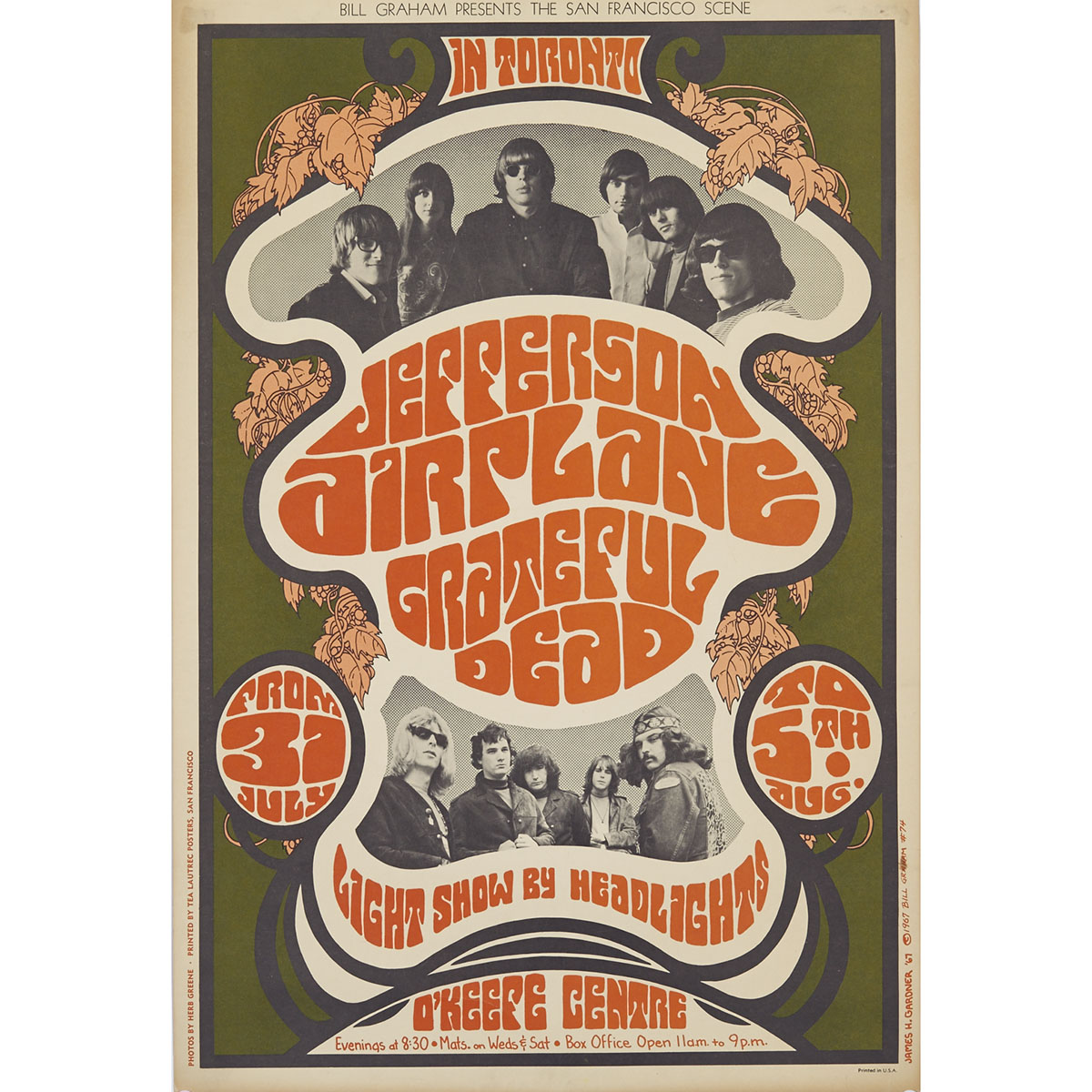 In the summer of 1967, promoter Bill Graham took two of his San Francisco favourites to the 'Great White North' for 'The San Francisco Scene in Toronto' - The Grateful Dead and Jefferson Airplane concert.

The original cache of posters were reported to have been confiscated at the Canadian border or stolen off a truck on its way to Canada. As a result, few appear on the market, making this poster extremely rare.

According to the present owner, Gerald Williams, from whose estate this lot originated, went to the concert and obtained the poster and the programme as hand-outs.

The poster art created by James H. Gardner to promote 1960s and 1970s live music concerts, club dates and legendary events is among the most collectible rock poster art of the period.

The first edition of this poster was printed before the concert on two different kinds of paper, one a thick poster board and the other a thin regular stock version. This original printing measures 20 7/16" x 13 15/16".

The Toronto Star, December 2, 2000, p. N19, “Check Out Your Basement: Grateful Dead and Jefferson Airplane flyer for the O’Keefe Centre sold for more than $3,200” ... ‘Bidders were in a frenzy for one of the few existing originals of a handbill trumpeting the 1967 arrival of ‘The San Francisco Experience in Toronto’”