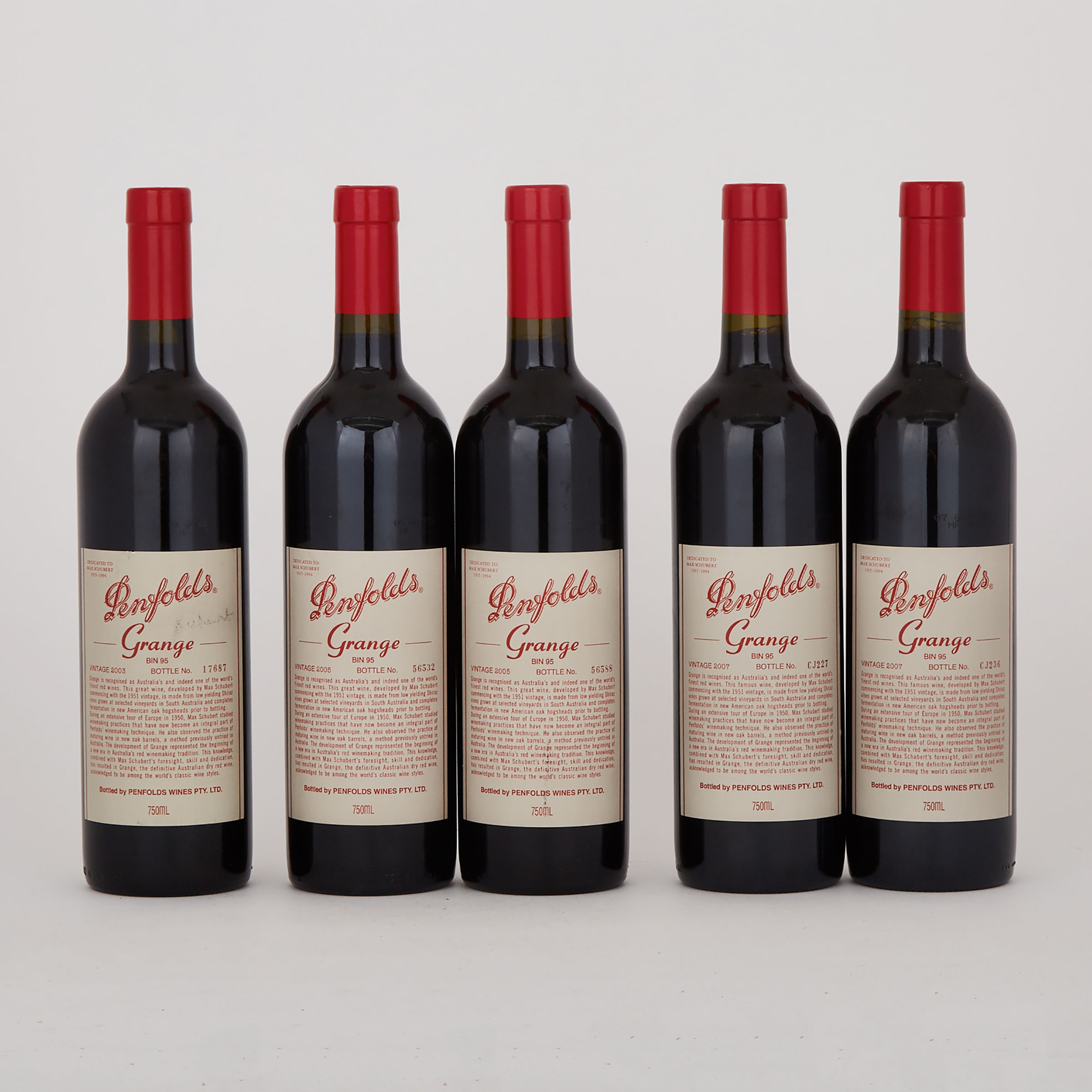 Containing just a dollop of 4.1% Cabernet Sauvignon, the 2005 Grange is about 85%+ Barossa fruit with the remaining proportions coming from McLaren vale and Coonawarra. It was aged for 18 months in 100% new American oak hogsheads. The nose begins a bit animal with some smoked game, mincemeat and bacon notes emerging over the freshly crushed, sun-warmed blackberries, black currant cordial, earth, black truffles, anise and allspice. Rich and full with very firm very fine tannins and very crisp acid, it gives a long finish layered with coffee, mincemeat and toast. Drink it 2013 to 2025+. WS 97 WA 97

The 2007 Penfolds Grange is comprised of 97% Shiraz and 3% Cabernet Sauvignon coming predominately from Barossa vineyards with smaller proportions from Magill Estate and McLaren Vale. It was matured for 21 months in 100% new American oak hogsheads. Very deep garnet-purple in color, the nose is intensely scented of vibrant blueberry preserve, mulberry and kirsch aromas over hints of cedar, mocha, vanilla and anise. The full bodied palate is richly fruited with pure black berry and baking spice flavors offset by crisp acidity and a firm level of velvety tannins, finishing long. This is quite an opulent, forward Grange, which is very tempting to drink now, though of course will reward at least 5-10 years of cellaring and should keep to 2030+ May 2012 WS 94 WA 95