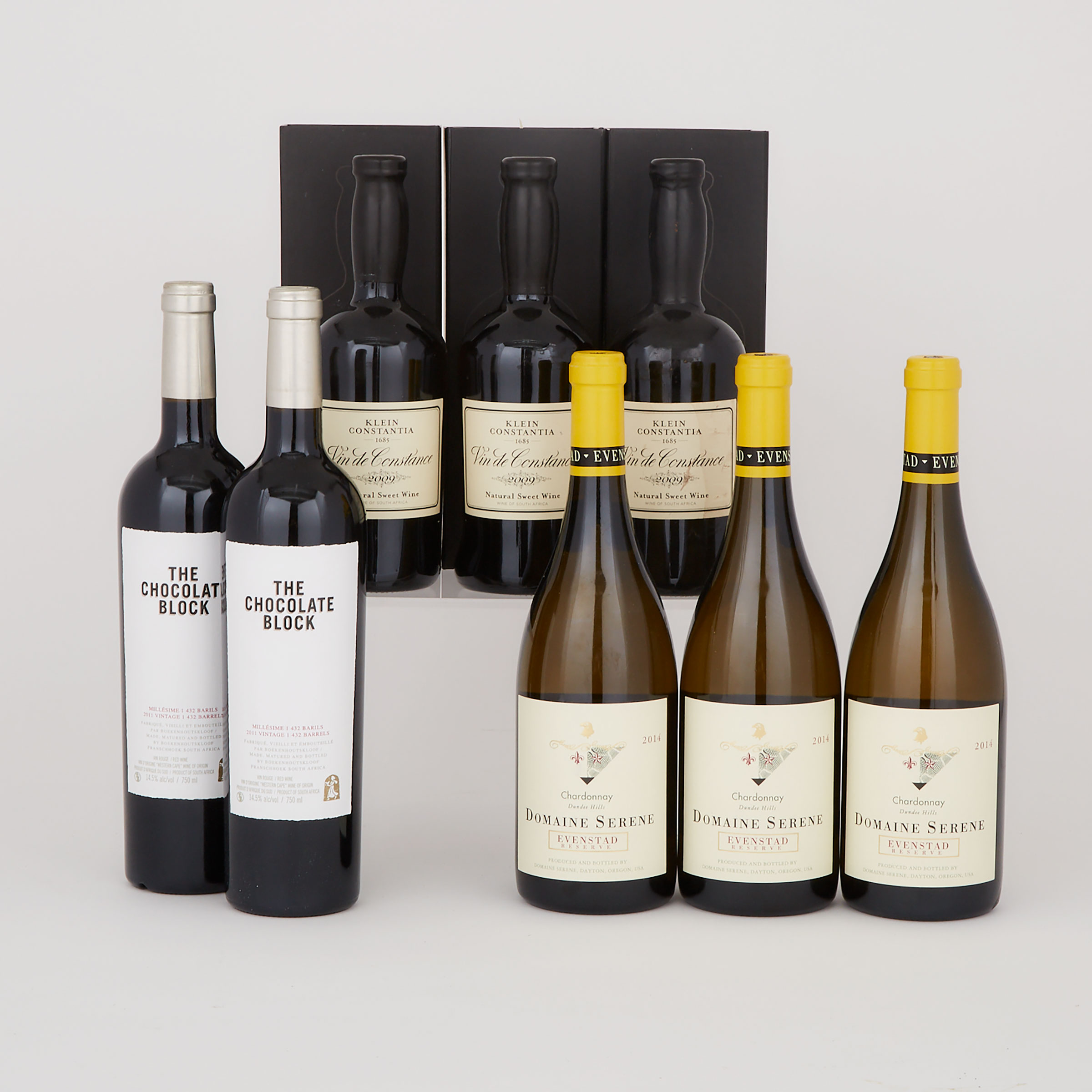 The 2009 Vin de Constance Natural Sweet Wine had been in bottle around six weeks when I tasted it at the estate. It was harvested over three months from 25 separate batches, each bunch selected by hand and raised for six months to one year in 500-liter barrels. Matthew told me that he is looking for less time in barrel and more time in bottle before release. Then again, the 2003 is still in barrel! This is the first vintage Matthew Day has been involved with from start to finish and he sees it as a cross between the 2007 and 2008. It has an intense marmalade, dried apricot, beeswax and honeycomb scents, your quintessential Vin de Constance nose, and it seems to muster more vigor with aeration. The palate is well-balanced with a spicy tincture on the entry, slightly oxidative, with nutty notes infusing the thickly layered honeyed fruit with touches of papaya and mango toward the finish with touches of rosewater and gripe water (a children's medicine for anyone without the privilege) on the aftertaste. Another superb Vin de Constance from Matthew Day. October 2014 WS 95 WA 94