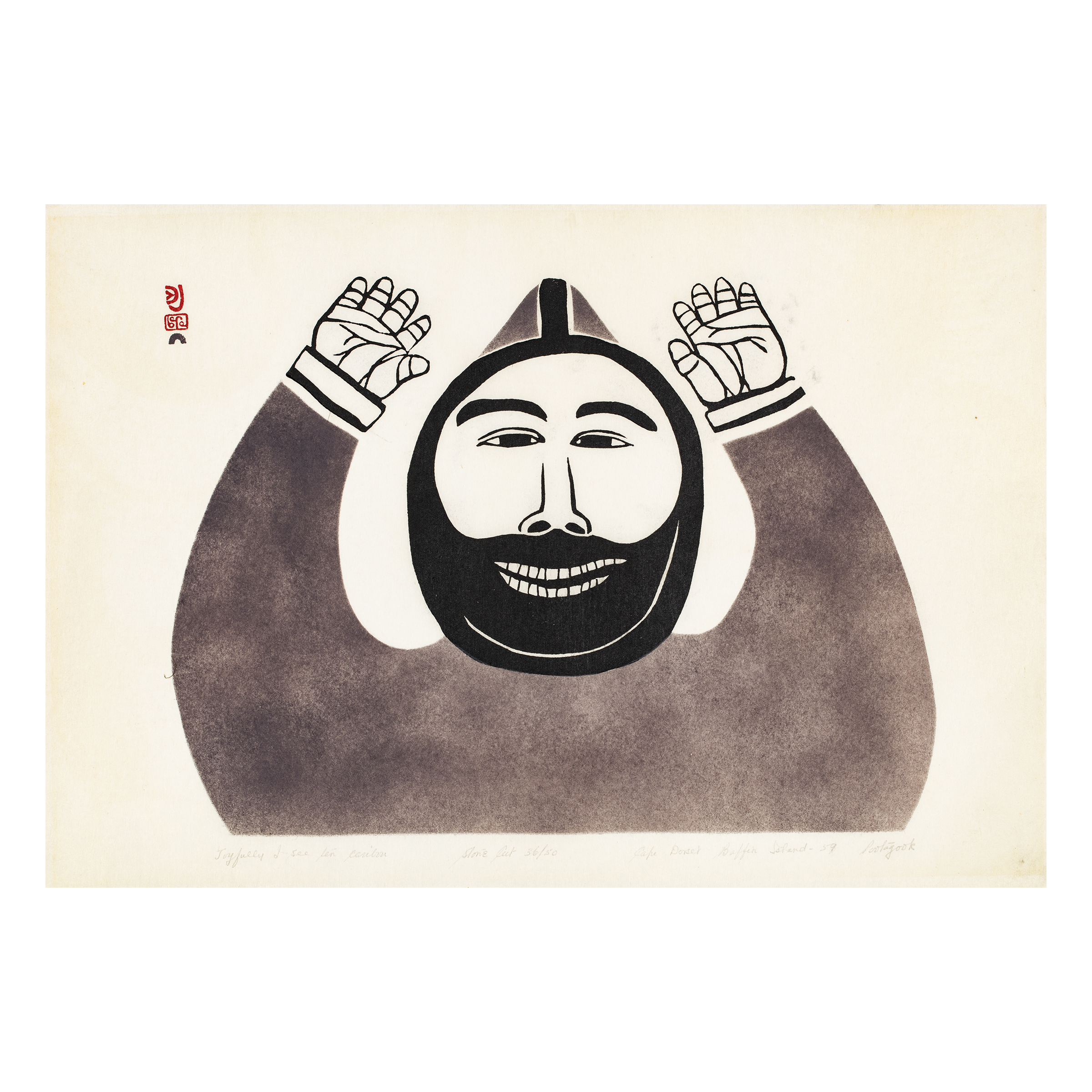 The 1959 Cape Dorset inaugural print collection was the product of intense experimentation by artists and printmakers, organized by James Houston. Although Kananginak is officially listed as the printmaker for this famous image, in Lalonde and Ryan’s 2009 catalogue (see below), he explained the actual extent of the collaborative effort on this print:

Joyfully I See Ten Caribou was done by paper stencil and by floor tile. The black areas were done by tiles. This print, which my father Pootoogook drew, was the very first one done [of the 1959 collection]. My father drew the pictures on the paper, James Houston did the tracing on the tile, somebody else cut it, and Osheweetook [Osuitok] and I put the colours on (p. 18).

Joyfully I See Ten Caribou and the other seven prints by Pootoogook made him an instant star, though sadly that tribute was posthumous. The print possesses the kind of simple graphic quality and direct communication with the viewer that made it an instant icon. The stencilled areas brilliantly frame the image’s most salient features: the excited hunter’s face and hands. These marvelously creased raised hands do double duty, as they also resemble the tines of caribou antlers.