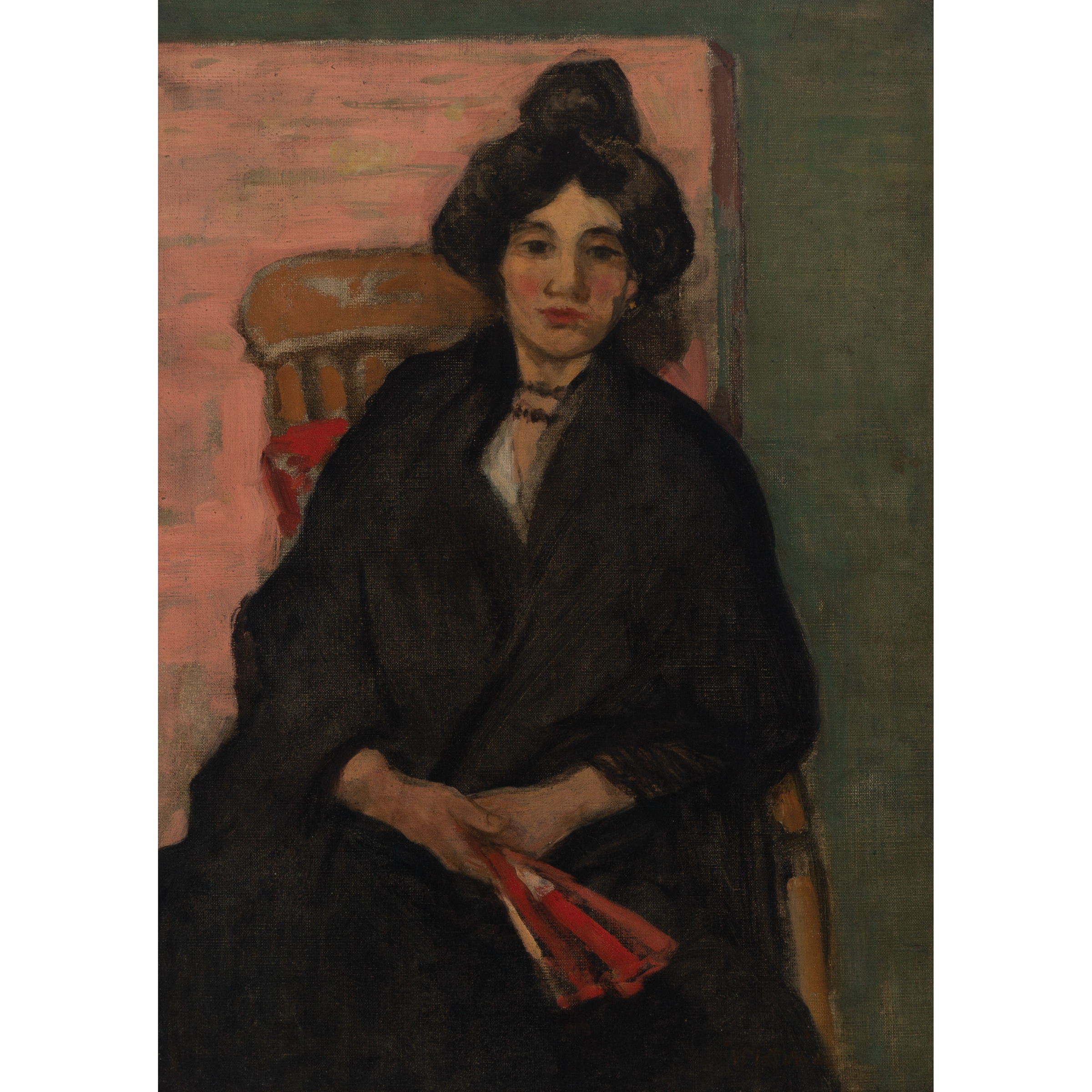 Old exhibition catalogues list only titles and lenders, rarely dimensions, with very few illustrations, if any. After years of Morrice research, his Catalogue Raisonné still contains “orphan” titles; vague ones (Venice) may remain so, but others, more descriptive, still harbour hope. Such was Lady with the Red Fan, no. 30 in the Memorial Exhibition of Paintings organized by the Art Association of Montreal (now the Montreal Museum of Fine Arts) in January 1925, lent by the artist’s Estate, which was handled by Montreal dealers Scott & Sons.

Morrice painted a few women holding fans, but they vary from pink to white, never bright red; we therefore propose to identify the present painting with the 1925 Lady. We ignore if Scott sold her, and to whom (their archives are lost), but we know that in May 1943 a young Montreal couple purchased our Lady as Portrait of Woman with Fan from the recently opened Dominion Gallery. Dr. Max Stern, its director for only seven months, was already crusading for the best in local Art vivant: Goodridge Roberts, subject of a solo exhibition the previous March, may have even seen this painting.

Although Morrice is mostly known for his globe-trotting landscapes, he was also a figure painter, especially between 1895 to 1915: a few portraits of friends, but mostly studio “studies” of professional models; not intended for exhibition until 1908, when he showed Une Vénitienne in Paris, described as a woman with one (or two) shoulder(s) emerging from a black shawl (yet unidentified). Our Lady with the Red Fan is more modest, but she also portrays a Venetian, as I found a few years ago when I first met her (Fig. 1, Private Collection). The model with the typical Venetian high bun is the same; she sits on the same chair backed by the same cushion, in the same black coat, and poses in front of the same salmon screen; the artist was standing at his easel, probably in a studio. But the paintings differ in size and support – a large wood panel for the profile, a larger oil on canvas for our Lady. But one is not the preparatory sketch for the other; both are stand-alone studies of the same model in the same setting, a unique occurrence in Morrice’s oeuvre.

The artist inserted her profile in his famous Venice, Looking Out Over the Lagoon (Fig. 2 woman at left), based on a small 1904 sketch where the faces of the two women at left are only pink ovals (Ottawa, National Gallery of Canada). Enlarging the shawled bodies was easy, but more studies were needed for the faces; so Morrice hired a model, perhaps Italian – there were many in Paris – and used a huge black coat (his?) to stand in for the shawl. But if the profile version qualifies as a preparatory study, Lady with the Red Fan stands alone as one of Morrice’s best, and rare, model studies from his mid-career. Her presence is such that her 1943 purchaser, and her descendant, never parted with her.

We thank Lucie Dorais for contributing this essay. Ms. Dorais is very grateful to Charles C. Hill for his help with the Dominion Gallery data. 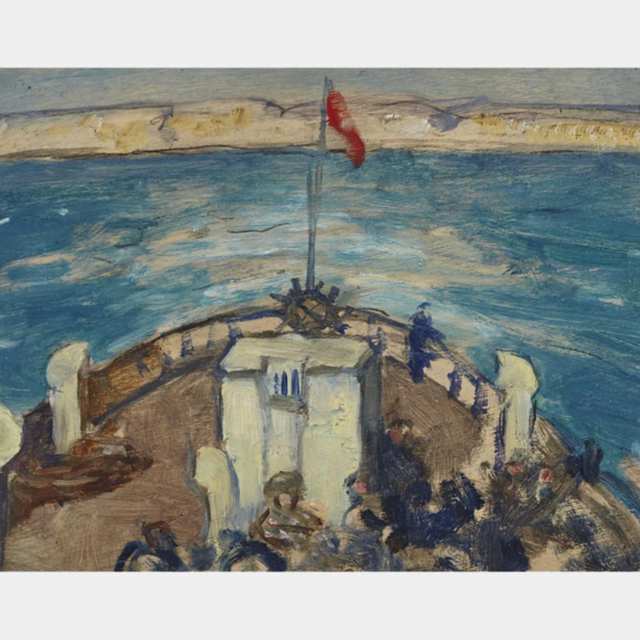 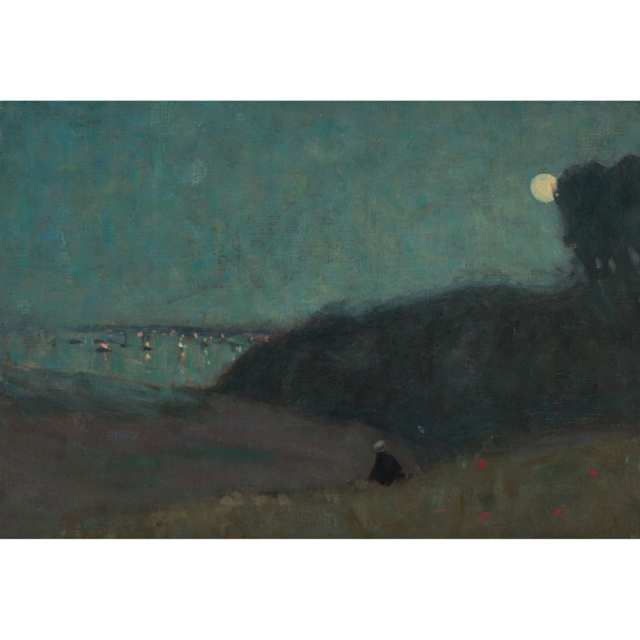 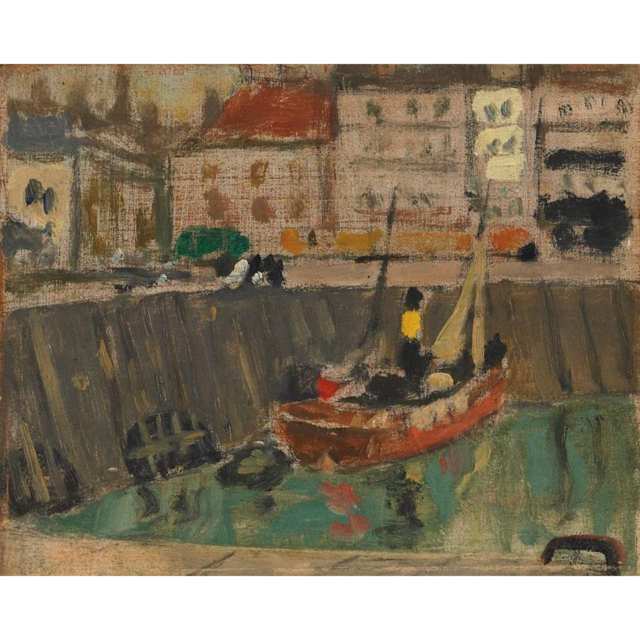