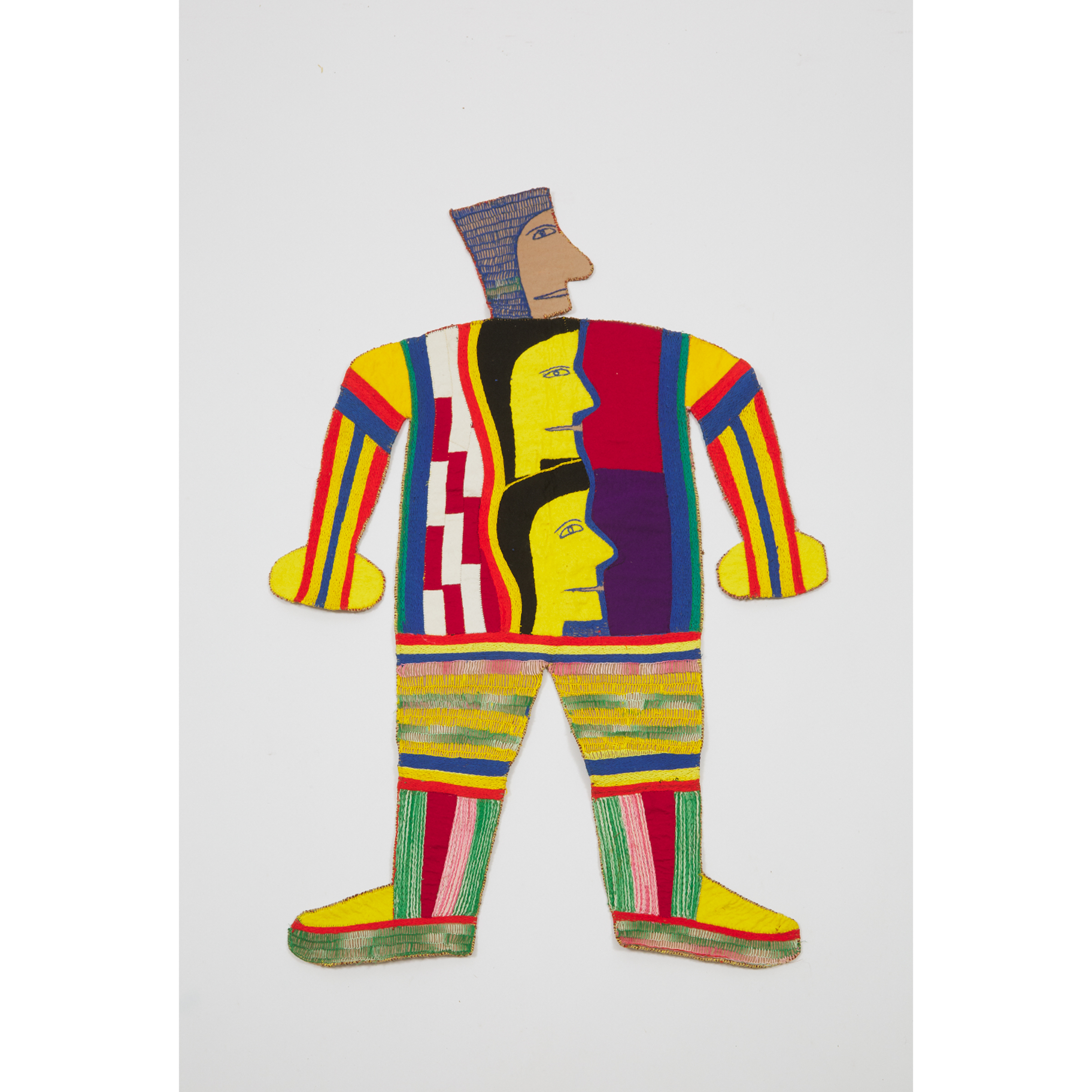 An artist of exceptionally fertile imagination and seemingly boundless creative energy, Jessie Oonark produced a truly remarkable body of drawings, prints and nivingajuliat (wall hangings) over her long career. Creating images sometimes formal in their symmetry but always subjective and impressionistic, Oonark has cited childhood memories as inspiration for her work. [1]

A departure from conventions of square and rectangular presentation, the present remarkable nivingajuliatt is perhaps the most striking example from a period of experimentation which started in the mid-1970s in which Oonark investigated a series of unconventional nivingajuliat profiles, including ulus, human figures, and even objects such as snow beaters. [2]

Acquired directly from the artist during a year-long stay in Qamani’tuaq (Baker Lake) in 1981, the consignor recalls her encounters with Jessie Oonark:

“The men taught me and my then-partner how to hunt caribou which was to be our main food source. But it was the women who embraced me and showed me how to tan the hides and then to sew a parka from a caribou I shot and skinned…it was here in the circle of women that I met Jessie Oonark. The women and children would gather to talk and laugh, drink tea and work together tanning hides and sewing them with sinew. Jessie was one of the elders and respected as such. I still have fond memories of her lovely smile. Jessie did not speak English and my Inuktitut was that of a young child. Through translation of the younger women I heard her stories about living on the land. She told me that she could fly…especially at night.” [3]

In storage since its purchase in 1981, the present work has been preserved in unusually exceptional condition. 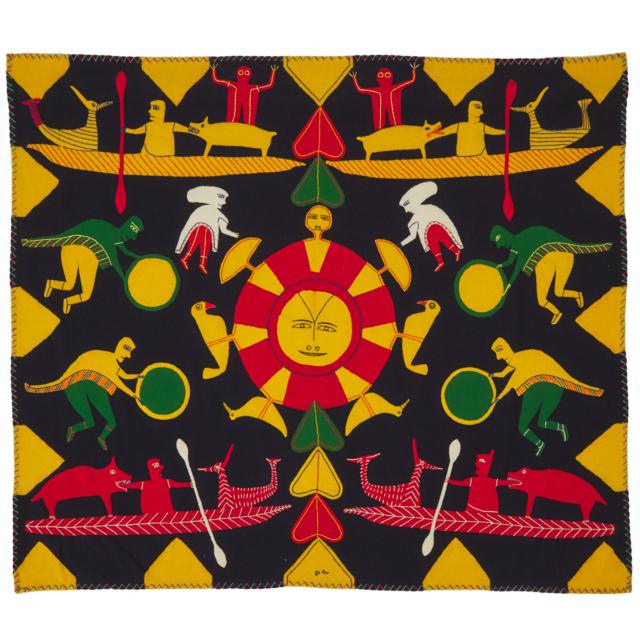 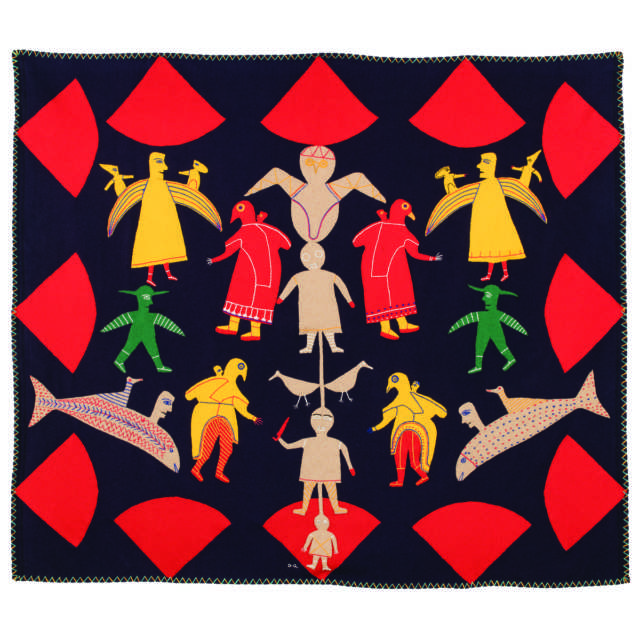 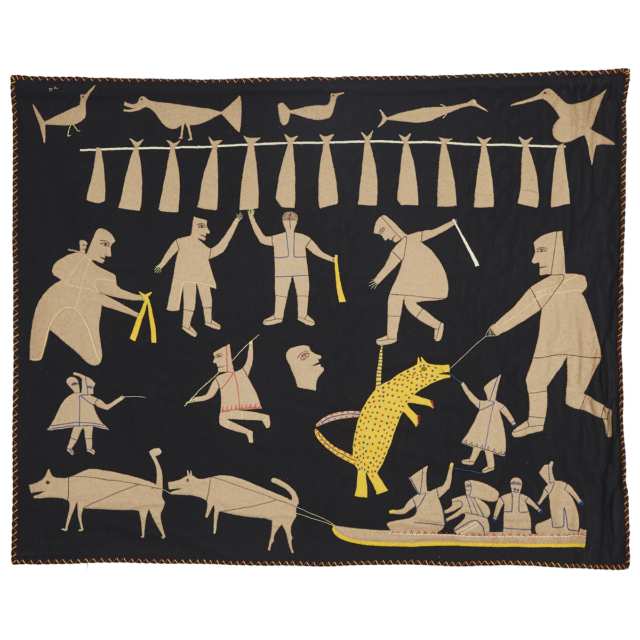