Past Imperfect: The Collections of Helen Mary Cavalier Quinn 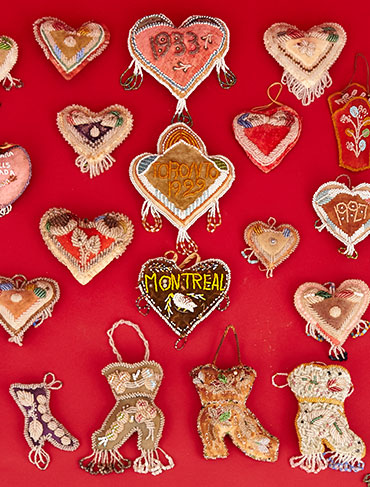 “I love rust. Perfect imperfection is what I seek.”

The Collections of Helen Mary Cavalier Quinn were built following her heart and sense of artistry. If something appealed to her, she didn’t mind chips and cracks. In fact she loved old repairs. Arriving in post-war Canada, Helen was a passionate collector of objects that had sustained the people who had come before to make this country habitable. Each object had a story.  Hearing about the importance of a blanket box and what it held, was moving to Helen. She had an appreciation of the value of the utilitarian, the meaning of making things work again, even when they seemed not be useful anymore.

Managing estates is a large part of the work Waddington’s does. Estates of the wealthy, famous, sometimes even notorious. Every estate has its own story to tell. The Collections of Helen Mary Cavalier Quinn come from the estate of a woman who was clearly much loved and admired, a woman whose passion for collecting inspired and brought pleasure to many. She was also a woman who found a new kind of beauty in things that might not be considered useful anymore, giving life to something that might be tossed away as broken.

Helen explained during a talk she gave for the opening of a quilt exhibit held at the Northumberland Art Gallery how women put their artistry into the utilitarian objects they made that kept their families alive during Canada’s harsh winters. That their work was essential to survival in an unforgiving climate, yet they made these things beautiful. Preservation was essential, yet with every thing they did to achieve that crucial goal, there was beauty. There was beauty in the things they stitched together or put back together in some creative way. There was beauty in their toil and beauty in the objects with the chips and cracks that happen in lives lived.

A graduate of the Cleveland School of Art who worked in advertising in the 1940s, Helen was a creative woman of many talents who possessed a great sense of style and intricate knowledge of antiques. It was the character and history of the objects that she collected that mattered the most. “I don’t collect a period” she said in an interview with The Upper Canadian in 1998. “I collect colour and form. Pure form, form that is perfect in its simplicity.”

Larry Thompson (The Upper Canadian) described stepping into her home was “like walking into the pages of a glossy interior design magazine.” Everything meticulously placed to create the right effect. Different styles shoulder to shoulder with the valuable and perhaps not so valuable. As she said, “I don’t have a lot of the best. I have things that I enjoy.”

A family member shares a story that seems to sum up Helen Mary Cavalier Quinn’s appreciation for beauty: “When living in New York, I took her through the Metropolitan Museum of Art. I had only so much time and wanted her to see this Cezanne that I knew she would know but had not seen in the flesh. I got her there and she stood there looking at it (it is amazing) and finally she turned to look at me with tears in her eyes and said, “I guess you get to see this whenever you want “. I loved her at that moment like crazy, even if there was some kind of jealousy in her response. I wish she could have stayed for a year and I could have tons more stories like that.”

Past Imperfect: The Collections of Helen Mary Cavalier Quinn will be offered as an online auction September 14 – 17, with a public preview September 15.