Provenance is Key in Our Asian Art Auction

John Hazedel Levis (1904-1993) was an author, lecturer-recitalist, and composer-pianist who lived in Shanghai from 1904 until 1949. His book ‘Foundations of Chinese Musical Art’, published in 1936, was highly regarded by respected members of the music community like writer Lin Yutang and opera artist Met Lanfang. Mr. Levis lived in Shanghai at the same time as Lin Yutang and Mei Lanfang; sharing a deep love for the culture of Chinese music, they certainly would have known of each other’s accomplishments, attended the same functions, and would have likely met on occasion.

Lot 75 – Liu Tianhua (1895-1932), ‘Selections from the Repertoire of Operatic Songs and Terpsichorean Melodies of Mei Lan-fang’, signed by Mei Lanfang, Circa 1930

The Property of a Countess

“This vase has been in my family for six generations since the late 1800’s when Chinoiserie was very fashionable in Russia. My family is Russian Aristocracy and after the Russian Revolution in 1917 were targeting by the Communists, when half of the family were either killed or sent to the Siberian gulags by Stalin’s regime. Three generations of women managed to survive until World War II when Germany invaded the Soviet Union. When the Germans retreated, my great-grandmother, grandmother and mother managed to escape their homeland and flee to Germany with some precious belongings. This vase was one of them. It survived the Allied bombings in Berlin, and came to Canada in 1947 with them when they immigrated here as refugees. It has been much loved and cherished.”

From the Collection of Robert Murray Bell and Ann Walker Bell

The Bell family began collecting Chinese porcelain in the 1930s, and continued until Robert Murray’s death in 1998. Dedicated and enthusiastic collectors, they gradually accumulated one of Toronto’s finest collections of blue and white porcelain. The majority of the Bell’s collection was generously donated to the permanent collection at the Gardiner Museum of Ceramic Art in Toronto. 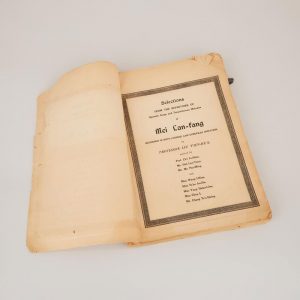 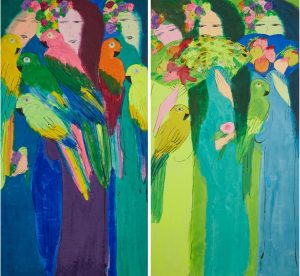 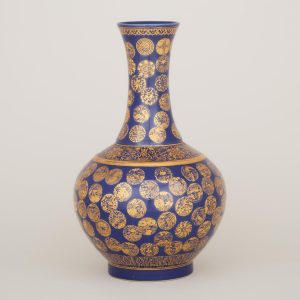 A Brief Introduction to Indian Sculpture