Wealth of Choice at Waddington’s Fall Auction of Canadian Art 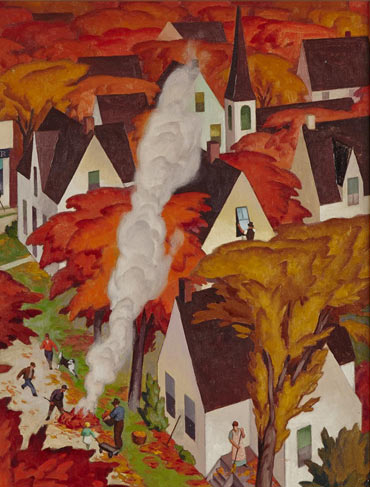 Auction estimated to realise between $3 and $4 million
Media Release – November 21, 2013

Toronto, ON – A “Wealth of Choice” is how Waddington’s describes the 193 lots being offered at their forthcoming major fall auction of Important Canadian Art on November 27, 2013, beginning at 7:00 p.m.

Over 120 artists are represented in the Canadian Art auction at Waddington’s. With works ranging from just a few hundred dollars to a few hundred thousand dollars, the sale is designed to be inclusive of all levels of collecting interest, and works of art were selected primarily on the basis of merit and not exclusively dollar value.

Linda Rodeck, Senior Specialist, Canadian Art and Vice President, Fine Art Waddington’s remarks: “When we were considering which works of art to accept for our fall sale, it was important that we provide opportunity for all our collectors – both seasoned and emerging. Bidders will see what may well be the broadest variety of art accomplishment being offered by any Canadian auction house this season.”

The auction boasts lots sourced from all over the world, including consignments from Tel Aviv, the U.K., Australia, France, Los Angeles, Florida, North Carolina, and across Canada.

Waddington’s has included in this sale a number of works by critically, and popularly-acclaimed artists such as John Clark, who do not yet have a strong track record at auction.

While the auction market tends to rely on past performance to make decisions, Rodeck is undaunted: “It’s no challenge to get great prices for blue chip paintings – and we have not ignored this segment in our sale – but we’re taking a slightly different approach here and trying to get clients to consider value collecting as opposed to the sort of momentum investing we have been seeing.”

Under Rodeck’s direction, the Canadian Art Department is hoping to offer its clients an exhilarating experience. Rodeck suggests that “Great art collecting must be about acquiring fascinating, provocative and beautiful works of art as opposed to trophy buying.”

This is Rodeck’s first auction since returning to Waddington’s this summer, having left her position as Managing Director of Sotheby’s (Canada) this past June. Her goal, she says, is not necessarily record setting for the auction but to increase what is known as the ‘sell through rate’.  “I’m hoping that we have estimated these works realistically and that the buyers will recognize the quality being offered here. I have a lot of faith in our clients. The positive response to our catalogue has been enormous!”

The sale is estimated to realize between $3 and $4 million and is followed by an online sale of more modestly priced artworks.