We’re delighted to announce that Gregory Humeniuk has joined our team! 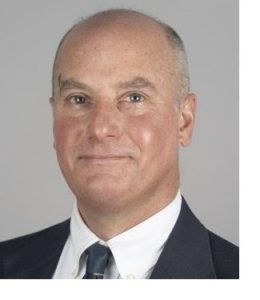 A highly sought-after researcher, writer, lecturer and curator, we are proud that Gregory has chosen to join Waddington’s team of specialists.

We asked Gregory a few questions about what influenced him, how he became interested in art, as well as his thoughts on collecting trends and the market, and what he’s looking forward to at Waddington’s.

Welcome to Waddington’s.  We’re curious—what is your first memory of art?

The direct experience of works of art has been key. My first memory of art may have been of drawings my grandfather made for my older brother. The drawings are unspectacular but were enchanting when I was three or four years old because I knew someone made them and they were made to be seen. Consciously and unconsciously that reaction has propelled my engagement with art.

Around the same time, I became aware of a pair of boxwood sculptures I think are Chinese, early 20th century, and a pair of early 20th-century Satsuma vases that were acquired by my mother’s paternal grandfather who, I understand, sailed in the British merchant navy. These and other things from him were always on view in my childhood home. They were endlessly fascinating and shared nothing with my lived experience. However, they sustained my interest longer and more deeply than any art I experienced until I first encountered paintings by David Milne and James Wilson Morrice.

Was there a particular influence that steered you toward a career in art?

I cannot recall an individual who steered me toward a career in art because I have been fortunate to be shaped by many. If there was a catalytic moment, it was a high school trip to Germano Celant’s The European Iceberg in the spring of 1985 at the Art Gallery of Ontario. Until then I had only seen art at the AGO and the Albright-Knox Art Gallery in Buffalo. The exhibition’s overwhelming effects were twofold: first, its ambition and its artworks were beyond anything I had experienced; second, despite my ignorance of the history of almost all of twentieth-century art the works captured and rewarded my attention.

From that moment, my interest in the object accelerated until my undergraduate study of the history of art was frustrated by courses taught entirely by slides. I compensated for this by enrolling in every course AGO curators taught, plus one taught by a Royal Ontario Museum curator, and playing hooky at the AGO, ROM and galleries in Yorkville. Experiences with Katharine Lochnan, Roald Nasgaard, Michael Parke-Taylor and Dennis Reid reinforced my intuition that art has to be experienced directly if one is to have any hope of interpreting it. Those undergraduate years feel as remote as a different geological age. No one with serious ambition wanted to be a curator, let alone focus on contemporary art. Curatorial work was for the also-rans, contemporary art was untried, and – egad! – I think ‘going into the trade’ would have been grounds for ostracization, if not summary expulsion.

What trends have you noticed influencing the direction of collecting?

The biggest trend over the last decade has been the increased interest in contemporary First Nations and Métis art made in the European tradition. Secondary market interest in artists like Kent Monkman, and Daphne Odjig is beginning to approach that of Carl Beam and Norval Morrisseau, and the diversity strengthens this market. Successful sales have given consignors and buyers the confidence to participate in the market, and I look forward to speaking with my colleague Palmer Jarvis (Waddington’s Inuit, First Nations and Métis Art Specialist) about this evolution.

One overstated forecast some colleagues in the museum sector like to make is that the days of the Group of Seven, Emily Carr, and Tom Thomson are numbered. It hasn’t happened yet and I cannot imagine interest degrading significantly for decades because the work is so good. Interest remains strong, and the constant performance of their work bears this out. The Canadian Group of Painters replaced the Group in 1933 and have come nowhere close to doing so in the secondary market. I kept waiting for signs of a generational shift, and now refuse to hold my breath.

The market for female artists is also compelling, and with it, the ways new generations of collectors will shape and nourish the markets and reputations of recently overlooked artists.

Naively, I expected an inevitable increase in interest in Toronto’s artists like the CGP, Painters Eleven, those of the Isaacs Gallery in the 1960s, the Carmen Lamanna Gallery in the 1970s and ‘80s, and on and on like an Old Testament lineage. That is not happening. It will not happen if current trends persist, and it is not entirely a bad thing that artists from those groups and galleries are being appreciated selectively.

Precisely because the museums are not sanctifying recent historic artists with exhibitions and publications the way they did with the Group 50 years ago, a more interesting array of Toronto artists are succeeding. A narrow band of Harold Town’s paintings have long done well, and with the effort of his estate, buyers are becoming more comfortable with other parts of his career. Jack Bush is generally very good, although the market still prefers his post-Painters Eleven work. Kazuo Nakamura is a superb anomaly because he seems to be cherished by collectors who are above the masculine stereotypes of American-type painting.

William Kurelek is the front-runner from the Isaacs stable. Meanwhile, Graham Coughtry, Michael Snow, and Joyce Wieland have done relatively well at auction while interest in Greg Curnoe and Jack Chambers is sporadic and hindered by availability (respectively), and none have succeeded with the regularity of Montreal’s Guido Molinari or Claude Tousignant.

Among the Lamanna artists, Paterson Ewen stood alone with his routered plywood paintings regularly attracting attention, and his earlier abstract paintings and even earlier paintings influenced by Goodridge Roberts getting attention. The Estate of General Idea has strong international dealer representation and interest, although major works seldom appear here. Of particular interest has been the performance of Ron Martin’s one-colour paintings of the early 1970s in the last decade, as well as works done up to the middle 1990s. Unlike General Idea or Ewen, Martin managed to antagonize generations of critics and curators while earning the grudging respect of a perspicacious minority. His last major museum exhibition was a generation ago, and despite the neglect, discerning collectors appreciate the rigour of his work as they do that of Molinari or David Milne.

The only thing about which I am confident, and the recent success of artists like Bush, Martin and Molinari gives me confidence in this regard, is that when a major change in taste happens it will be as different from the Group as the Group was different from Cornelius Krieghoff or Horatio Walker.

If you don’t mind sharing—what’s in your personal library?

Canadian art has been my professional focus for most of my career, and Canadian is the single largest category in my art history library. Within that, most of the books are about art made between 1867 and 1967 and many go to the present. They are complimented by publications on European and North American art that contextualize the contemporary Canadian art.

I enjoy catalogues raisonnés as a mode of publication and writing. At their best, their authors’ fluency with and insight into the material shuttles between the granular and the global. In the Canadian field, David Milne, Jr. and David Silcox’s, David B. Milne: Catalogue Raisonné of the Paintings (1998) is exemplary, and a ready reference. More diverse, David Mannings’ volumes on Sir Joshua Reynolds and the Dedalus Foundation’s catalogue raisonné of Robert Motherwell paintings and collages reward every glance.

Artists’ writings are another area of interest. They can be dissemblers and shameless self-promoters, yet their textual traces reflect and refract their creativity. More generously, the writings of Paul-Émile Borduas, Emily Carr and David Milne add another dimension to my understanding, and I hope I live long enough to see a properly edited and volume of Milne’s writings in print.

We’ll put you on the spot now—what do you consider the highlights of your career?

I prefer thinking about artists retrospectively, not myself, but I will do my best to answer that question.

While at the AGO I worked on dozens of applications with hundreds of artworks I have worked on for certification of cultural property for income tax purposes made to the Canadian Cultural Property Export Review Board for gifts to cultural institutions valued in millions of dollars. Each file was a unique mix of a donor’s emotions, expectations, history, and motivation. When we were forthright and open, the process was a collaboration that led to the perfection of major multi-work gifts from the estates of Jack Chambers, Paterson Ewen, and David Milne, as well as a discretely powerful trio of Milnes from a family whose mother was a close childhood friend of Milne’s second wife.

Working closely with donors, getting to know and understand them was a cumulative highlight I look forward to continuing with Waddington’s clients.

My interest in documentation comes directly from my academic and professional experience where reliable documentation is more valuable than most interpretation. The bibliography and chronology I prepared for the AGO’s Jack Chambers: Light, Spirit, Time, Place, and Life (2011), and my “Tom Thomson and the Group of Seven: A Chronology,” for the McMichael Canadian Art Collection’s A Like Vision: The Group of Seven & Tom Thomson (2020) provide fundamental references in print for others to use and foster new insights. My preoccupation with frames and my work on the intake of the Thomson Collection of Canadian Art at the AGO opened me to the opportunity to deliver the paper, “Reframing Tom Thomson and the Group of Seven in the Thomson Collection at the Art Gallery of Ontario: From Principles to Practice,” at a symposium held at the Montreal Museum of Fine Arts and have the paper published in Journal of Canadian Art History (2014).

A final highlight was an honour of immense personal and professional importance. When Ron Martin received the Governor General’s Award in the Visual Arts in 2012 his nominator, Roald Nasgaard, was unable to attend the Rideau Hall ceremony because of a commitment outside of the country. With Roald’s permission, Ron asked me to introduce his career and contribution to the visual arts prior to receiving his laureates’ medal. It was marvelous to be present for a great artist’s moment of national recognition.

Now that you’ve been around Waddington’s for a few weeks—what are you most looking forward to?

Being part of a team within the Canadian department, and the larger Waddington’s team is exciting.

Restrictions around COVID-19 will subside, and it will be a thrill to speak regularly with colleagues whose cumulative experience can be counted in generations. Also, getting to meet Waddington’s current clients and developing relationships with new ones as we shepherd the custodianship of works from owner to owner will be invigorating.

This list could go on for pages, and I will conclude with what I look forward to in my new professional world, the auction world. The role of technology, the balance between online sales and personal consultation, and the evolving art market will lead to unforeseeable changes. The future will then upturn those changes, the human element will remain, and I look forward to the journey. 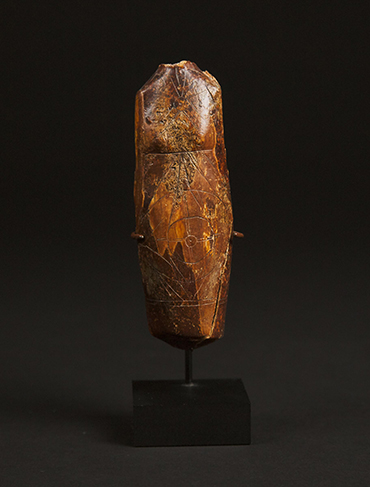